A Different Kind of Treehouse

David and Debby Thornton’s Baton Rouge house could be described as a treehouse. Not the kind that sits high among the branches. Rather, it was built to coexist in harmony with the live oaks on the property and for its inhabitants to enjoy beautiful views of those trees from every vantage point.

The property’s location was its first selling point. David’s son, daughter-in-law and two grandchildren live just a block away and David, who was not married at the time, wanted a house nearby. When the lot was put on the market, it piqued his interest, but he couldn’t figure out how to build a house without destroying the trees.

“I didn’t want to cut down the trees,” says David who has a degree in forestry and owns a water treatment chemical company that sells to cities and industrial accounts.  “I agonized over it.”

David took architect William Sonner to see the property and Sonner knew right away that he could design a beautiful house within the existing framework of the trees. Only one of the five live oaks had to be removed.

“I was skeptical, but he did it,” says David, who also wanted the house to look old. “William is from New Orleans and he took me through some houses he had done in Old Metairie with live oaks.”

The resulting house, a complicated structural system designed to disturb the tree roots as minimally as possible, combines timeless Hays Town and French Quarter influences and is often mistaken for an old house built in the first half of the 20th century. All of the brick is old as are the heart pine floors throughout.

“We were trying to give them view, view and more view with privacy and lots of light,” says Sonner.

David also credits the success of the house to the other talented members of the design/build team. When trouble with the initial contractor held up the process, builder Wayne Boudinot stepped in to finish the project, while Michael Hopping did the landscaping and Patrick Tandy the interior design.

Strategically designed windows and French doors marry the interior and exterior, a feature that works well for the couple’s love of entertaining and for the emphasizing the magnificent trees.

“I’ve got more French doors than I can say grace over,” quips David. “William made sure every view has a live oak. His location of windows is genius.”

Debby’s favorite thing about the house is the view of the garden and pool from the master suite in the morning.

Per David’s request Tandy created a transitional masculine interior (there are new pieces as well as antiques from such Baton Rouge sources as Fireside Antiques and Dixon Smith) with nothing “frou frou” and complemented it with art by Baton Rouge artists.

When David and Debby married, Debby, who has a background in interior design, changed only two things with Tandy’s input – she swapped out the mantel in the living room with a custom marble version made to fit the space and added an antique gilt mirror above it.

Both husband and wife love their home among the trees and the relaxing lifestyle it fosters.

“It’s like a resort,” says David, who has the oaks cared for by Bayou Tree so the grounds and views can be enjoyed for years to come. “This house,” he adds,  “was built to save the trees.” 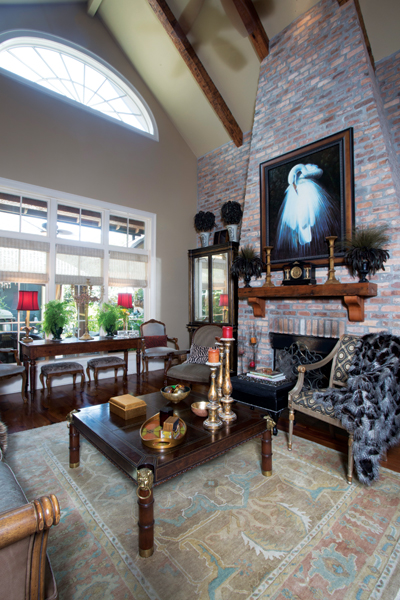 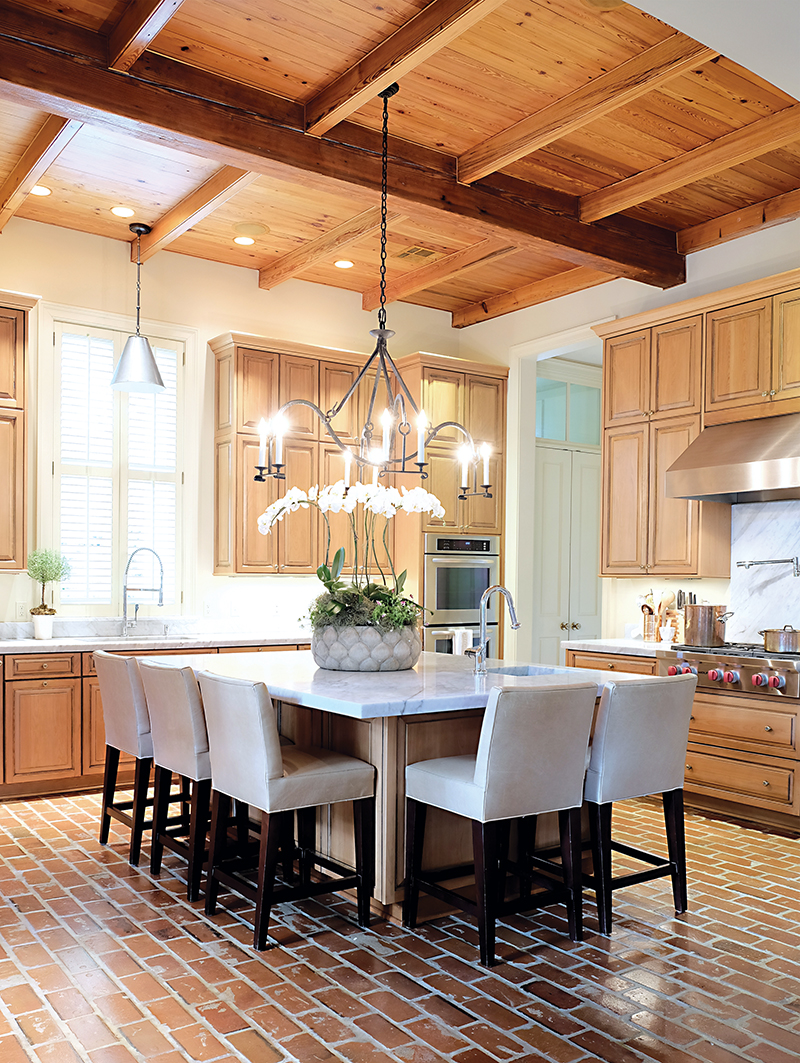 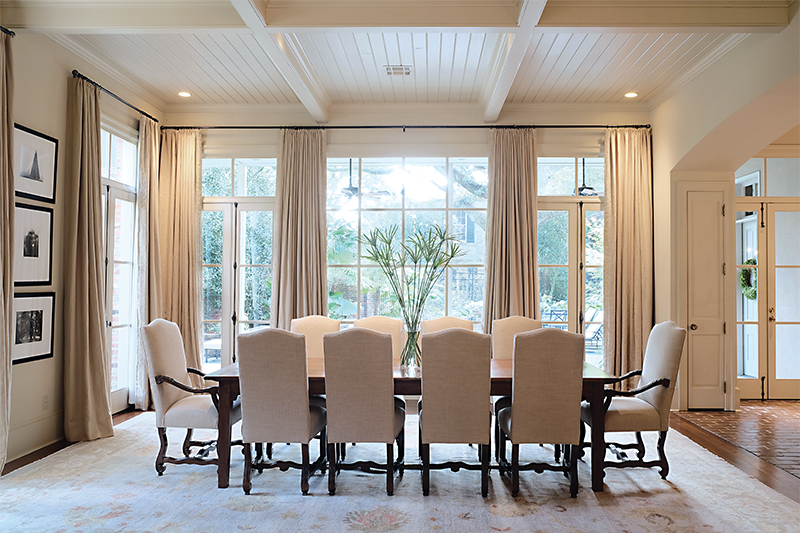 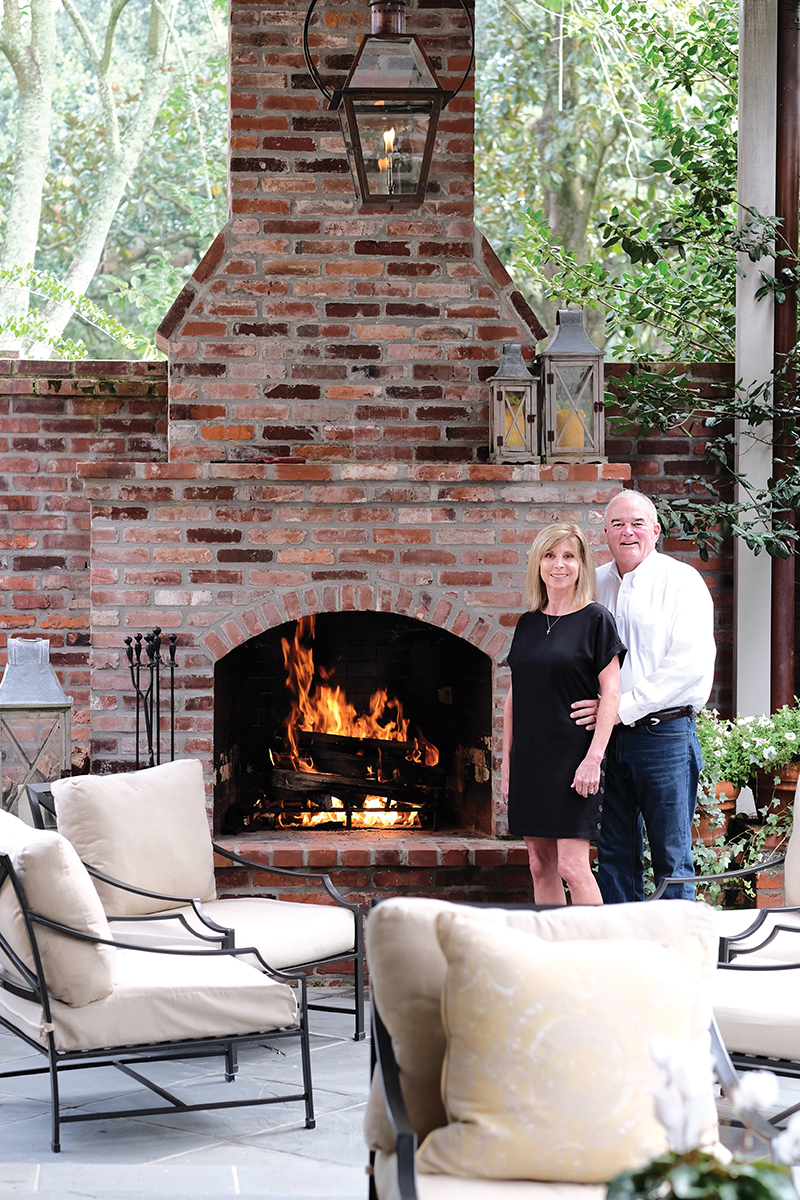 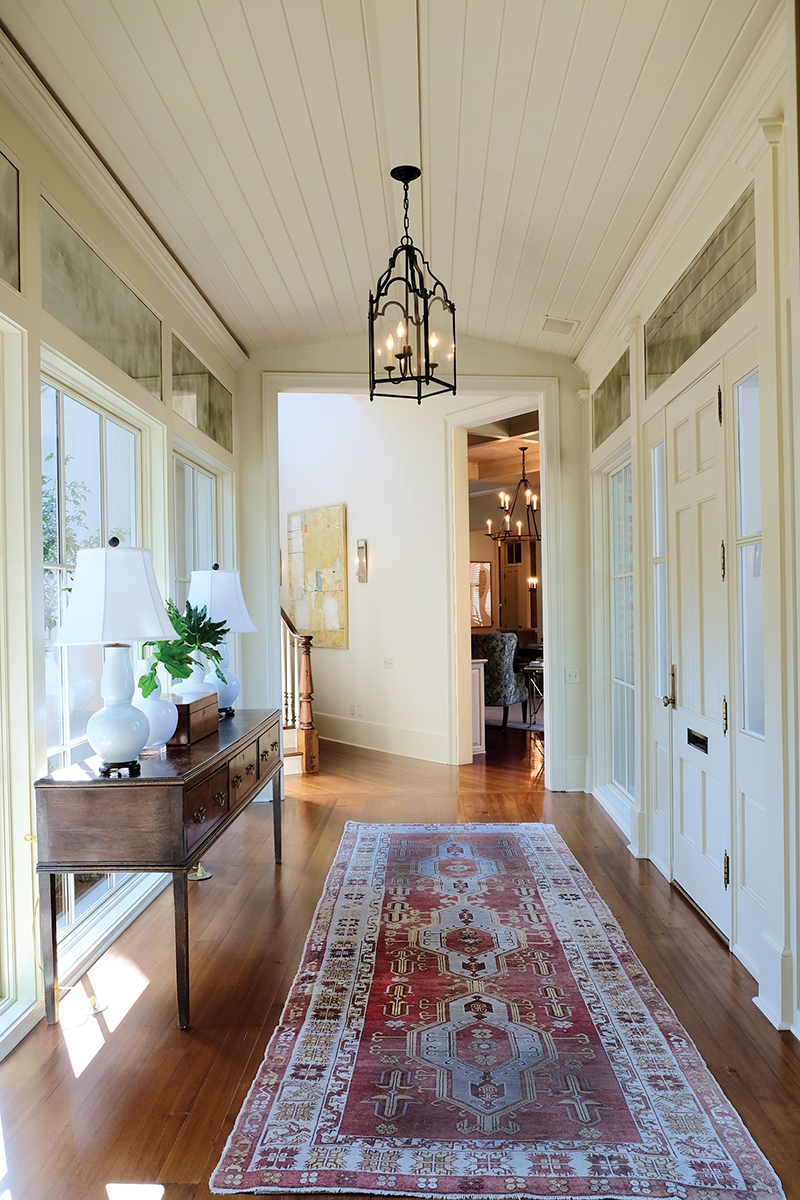