In Louisiana, nobody needs to travel very far in any direction to hit water loaded with fish. In fact, water occasionally comes to the people – whether they want it to or not!

In just about any fresh system in the state, anglers might catch largemouth bass, two species of crappie, several sunfish species, three types of catfish and many other critters. Some species, such as blue catfish and alligator garfish, reach enormous size. People don’t call Louisiana the Sportsman’s Paradise for nothing!

Sportsmen of Louisiana owe this diverse bounty to the mighty rivers that flow through the state. Rivers quite literally built Louisiana. For eons, the Mississippi River and its tributaries drained the best topsoil from 31 states and two Canadian provinces and deposited that fertile cargo into the vast wetlands of South Louisiana. Today, Louisiana contains about 41 percent of the coastal wetlands in the United States. These wetlands create some of the richest, most diverse habitat in the world. 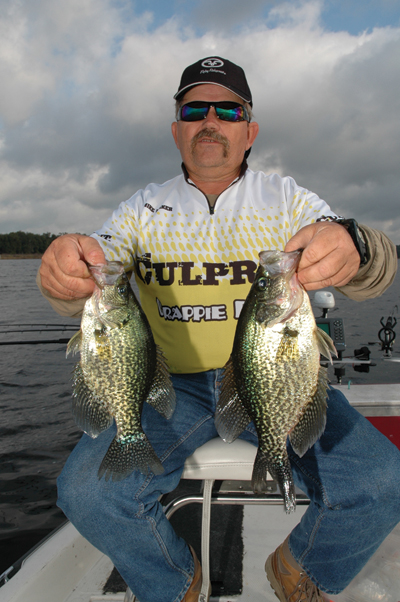 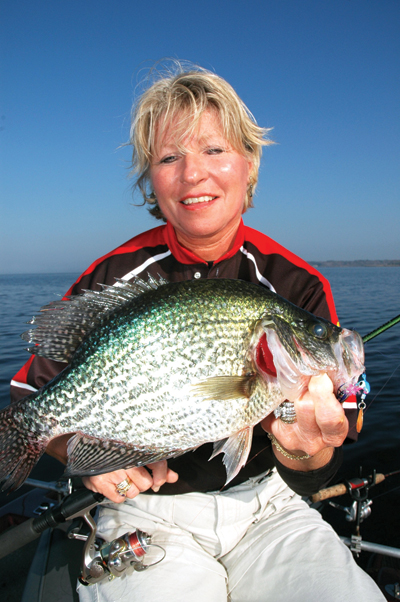 The Red
The crimson-stained waters of the Red River, a major tributary of the Mississippi, flow down out of the Great Plains and cut a 250-mile-wide swath across Northwest and Central Louisiana. Five water control structures between Shreveport and Simmesport tamed the once-raging river, creating five fish-rich pools that now produce lunker bass exceeding 10 pounds. Bassmaster magazine ranks the Red River as No. 47 of the top 100 bass destinations in the nation. 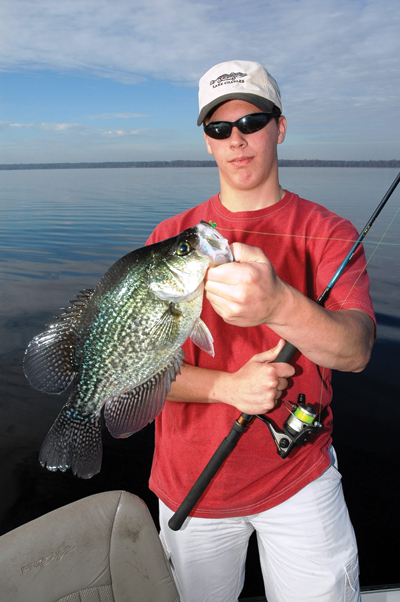 Near Simmesport, the Atchafalaya River breaks off from the Red and flows about 142 miles to the Gulf of Mexico near Morgan City. The Atchafalaya siphons off 30 percent of the Mississippi River flow, creating the million-acre Atchafalaya Basin. The river feeds the largest river overflow swamp in the United States and creates a vibrant, growing natural delta that more than 300 bird species, numerous animals and countless fish call home.

The Mississippi
The Mississippi River and its tributaries harbor some of the biggest catfish in North America. On Sept. 27, 2012, Mike Richardson set a pending state record with a 31-pound, 2-ounce channel cat he pulled from the Mississippi River while fishing beneath the Crescent City Connection in New Orleans. In April 2005, Keith Day hauled in a state-record blue cat weighing more than 110 pounds from the Mississippi near St. Francisville. The Mississippi, Red and Atchafalaya rivers contributed seven of the top 10 blue cats caught in Louisiana. Wax Lake Outlet, part of the Atchafalaya River delta, produced the state- record flathead catfish, a 95-pounder. The Red River contributed four of the top flatheads. 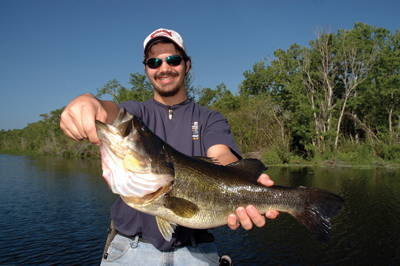 The Pearl and the Sabine
Besides the Mighty Mississippi, two other rivers help define state borders. Pearl River creates 119 miles of the border with the state of Mississippi before flowing into the marshes near Lake Borgne by Slidell. The Sabine River separates Louisiana from Texas for about 265 miles, including Toledo Bend Reservoir, before emptying into Sabine Lake. The 186,000-acre Toledo Bend probably offers the best freshwater fishing in Louisiana and some of the best in the entire country. This 65-mile-long impoundment near Many offers anglers more than 1,260 shoreline miles and drops to more than 110 feet deep in places. 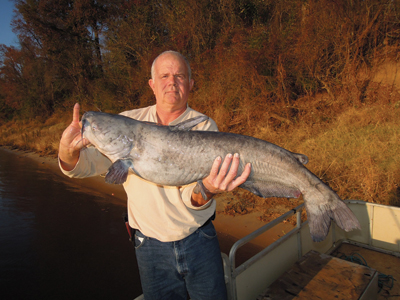 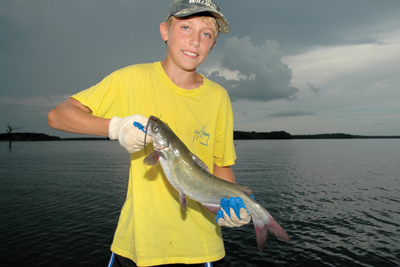 “Toledo Bend is always good for big bass,” says Ricky Yeldell, a Louisiana Department of Wildlife and Fisheries biologist. “It produces a lot of 10-pounders each year and some up to 13 pounds. Any part of the lake can produce a big bass.”

While largemouth bass generally make the most news, Toledo Bend also holds striped bass exceeding 40 pounds, massive blue and flathead catfish and huge numbers of crappie with some exceeding 3.5 pounds. The reservoir also holds some of the largest bluegills, white bass and yellow bass in the state.

“Toledo Bend has a tremendous catfish population, but it’s underutilized,” Yeldell says. “It’s possible to catch a catfish over 100 pounds in Toledo Bend. The bigger catfish are usually flatheads, but we have some pretty impressive blue cats. It’s not uncommon to catch 40- to 50-pound blue cats.” 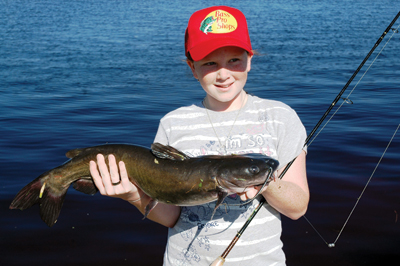 Rivers, Creeks and Bayous
Between the Sabine and the Pearl, Louisiana sportsmen might also fish the Ouachita; Tensas; Black; Boeuf; Calcasieu; Amite; Blind; Tickfaw; Tangipahoa; Tchefuncte; Bogue Chitto; Whisky Chitto; and numerous other rivers, creeks and bayous that feed an abundant tapestry of life. Most fresh water in the state comes from these rivers and associated waters. In just about every Louisiana parish, sportsmen find that a lake, river, creek or bayou runs through it.

With so much fresh water flowing through the Sportsman’s Paradise, anglers can find fishing action just about anywhere in the state. In fact, some of the best spots don’t even have names. Children on bicycles fish small ponds for bass and bluegills or tiny roadside ditches for bullheads, while multimillion-dollar yachts cruise the Lake Pontchartrain Basin.

South of New Orleans, the 300-mile swath of wetlands collectively known as the Louisiana Delta ranks 27th on the Bassmaster magazine list of hot fisheries. The Louisiana Delta hosted four Bassmaster Classics. In February 2011, Kevin VanDam set a record for the largest weight ever seen during a Bassmaster Classic. Fishing in Lake Cataouatche at the upper end of the Barataria Estuary, VanDam landed a three-day tournament limit of 15 bass weighing 69 pounds, 11 ounces, for about a 4.65-pound average. He beat the old record by more than 13 pounds. 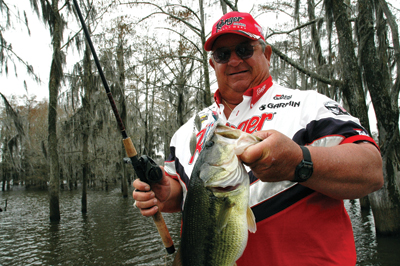 “I have never seen anything like Lake Cataouatche,” VanDam said after winning his fourth Classic title in 2011. “It’s a phenomenal habitat. This is a special place.”

Through the Gulf Intracoastal Waterway and a labyrinth of canals and bayous, the Cataouatche-Salvador system also connects to the 14,720-acre Lac des Allemands in St. John the Baptist Parish near Thibodaux. Farther west, the Intracoastal Waterway connects to marshes near Morgan City at the southern end of the Atchafalaya Basin. Hurricane Isaac hit the area hard in August 2012, causing some localized fish kills.

“Some fish kills did occur after Hurricane Isaac, but Lake Cataouatche still has a lot of fish,” says Tim Ruth, an LDWF biologist in Lacombe. “I don’t think it was hit as hard as some adjacent lakes. Lake Salvador now has more vegetation because it’s more influenced by the freshwater diversion and should be a good place to fish in coming years.”

The delta wetlands also create some of the best catfish habitat in the nation. Besides Lac Des Allemands, other great catfish lakes include the 11,500-acre Lake Palourde, the 1,024-acre Grassy Lake and the 14,000-acre Lake Verret near Morgan City. Each of these lakes can produce numerous flathead and blue cats in the 40- to 60-pound range and incredible numbers of channel cats.

“South Louisiana has some of the best catfishing in the world,” says Mike Walker, an LDWF biologist. “The entire Atchafalaya system down to Atchafalaya Bay is phenomenal for catfish.” 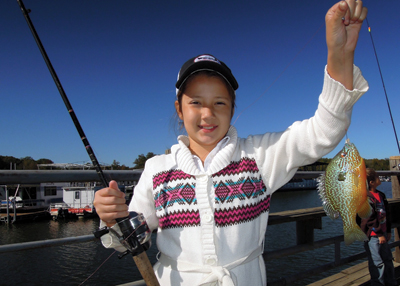 Lakes and Reservoirs
Across North and Central Louisiana, many impoundments offer excellent fishing for bass, catfish, bluegill and crappie. Called by some “the most beautiful lake in America,” the 26,810-acre Caddo Lake straddles the Louisiana-Texas line about 17 miles northwest of Shreveport. About 12 miles wide and 16 miles long, the lake looks more like a flooded cypress swamp than a natural lake. Both states stock millions of Florida-strain largemouth bass into the system. In fact, the lake’s record bass exceeds the Louisiana state record. Keith Burns landed a 16.17-pound behemoth on March 20, 2010, but weighed the fish in Texas. Another Texan, Sean Swank, caught a 16.07-pounder on March 18, 2011.

Not far away, Lake Bistineau covers 17,200 acres near Minden. The swampy cypress-studded lake has produced bass exceeding 11 pounds in the past. It also holds good populations of catfish, crappie and bluegill.

Caney Lake near Chatham in Jackson Parish produced six of the top 10 largest bass ever caught in Louisiana, including the state record. Greg Wiggins set the Louisiana bass standard with a 15.97-pounder he pulled from the lake in February 1994. The 5,000-acre lake also produced the state record redear sunfish, or chinquapin, a 2.87-pounder landed by Jerry Smelley in August 1998. The lake also produced record-book crappie, yellow bass and bluegill. 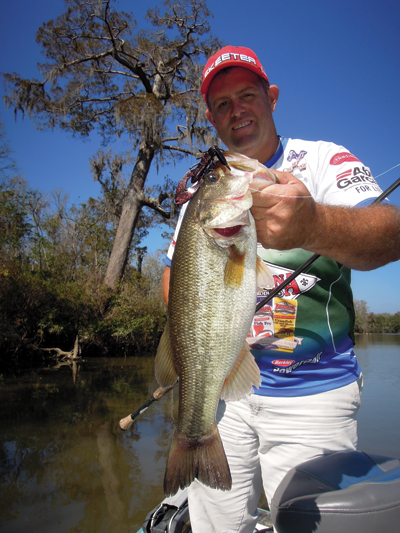 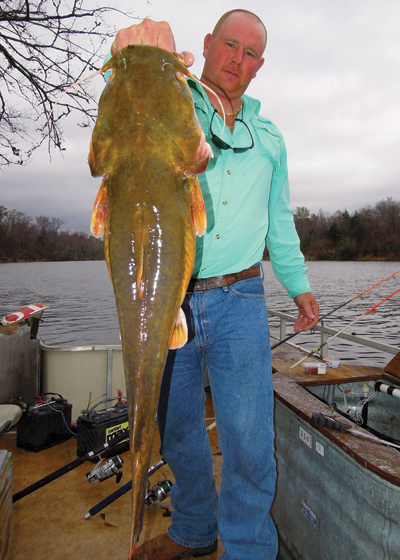 One of the newest lakes in Louisiana, the 2,700-acre Poverty Point Reservoir near Delhi, began filling with water in 1998 and opened to fishing in 2003. The state stocked it with Florida bass, so it now produces many fish in the 5- to 9-pound range with some exceeding 13 pounds. The lake also produces huge crappie and channel catfish. In April 2010, Randy K. Causey set the Louisiana black crappie record with a 3.84-pounder. The lake also delivered a white crappie weighing 3.25 pounds in March 2011.

“Poverty Point Reservoir has a tremendous number of channel cats,” says Ryan Daniel, an LDWF biologist in Monroe. “We’ve seen some as big as 15 pounds. Poverty Point has also become known as a big crappie lake. Anglers commonly catch crappie up to 2 pounds. Several 3-pounders came out of the lake.”

One of the better fishing lakes in Central Louisiana, Black Lake covers 13,000 acres near Campti. Fed by the Red River, it harbors bass occasionally topping 12 pounds. The lake can also produce crappie in the 2- to 3-pound range and good catches of flathead and channel catfish.

“Black Lake is very productive for catfish,” says Ricky Moses, an LDWF biologist in Pineville. “It has a big watershed that fluctuates, but when the water is stable, it’s hard to beat for size and numbers of crappie.”

One of the most pleasant water bodies in Louisiana, Cane River Lake began as part of the Red River. In the 19th century, the Red River changed course near Natchitoches, leaving a long narrow lake that runs for 35 miles and covers 1,275 acres. The old oxbow offers good bass, catfish and bluegill action.

Wholly within Chicot State Park, Chicot Lake covers 1,700 acres and looks more like a picturesque swamp. About 7 miles from Ville Platte, the scenic lake can produce bass weighing more than 13 pounds and good catches of bluegills. 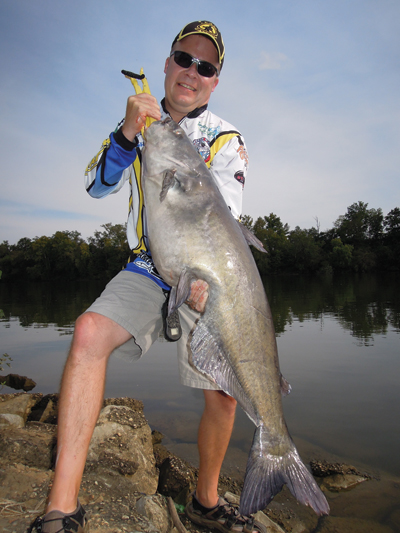 From massive lakes and mighty rivers to tiny bayous, potholes and ponds, Louisiana offers endless opportunities for anglers to catch big line-pullers. Of course, no compendium of hot honey holes could possibly cover all the great places to catch fish in Louisiana, but part of the fun of fishing includes exploring new hot spots in the rightfully named Sportsman’s Paradise.

Categories: Lifestyle, Things To Do