Randell Henry of Baton Rouge is a remarkable artist who creates vibrant and often cryptic paintings and collages that reflect an imagination and intellect drawn to the rhythms and cultures of Africa and the African-American experience. 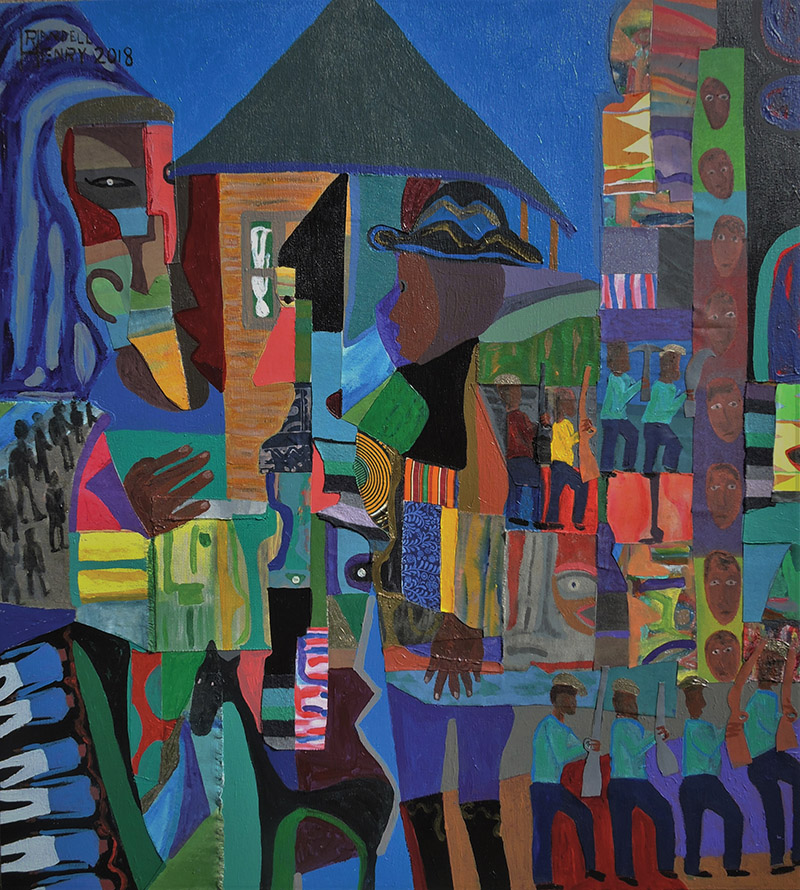 “Royal March Into the City” 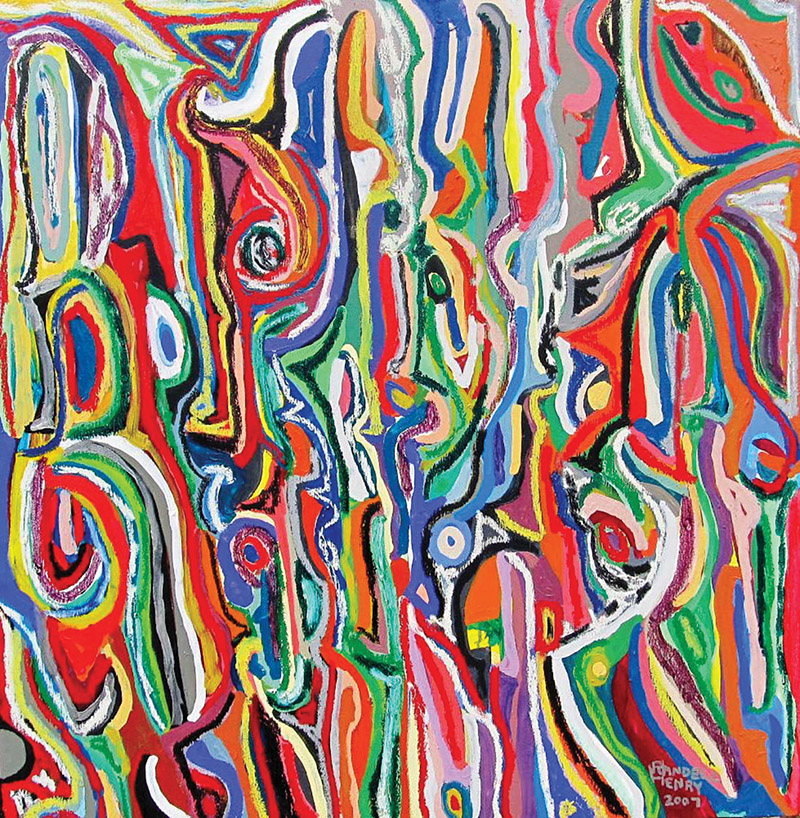 Henry is perhaps best known for his seemingly abstract collages influenced by African and Asian art as well as the Modernist painters of the first half of the 20th century. They are all there — the Cubists, Surrealists, Abstract Expressionists. Look deeper into his compositions where stories are told.

“My approach to making collages involves the use of improvisational methods of playing with shapes, colors and patterns,” Henry says. “I approach each work from an abstract format first by making pure shapes and forms work together. By working on compositions in this manner, I enjoy surprising myself by finding hidden symbols, figures, faces and abstract patterns that I can find meanings through. When figurative forms appear, I try to develop those in relationship to the composition to make the work pleasing for one to look at again and again. At times in the creative process, this involves bringing order out of chaos.”

Henry accomplishes that goal in that viewers must open their own imaginations to understand the “order” he has created from “chaos.” That task became clear in a recent retrospective of Henry’s art organized by the Louisiana Art and Science Museum, or LASM, in Baton Rouge. The exhibit, titled “Soulful Journey,” unfolded an impressive 40-year career that has taken him from Baton Rouge and New Orleans to major cities across the country and as far away as Denmark and Africa.

“Henry’s mature work,” says LASM’s chief curator and exhibit organizer Elizabeth Weinstein, “combines his interest in collage with that of abstraction and evinces a personal vocabulary composed of vibrantly painted undulating lines and sinuous shapes inspired in part by colors, symbols and repetition found in African art. Almost hidden within the seeming chaos are eyes, figures, hands or faces, iconographic elements that feature throughout Henry’s oeuvre.”

Born in New Orleans in 1958, Henry grew up in the Baton Rouge area and has resided in Scotlandville since the 3rd grade. His interest in art began at an early age while attending the South Scotlandville Elementary School. In his spare time, he became a regular at the local library where he read books about famous artists such as Jackson Pollock, Pablo Picasso, Marc Chagall, Robert Motherwell, Hans Hofmann and others. After high school, Henry went on to receive a bachelor’s degree in art at Southern University in Baton Rouge and later a master of fine arts at LSU.

“I started painting in 4th grade,” Henry says. “By 6th grade I decided to become an artist. Mrs. Richardson came to my classroom once a week to do art demonstrations for the class. I sat close, right up to her as she made pastel landscapes on paper. It was fascinating to watch her work with colors and shapes. On Fridays my teacher, Mrs. Belizaire, gave the class cards with a painting by a famous artist on it. I remember the wonderful work by Jan Vermeer, ‘Young Woman with a Water Jug’ on one card and the museum it was in was mentioned. That is what I dreamed of doing, making paintings and getting some in museums. By junior high when I discovered modern art and abstraction I never looked back. I knew that was what I wanted to do.” 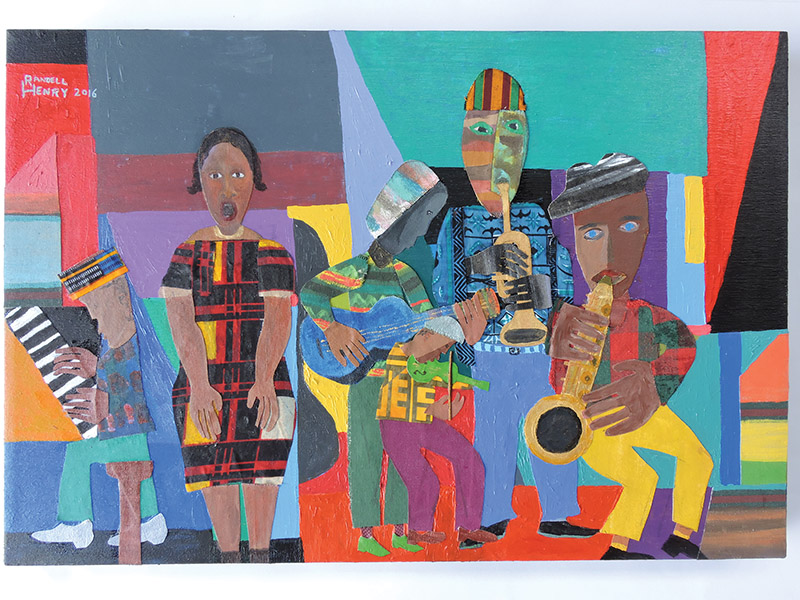 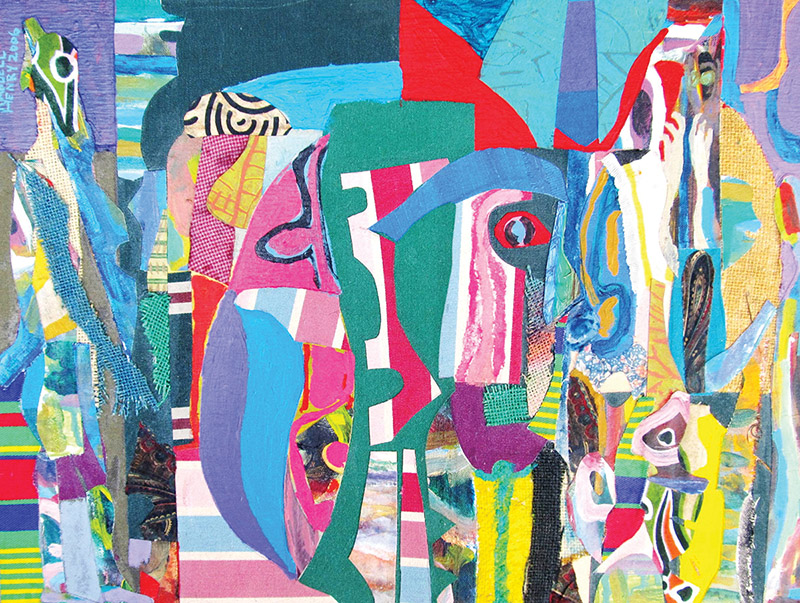 “I create art because I am an artist. As an artist I feel that I should have works of art coming out of me. I want to see what the next finished work will look like. I want people to see and respond to works that I make.”

At first, his mother had reservations about his interest in art. In junior high, however, she gave him $5 to buy paints.

“As my mother pressed that $5 bill into my hand,” Henry says, “she told me to not ask her for any more money to buy paint. She said, ‘I’m sending you to school to get your lesson, not to paint.’ After I began to sell a few paintings I bought other colors. My mother enjoys walking around galleries now, looking at my paintings.”

Henry realized his dream of being a full time artist after completing graduate school in 1982. He struggled at first but then the breaks came. That same year, he had a show at the prestigious Nahan Fine Art Gallery in New Orleans, and two years later he joined the Baton Rouge Gallery where he continues to show his work. In 1991 John Bullard, then director of the New Orleans Museum of Art, visited Henry’s studio and selected 15 large paintings to exhibit at the museum. Henry also has had a long relationship with the Stella Jones Gallery in New Orleans, which has featured Henry’s paintings and collages in shows across the country.

As his art and reputation grew so did invitations to participate in major juried exhibitions. In 2011 the U.S. State Department selected two of his collages to hang in the American embassy in Liberia, Africa, and in 2014 the LSU Museum of Art included one of his large paintings in an exhibit featuring famous African-American artists of the Harlem Renaissance. In 2018, and at the invitation of the Stella Jones Gallery, Henry created a stunning collage to celebrate New Orleans’ Tricentennial. The collage, titled “Royal March Into the City,” depicted in brilliant colors and imagery the ill-fated 1811 slave uprising in the River Parishes between Baton Rouge and New Orleans.

When not creating his own art, Henry teaches art at Southern University in Baton Rouge where he also serves as an associate professor and curator of the university’s art gallery. He moves easily between the two worlds.

“I enjoy teaching students the importance of the visual arts,” Henry says. “As curator of the Southern University Visual Arts Gallery, I am able to bring exhibitions to the campus. Every university has to have a place for art and someone telling students about the vast history of art. From all walks of life, art is a big influence for creativity in any field of study. Look at the world’s 200 top art collectors and you will find names that are behind some of the biggest companies in the world, the movers and shakers of the world.”

Like most artists, the need to create drives Henry. After completing one composition, he immediately looks forward to the next one and what it will say.

“I create art because I am an artist,” he says. “As an artist I feel that I should have works of art coming out of me. I want to see what the next finished work will look like. I want people to see and respond to works that I make.”

Walking among Henry’s paintings and collages, one can’t help but respond. They draw you in and demand attention. “Order out of chaos” will do that. 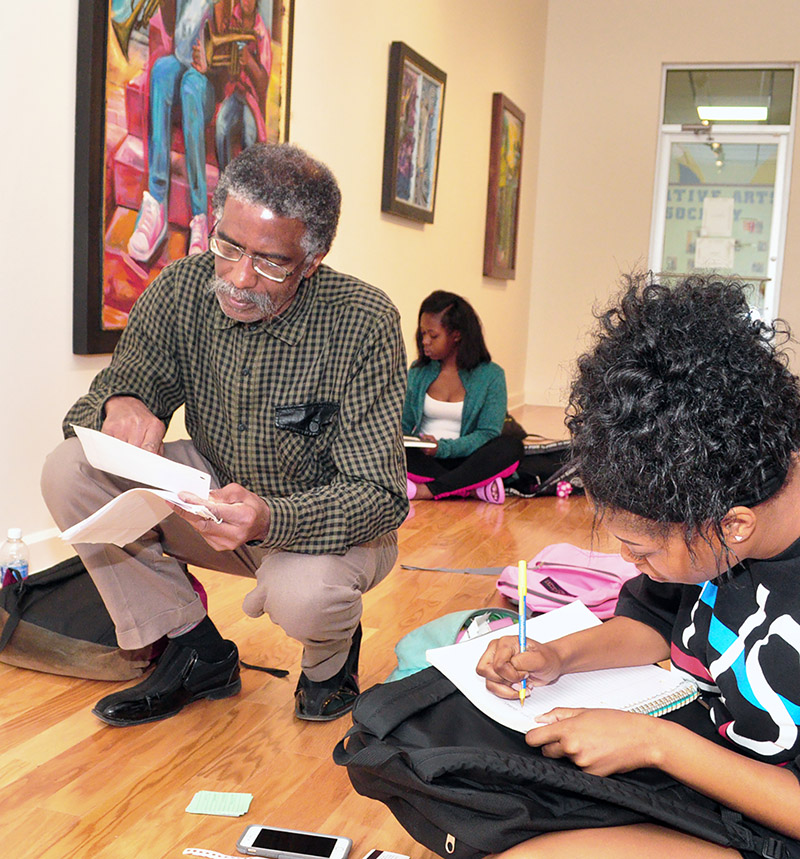