Shreveport photographer Ann George is an artist, a storyteller and a playwright — not in the conventional sense of writing narratives and dialogue, but in composing staged photographic images that appear as still but quiet moments in a story or play inspired by her deep roots in the life and culture of Central and North Louisiana. 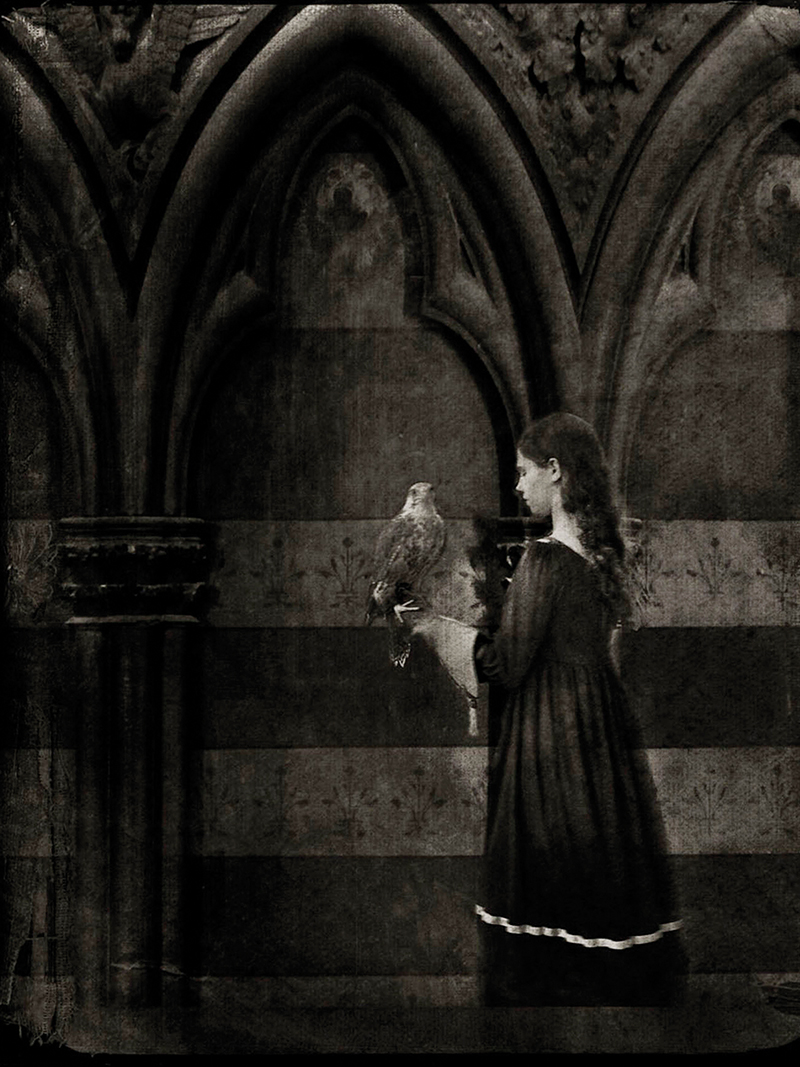 “Louisiana is the genesis of all my work,” says George, who was born and raised in Alexandria in Rapides Parish and has strong Cajun family ties to nearby Marksville. “This sense of her [Louisiana] is also etched in me as metaphors.”

In her series “Evangeline Reflected,” for instance, George’s photographs or “metaphors,” which some describe as Southern Gothic or Pictorial, appear as dreamlike spectral allusions to the culture-threatened “resiliency” of Acadian and Creole families and their “modern-day exile in America.” Her “Gumbo’s Virtue” images, reflecting Louisiana’s diverse cultural spices, “feeds the memory that grows on the backyard vine” of her youth. Another series titled “Three Chapters of Illumination” describes, as she says, a “metaphorical journey towards liberated living” from “bondage to spiritual faith, from spiritual faith to great courage, and from courage to liberty.”

The staging, composition and dark ethereal mood lighting give her images the appearance of art photography popular in an earlier era. Yet, whether stated or implied, Louisiana’s stories, history, literature and myths are common almost spiritual threads in her work.

“Louisiana’s modest roots, Southern values and storytelling carved the landscape of my life,” she says. “I am her daughter and whether or not one sees Louisiana in one of my images is irrelevant. She is always there. I sense her in her old things that still have a purpose, in her soft blanket of pine straw beneath my feet, and her suffocating summer nights. I smell her in that strong coffee, in the mud and the paper mills. I see her in the blur of the cotton and the sugar cane fields as I pass by as well as the small white churches that dot the landscape. I hear her voice in the distant train whistles and the song of the cicada signaling the dark and in the accents of the people I love.”

“I like developing a story for an image,” she says, “and then attempting to communicate it through the camera and in postproduction. My work in the ‘Evangeline’ series led me to travel the state with my model in tow and locate places that whispered Evangeline was here. I bring in the raw, unedited images, sort them and choose which one might convey what I was thinking or feeling at the time. One of the things that has surprised me … is that what I captured was not what I thought I wanted to achieve. It’s better, even almost in a spiritual way. I feel the perfect shot is gifted through me.”

George’s journey in art photography began late in life and only after a long career in health care. With a degree in nursing from Northeast Louisiana University, today’s University of Louisiana at Monroe, she spent the next 10 years as an intensive care and trauma nurse at the LSU Medical Center in Shreveport. From there, George moved on to management positions while founding and operating 20 hospitals in a private health care system.

Then in 2005 the nurse became the patient when she was diagnosed with multiple sclerosis. Not to be undone, George gradually withdrew from the business world as she delved deeper into photography where she found solace and expression.

Fortunately, George had found that portal to solace during a 1995 visit to a New Orleans photography gallery where she saw the work of the internationally acclaimed Texas-born Louisiana photographer Josephine Sacabo. Her work opened George’s imagination to the self-expressive possibilities of art photography. She saw how she could stage and create images based on stories, fairy tales, literature and experiences in her own life.

“It took my breath away,” says George. “Sacabo’s ‘Susana San Juan’ image was staring into my soul. That day I understood what all the fuss over art was all about. I never had such an appreciation for it until then. It was right there at that moment staring at Susana San Juan that I knew that one day I wanted to learn how to photograph in a way that made me feel like that. To tell you the truth, I have never reached that same sensation with my own work. I think it will be something I continue to chase as I improve and try new things.”

“She became my biggest cheerleader and had a no-nonsense attitude toward my self-doubt,” George says. “It was the most pivotal point in my photographic and personal life. My work is in the world because of Josephine. She told me to get it out there, and as much as I felt unworthy, I could not ignore her. I hit the ground running, and since then, her words have been validated by others concerning my work.”

When asked about George’s work, Sacabo described her as “a photographer of great depth whose vision is expressed with true courage and heart-stopping beauty.”

George did indeed hit the ground running. Over the last decade her images appeared in over 30 solo and group shows across the United States as well as in Mexico, Argentina and at the Louvre in Paris. She also has received a long list of awards, lectured to photography groups from California to Quebec, Canada, and featured in major publications in the United States, Canada and Great Britain. Representing her work are galleries in Shreveport, Cape Cod and New York City.

Obviously, Sacabo’s instructions to George — “Get on with it girl, you are the real thing” — have gotten results. She now gives workshops and strives to be a “Josephine” to other women photographers and to awaken in them a passion for their art.

In so doing, she says, “I hope to open the hearts of those who come to learn . . . how to tap into that passion.” 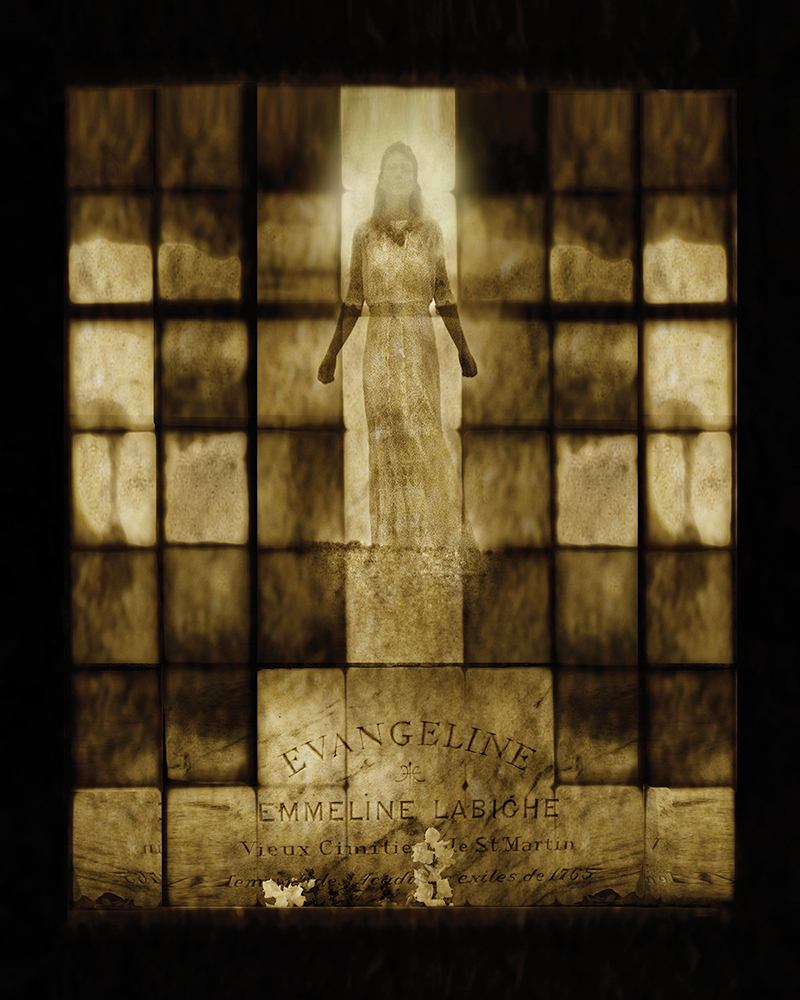 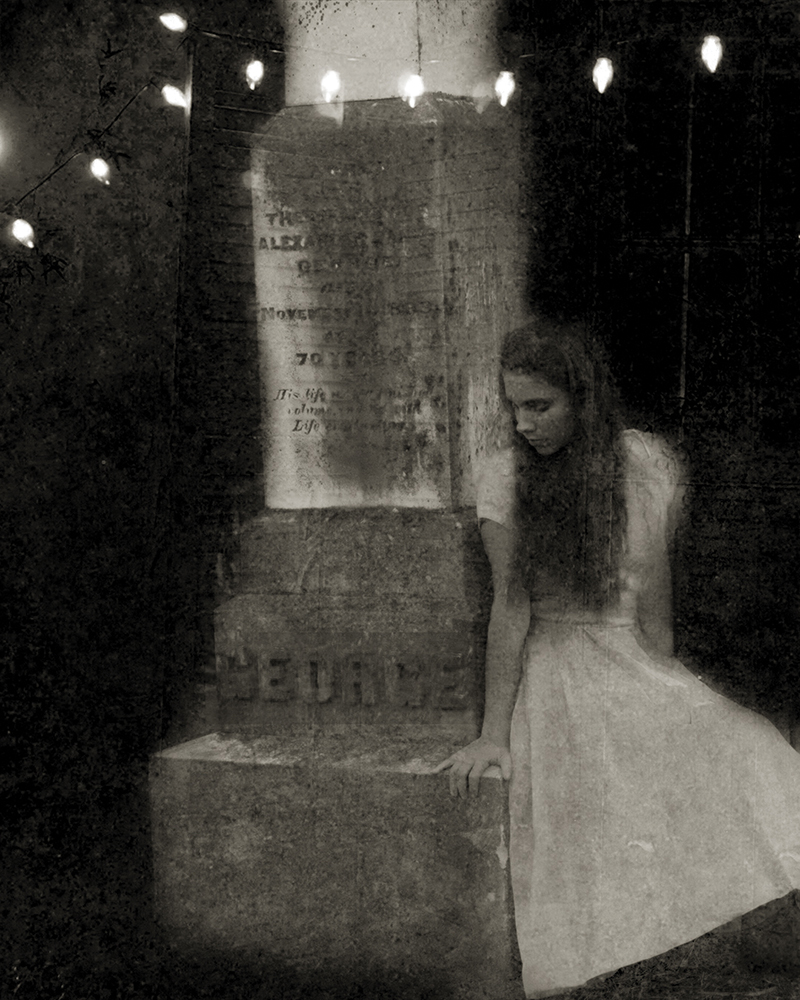 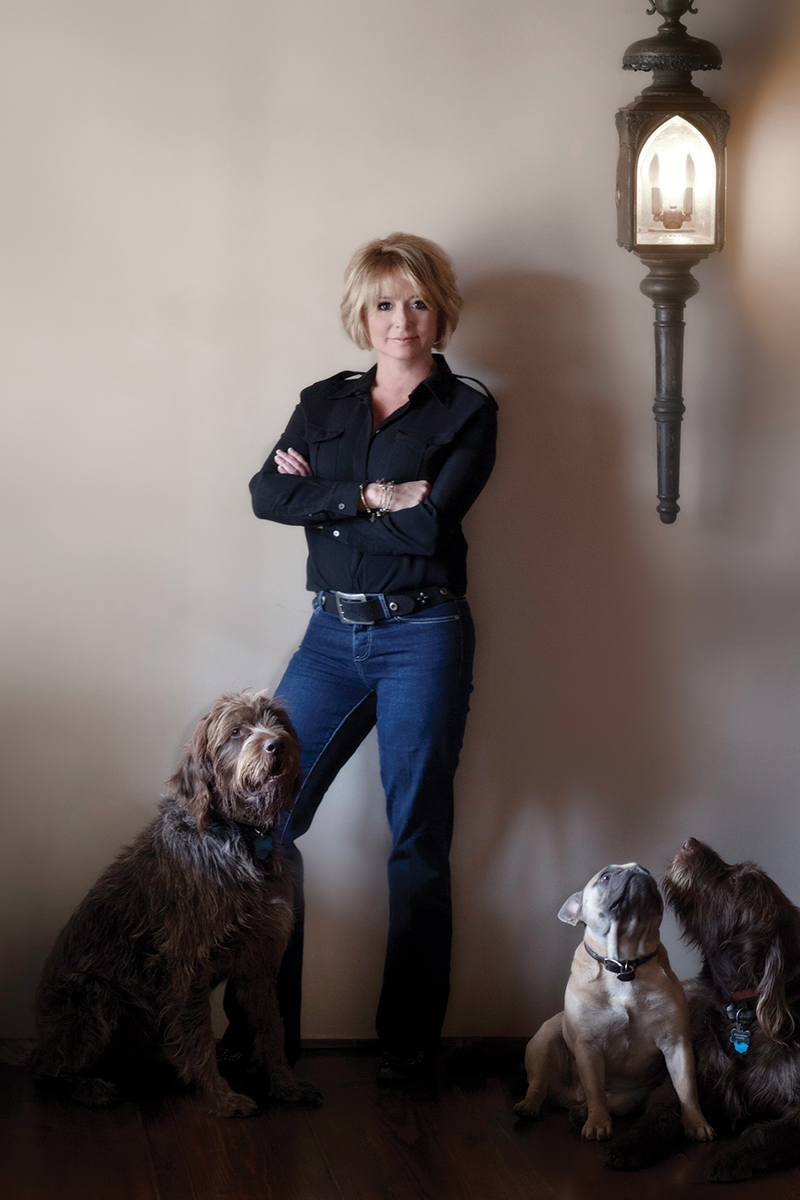