What happens when a town has lots of lumber suitable for building grand houses but few architects to draw blueprints on how to build them? Well, if the town happened to be Lake Charles during the late 1800s, folks went ahead and built the houses anyway. This was the beginning of Lake Charles’ Charpentier (French for “carpenter”) District, where homes are distinctive from other Louisiana styles of architecture.

According to the city’s official explanation: “This style contrasted with the existing galleried cottages popular in the rest of the state. Also present was a variation of the Colonial Revival style, which became a sort of local sawmill version of the classic Southern plantation. Today, the Lake Charles sawmills and lumber yards are gone, leaving the unique homes of the Charpentier Historic District as the only reminder of its early twentieth century heritage. It is an impressive legacy, allowing future generations a glance at Lake Charles’ golden age.

There were no true architects in the area until the early 1900s, so each house reflects the characteristics of each builder or carpenter. These carpenters got their plans from pattern books, but were very creative in combining elements and details from various styles. This blending of architectural features has been named “Lake Charles Style Architecture” by Jonathan Fricker, architectural historian for the state of Louisiana.

That style blends traditional designs with freedom and innovation. For any neighborhood, that’s a combination worth building on.

This 101-year-old home has seen several major alterations. The original family who lived here converted the second floor to accommodate boarders in the 1940s and removed the interior stairs, adding an exterior staircase. A fire in the ’60s destroyed the second story, so the house was reframed and re-roofed as it became a one-story house. When the Durios bought it, they reconfigured it once more by re-designing the interiors with new finishes and surfaces and by adding a double garage, a white picket fence and a screened porch. 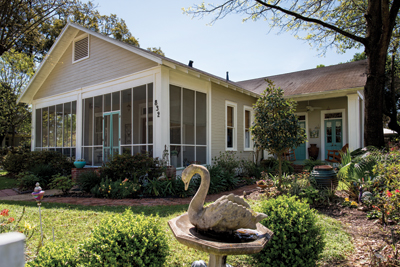 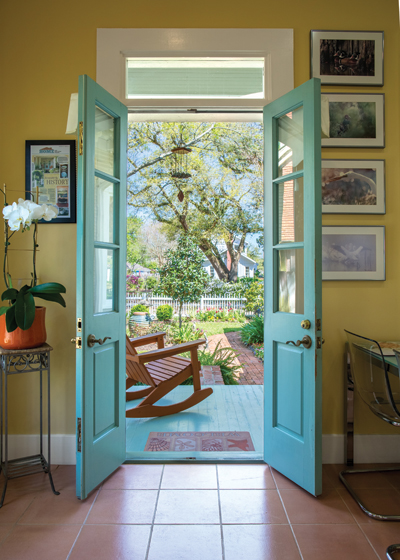 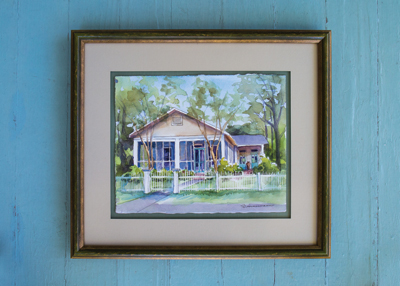 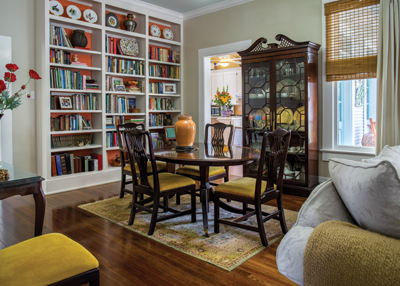 This  storybook Eastlake Victorian was built for George Rock Jr. in 1900, who arrived from the Midwest. The Rocks were seduced to move to southwest Louisiana by the real estate genius J. B. Watkins, who bought 1.5 million acres in southwest Louisiana and promoted it in the late 1800s as a new paradise of frostless winters and abundant harvests. Now owned by Mary Vivian Davis, the home features unique architectural elements including decorative hinges and hardware, diamond-paned windows, shingled gable ends, “German” siding, an Eastlake French balcony and a double-pitched roof with eaves supported by brackets. The roof is a rare example of “pent-eave,” designed to pitch heavy rainfall further away from the exterior walls. 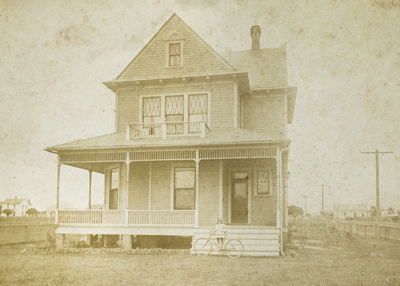 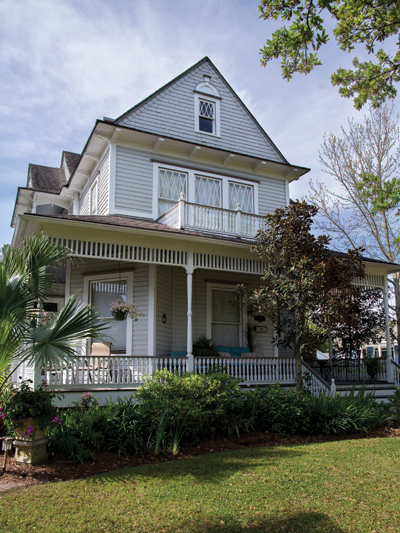 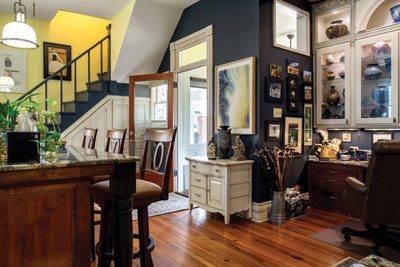 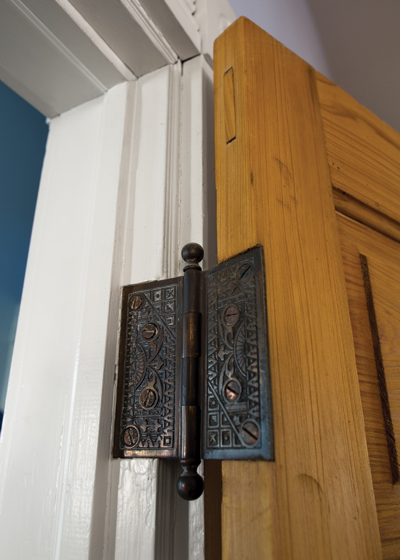 Theodore Roosevelt spent the night here while on a sportsman’s paradise hunting trip in 1917. Note the massive two-story columns.  These paneled columns can be seen on many properties in the area and have been academically determined to be a distinctive part of Lake Charles architectural heritage. 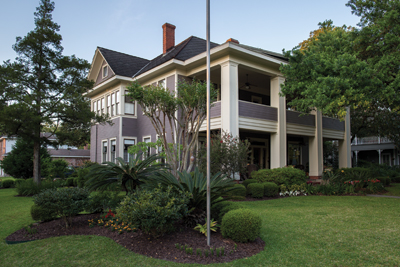 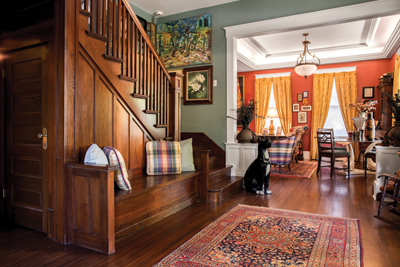 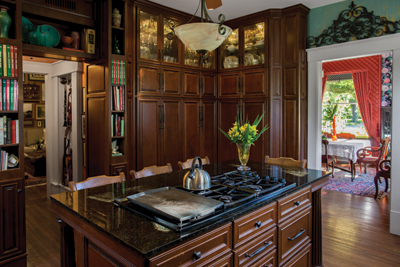