Home: A Return to Roots 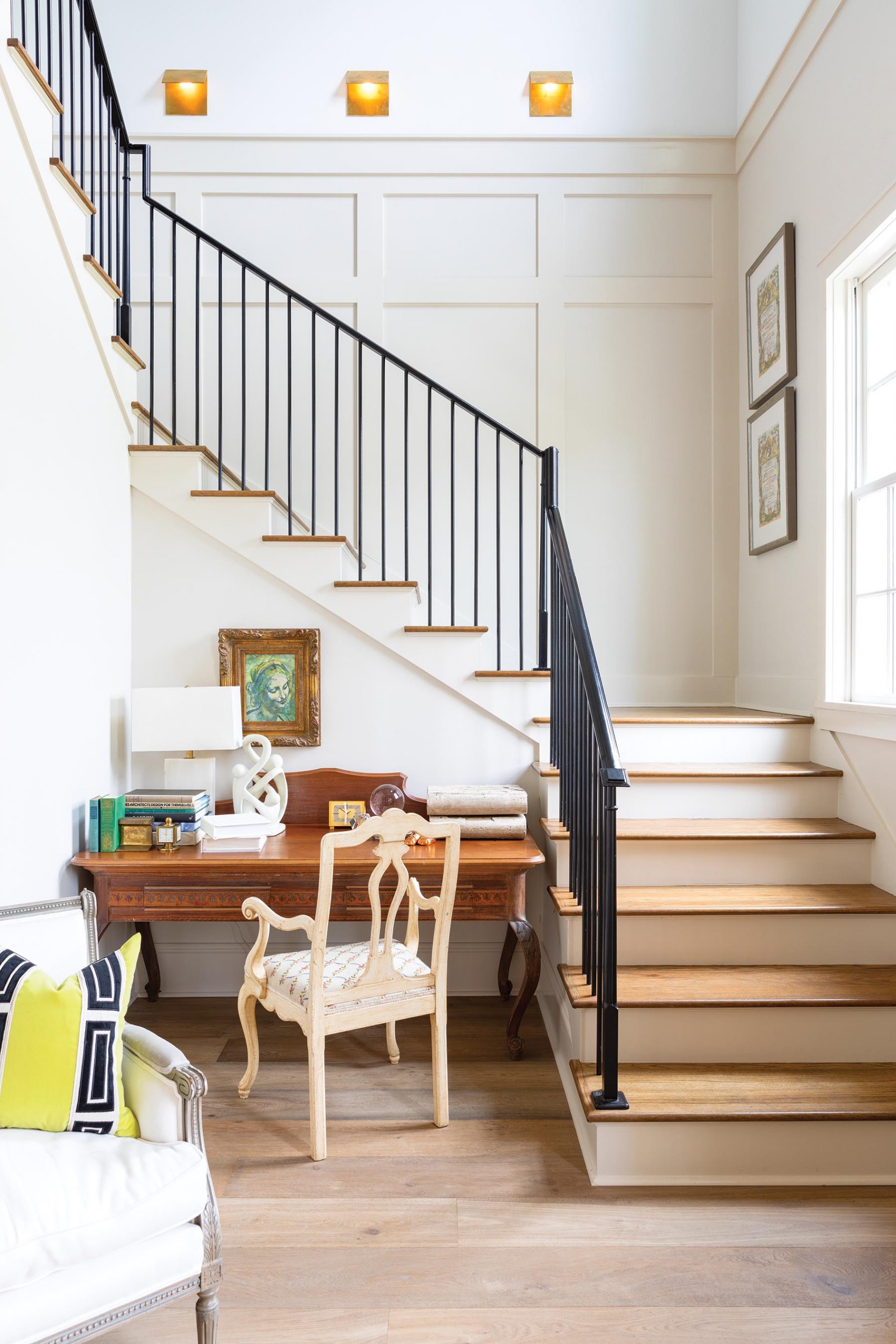 An antique desk from a ship’s library sits next to the paneled stairwell. 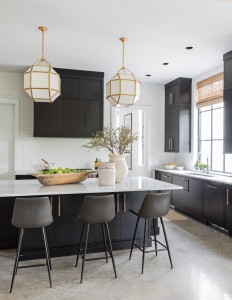 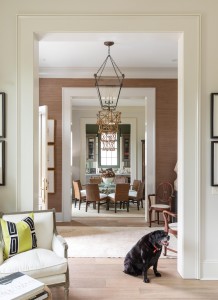 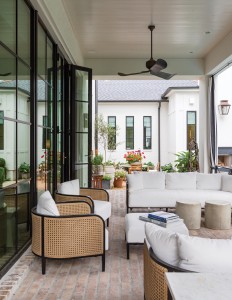 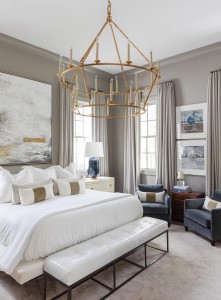 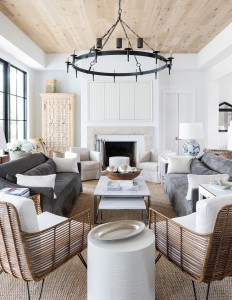 An age-old proverb says that the shoemaker’s children go barefoot. In other words, the shoemaker is often too busy to take care of things at home. Yet, in their 30 years on the North Shore, designer Matt Voelkel of architecture and design firm studioMV and his wife Mimi have managed to create a succession of lovely homes of their own. The fourth and most recent, which the empty nesters designed and built in Tchefuncta Club Estates, is a classic Georgian with modern details and touches of Louisiana vernacular, all conceived to live harmoniously with their blend of antiques and modern designs, and to welcome children, grandchildren and out-of-town guests.

“It has a classic five-bay rhythm of windows, north-south-east-west axis, a front door that that leads straight through the house,” says Matt, who was raised in a Georgian house in New Orleans and this time wanted to return to his roots. “It’s a very pure house, but as traditional as it is, once you get to the back of the house, there is a wall that is all black steel and glass. The back gets its own personality.”

While symmetry, high ceilings, crown moldings, and formal living and dining spaces on either side of the center hall are part of the Georgian framework, there is a simplified aesthetic: a pared-down rectangular frame instead of a more prominent pediment above the front door, extra-large casement openings instead of doors between the main living spaces, minimalist built-in cabinets, counters and hardware in the kitchen, pantry and baths. At the same time, a structural brick wall running east-west through the house, louvered privacy shutters between the dining room and main living area, and a “pecan”-colored floor stain add a subtle nod to Louisiana’s architectural heritage, grounding the ample five-bedroom/four-and-a-half bath house in its woodsy southern surroundings.

The transitional interior includes English Chippendale chairs, a French trumeau, a library desk from a ship and a slender corner cabinet all handed down from Matt’s family, as well as contemporary designs, many from the couple’s previous homes and a few purchased specifically for this house. One of the most unusual is a bamboo birdcage pendant fixture hanging above the dining table.

A covered brick terrace overlooking a 10-foot by 48-foot lap pool across the rear of the house and a nearby patio grill, dining area and fireplace are casual enough for relaxing and polished enough for entertaining. The Voelkels added a hint of old Hollywood Hills glamour to the terrace with awning stripe curtains and purposely left a border of pine and white oak trees as a natural buffer between the house and the golf course that abuts the property.

“So much of the house is white, I like the contrast of the black awning stripe with the white,” says Mimi, who suggested the stripe as well as the dining room’s shutters and the couple’s roomy his and hers closets. “I also like the black and white outside against all the green. It adds elegance to poolside entertaining.”

For the most part however, Mimi, currently pursuing a Master of Health Science to begin a new career as a licensed professional counselor, leaves the majority of the design decisions to Matt.

“It’s different when you are able to trust somebody to do a house,” says Mimi. “I have the assurance of knowing that each house is going to be something special.”