Jesus And The Bayous

In a room at my maternal grandparents’ home was a plaster image of Jesus enclosed in a glass case. The image was maybe one foot high; the case had three sides so as to be fastened in a corner.

That statue was as much a part of my memory of the house as the two wooden rockers in the front room and the copy of the Sears, Roebuck and Co. catalog on the sofa. They were always there. Until one day they were not; neither was the house. Both the grandparents were gone, and the house was sold to a couple that wanted the land to build a modern home. Time changed, but one thing remained consistent: It was located on the other side of the levee that ran past the house. Through the trees on the levee’s downslope was the muddy waterway that gave the Avoyelles town of Bordelonville its reason for existence, Bayou des Glaises. The French name roughly means “of clay” in reference to the loamy soil at its base. As nature, and man, often do, the bayou’s path has been altered a bit through the centuries, but at birth it roughly wound its way from the Red River to the Atchafalaya Basin.

Much of the future of the bayou, as well as many other waterways in Louisiana, was shaped in 1927 with the “Great Flood.” The overflow from the swollen Mississippi river invaded connecting rivers and streams. Most of the flooded area included Avoyelles Parish, where the locals paddled and drove to a Red Cross refugee camp opened on an elevated area at the town of Mansura.

In the years to come many of the streams were put in a straitjacket. Their flow was controlled by a series of locks. Some, like Bayou des Glaises became barely navigable even for a pirogue. Levees were built as assurance that the flooding would never happen again. The highway that striped the top of the levee provided quicker access to other places.

But oh, the bayou had had its days. My parents inherited the Jesus statue which would have a place of honor in their New Orleans home for many years. I never knew until then the story behind the statue: There had once been small packet boats that travelled on Bayou des Glaises and the connecting bayous. They were filled with items sold by on-board vendors. (One boat was famous for including in its inventory a strange fruit called a “coconut.”) An ancestor, perhaps my mom’s parents or their parents or a gift-giving relative, bought the statue off a boat. From then it began its long vigil watching over the family. There was no marking indicating when the statue was made. I do know, however, when its intended existence came to an abrupt end — August 2005. In its final days the statue once again stood in the corner of a home across the street from a water channel. There was no romanticized French name this time; just a purely functional description, the “Seventeenth Street Canal.” It was along that canal, at 34th Street just three blocks from my parents’ home, that Hurricane Katrina broke the levee. The water damage in the house was above the ceiling.

It took a few days for the water to subside and a lot of heartbreak to tramp across the mushy floors. Among the debris was the Jesus statue, no longer protected by its now broken glass box. Most of the paint has been washed off the statue leaving behind a chalky ghostly white plaster chunk.

As for Bayou des Glaises there is really nothing new. It has been quiet since 1927, drifting in its retirement. Its legacy includes a story about a plaster Jesus. What Bayou des Glaises had delivered, the Seventeenth Street Canal ended.

DISCOVERING SPRING BAYOU
North of Bayou des Glaises near Marksville, another stream, Spring Bayou, runs its lazy trail connecting with the Red River. Several years ago, I was taken for a boat ride along the waterway. The surroundings are gifted by nature, but on this day the water was not. There has been a clogging problem caused by too much aquatic growth and a loss of water due to agricultural pumping and evaporation. Debate continues whether the worst causes are man-made or natural; either way there is an effort to fix it. This edition of Louisiana Life contains a photographic feature about the life, and hopefully, survival, of Spring Bayou. As with all tributaries, may the water flow safely, but freely.

Louisiana Insider
Catch up on the latest podcast episodes 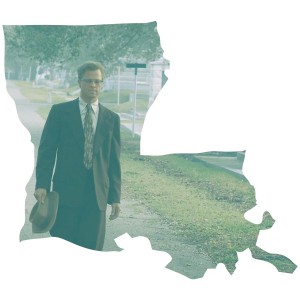 Episode 43
Movies That Moved Us – Top Films Set in Louisiana
What does it mean when the top 10 movies set in Louisiana are discussed and two of them have the word “easy” in the title? After much discussion, we have concluded that it is probably only a coincidence because the competition is tough. Guest: Alfred Richard, film critic. 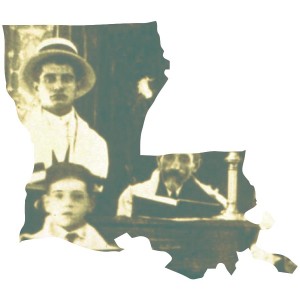 Episode 42
Exploring Jewish Louisiana – One of the State’s Oldest Cultures
For many, the image of Jewish settlements in the United States has been mostly on the East Coast and in major cities. However, there has long been a Jewish population spread across the South and in rural areas. Guests: Kenneth Hoffman, executive director of the Museum of the Southern Jewish Experience and Morris Mintz, a founding board member of the museum. 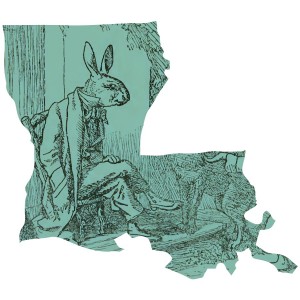 Episode 41
A Plantation and a Briar Patch – Stories from a Place Called “Laura”
Bre’r Rabbit was a trickster who loved to defy authority and who pulled his stunts throughout the South. He is known for finding seclusion in briar patches but in Louisiana, his spiritual home was Laura Plantation where former slaves told stories that traced back to their West African roots. Guest: Norman Marmillion, a co-owner of Laura Plantation.