Moderate climate, great food, the great outdoors, Mardi Gras — Louisiana has a lot to offer. With seniors about to become the largest demographics in the nation, Louisiana is primed to attract those who want to spend their glory years in the Sportsman’s Paradise.

The Louisiana Legislature formed the Encore Louisiana Commission precisely to promote and market Louisiana as a destination for residents and tourists 50 years and above. To narrow the playing field, the Commission requested applications from Louisiana communities for its Louisiana Certified Retirement Community designation. Eight made the inaugural list released in 2018.
“Our vision is to get a lot of these areas and go to the world and say, ‘This is a great place to retire,’” said Mary Perrault Williams, Encore Louisiana Commission coordinator in the Louisiana Office of Tourism.
Qualifications for certification include a mild climate, favorable tax structure, affordable and plentiful housing, healthcare, access to public transportation, as well as employment and volunteer opportunities and events.
Louisiana also offers a $75,000 homestead exemption, one of the highest in the country, and the cost of living indexes for most Louisiana cities are below the national average.
Here’s a look at Louisiana’s prime retirement communities:

Many consider a slower pace of life when searching for a retirement home, but Lafayette may be the exception.

People who retire to Lafayette often do so for the music, food and festivals, said Ben Berthelot, president and CEO of the Lafayette Convention and Visitors Commission.

“I’ve known many people who have come here to dance,” he said. “They want to enjoy the last fourth of their lives and they can do that here, a vibrant place with a lot of culture, great food and something to do.”

Lafayette also offers traditional recreational opportunities such as golf and fishing, but Acadiana’s “Hub City” is best known for its award-winning restaurant scene, a vibrant arts community and world-renowned festivals such as Festival International de Louisiane in April and Festivals Acadiens et Créole in October.

“We’re the best of all worlds,” Berthelot said.

Several hospitals and medical centers are located in Lafayette, as well as upscale active senior and assisted living communities. River Ranch and other mixed-used developments provide residents dining and shopping options without having to use a car, Berthelot added. 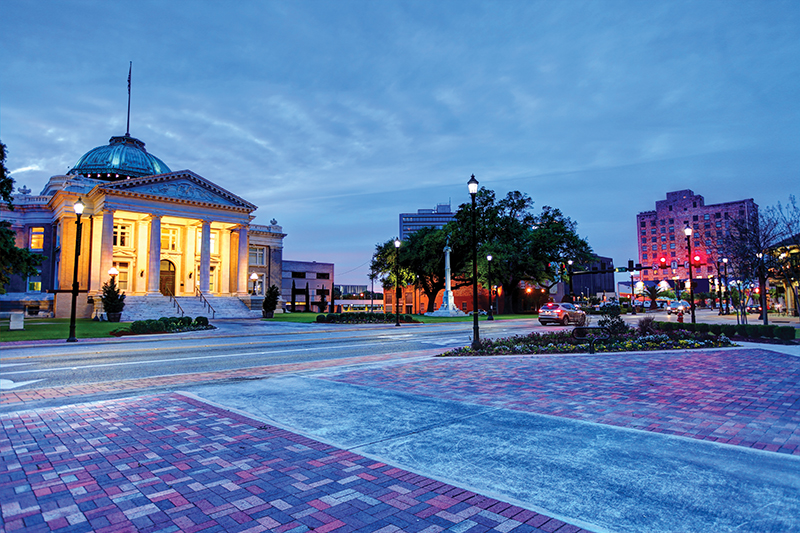 Lake Charles may be home to a growing oil and gas industry, but it’s also one of the best places to retire in Louisiana for outdoors enthusiasts.

“We see lots of retirees who love the outdoors along the Creole Nature Trail enjoying birding, fishing and hunting,” said William Precht, media relations manager at Lake Charles/Southwest Louisiana Convention and Visitors Bureau. “There are lots of RV enthusiasts that visit the Trail quite frequently, as well. The numerous parks and RV campgrounds, like Sam Houston Jones State Park, are also popular among retirees who bring their families to experience the outdoors whether it be in an RV or by booking cabins.”

For those who prefer golf, gaming, live entertainment and restaurants, Lake Charles is home to several casinos, including upscale properties Golden Nugget and L’Auberge Casino Resort. Yearly festivals and Mardi Gras are another draw.

“Plus, with the local economy doing so well, we’re seeing new developments with local businesses and restaurants, which makes the city an exciting place to retire,” Precht said.

Houma was named a tax-friendly city by Where to Retire magazine, which listed Houma’s historic downtown with shops, restaurants and museums, plus the city’s art galleries and golf courses, as reasons to retire in the South Louisiana community.

Both Houma and Thibodaux are only an hour from New Orleans, plus offer easy access to wetlands, bayous and the Gulf of Mexico for fishing, boating and nature exploring. Nichols State University in Thibodaux provides continuing education classes and special events and both cities have active library systems.

Ask locals what makes the twin cities so attractive, however, and they will mention the people, the Cajun and Creole food and culture and the joie de vivre that permeates everything, from the popular Thibodaux Firemen’s Fair to Mardi Gras.

Ruston and Lincoln Parish is home to Grambling State and Louisiana Tech and both attract fun and innovative restaurants and shopping, not to mention great football and Grambling’s World Famed Tiger Marching Band.

Ruston and Lincoln Parish approved a sales tax to fund new infrastructure and hundreds of new housing units are in the works. Healthcare includes the Northern Louisiana Medical Center. 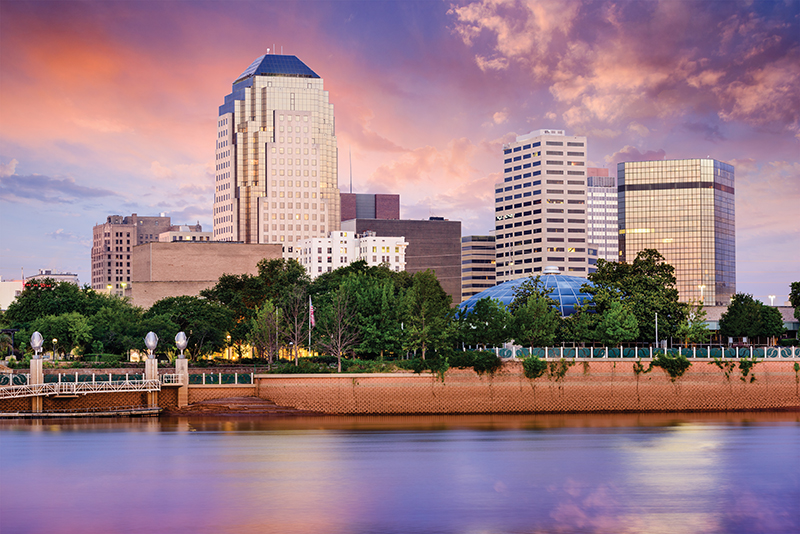 Shreveport-Bossier may be one of the few areas in Louisiana that might see winter snow but it’s minimal and the low cost of living more than makes up for whatever dusting occurs in January.

It’s also a hub of business, health care and Barksdale Air Force Base serving Louisiana and its neighbors Texas and Arkansas.
Retirees may enjoy the numerous casinos and horse tracks and shopping within the twin cities, plus attractions such as Artspace, Sci-Port Discovery Center and the new Shreveport Aquarium. Annual festivals include the Red River Revel Arts Festival, Mudbug Madness, Red River Balloon Rally, the State Fair of Louisiana and Mardi Gras. The Robinson Film Center hold special events and screens films in an elegant setting with the top-notch Abby Singer’s Bistro on the third floor.

In addition to the fun, the region boasts of more than 50 hospitals and health care services and there are now about 30 retirement communities and assisted living facilities.

The oldest city in Louisiana boasts of a unique history and culture, luring retirees to its museums, historic downtown shopping and restaurants along Cane River Lake and the many attractions within the neighboring Cane River National Heritage Area.

“The Natchitoches Regional Medical Center has expanded the medical provisions over the last few years,” said Kelli West, director of marketing and communications for the Natchitoches Convention and Visitors Bureau. “We have specialist care so people don’t have to travel to Shreveport.”

Retirees can take advantage of Northwestern State University’s continuing education programs, as well as the college’s special events such as live music performances and the popular Christmas Gala by the theater, dance and art departments.

Then there’s the many festivals, including the Natchitoches Christmas Festival, one of the nation’s oldest and largest, and the Louisiana Folklife Festival in the summer.

Once 32 roads were built beefing up its infrastructure, retirees started moving in from Lafayette, Baton Rouge and Houston, many creating vacation homes on the lake, said Linda Curtis-Sparks, director of the Sabine Parish Tourist Commission. Today, subdivisions are being created yearly.

Chalk it up to being voted the number one bass fishing lake in the nation, with dozens of fishing tournaments each year, but the South’s largest man-made lake also offers five beaches on the Louisiana side, two state parks and Cypress Bend Golf and Conference Resort, where its 18-hole championship golf course is part of Louisiana’s Audubon Golf Trail.

Residents may purchase memberships in Cypress Bend and use the resort’s spa, pool and golf course. The Wildflower Club and the Toledo Bend Lake Association offer recreational opportunities, from quilt classes and potlucks to volunteer community projects.

There’s plenty of history here, as well. The French were established at Natchitoches while the Spanish ruled the Toledo Bend area, with their capital at Los Adaes State Historic Site in Robeline. When the United States purchased Louisiana, boundaries between Louisiana and Spanish Texas were in dispute and became “No Man’s Land.”

Beginning this year, “No Man’s Land” celebrates its bicentennial and other festivals include the Zwolle Tamale Fiesta, Fisher Sawmill Days and the Zwolle Loggers and Forestry Festival in May.