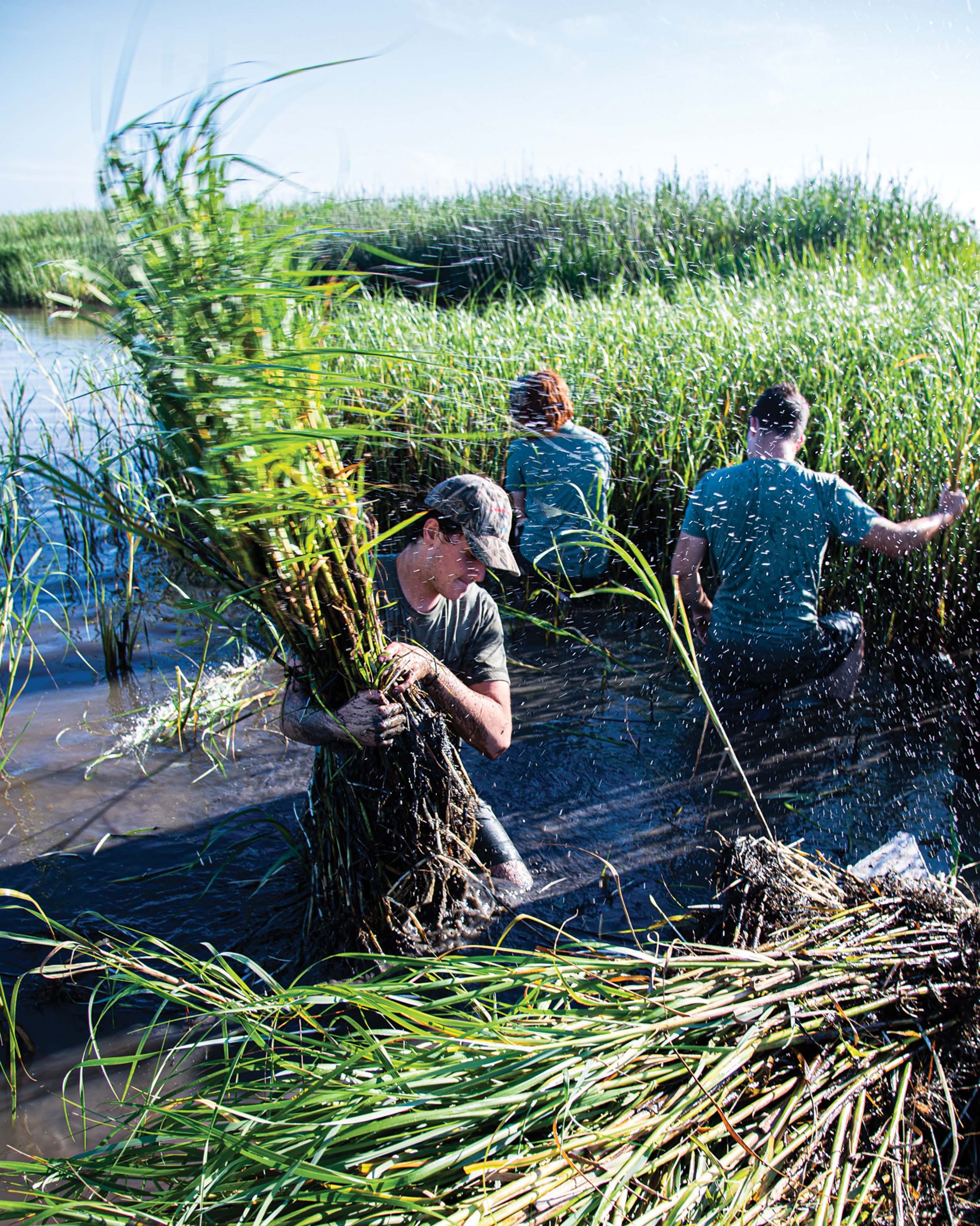 On either side of the boat stretches the vast wetlands of south Louisiana. Farther south, several miles beyond this ruler-flat landscape, lie Vermilion and West Cote Blanche bays — and beyond, the Gulf. Three hours of such uniformity, coupled with summer heat, inspires drowsiness. Then everything changes.

At the helm, Heath Romero steers us into a new passage, and in the distance rise, improbably, two hills. “Those are the salt domes of Weeks and Avery islands,” he says. They are, according to the U.S. Geological Survey, the highest elevated points along the Louisiana Gulf Coast, with one marker at Avery Island registering 165 feet above mean sea level.

The unlikely sight gives Charlotte Leavitt comfort. “When I see the domes,” she says, “I know I’m home.” Leavitt attends Clark University in Massachusetts and has returned to “the island,” in local parlance, to work in the McIlhenny Summer Program. On another day, she might don personal protective equipment to handle the pepper mash that will age into Tabasco sauce, Louisiana’s iconic culinary export, but today, she and four others — Addison Duhon, Pipes Fitz-Hugh, Felix Osborn and Dreyke Thibodeaux — have set out with Romero to wade waist-deep in mud so they can plant smooth cordgrass to protect the island and its multimillion-dollar annual industry.

Romero, the land manager at Avery Island, oversees such planting several times each year. In the 1980s, he and his uncle began planting trees and grasses after oil companies dredged in the marsh. That initial planting has reclaimed as much as 80 yards, but such work never ends. “Every time there’s a storm,” he says, “you have to start all over again.”

With boots propped on the boat rail, Romero watches today’s group pull clumps of cordgrass — stalks resembling six-foot tall spring onions — from the bank and transplant it 20 yards from the shore. Within a year, perhaps two, sediment will fill this gap, widening the shoreline and strengthening protection in a place that each year grows more precarious.

“I don’t ever remember it big like last season,” Romero says. “From St. Mary to Cameron [parishes], everything got ripped up. The storms pulled up the marsh like AstroTurf. I found rolls of it 20 feet high.” Those storms replaced marsh with open water —“lakes and ponds,” Romero says — further heightening the island’s vulnerability. Comparing planting grass to patching holes in a dam, he says that he’s tried fences, sinking Christmas trees and placing HESCO baskets on the shore. “Nothing works. Rocks work,” he says, but then notes that they’re prohibitively expensive. “For now, there’s nothing to break the waves. Once storm water gets into the marsh, there’s no way to slow it down.”

From the boat, Romero watches Osborn splash backwards toward the bank to unearth more cordgrass. “You move like a crawfish,” Romero says. For several minutes, he’s also been monitoring an eight-foot alligator. Now it’s time to decide. “Y’all get back in the boat,” he says. Starting the engine, he puts the boat in gear and chases the alligator away. Minutes later, work resumes. Before long, another alligator surfaces near the shoreline. Thibodeaux and Duhon throw golf ball-size clumps of mud at it. One spatters near its eyes, but the alligator fails to stir, so they keep planting.

After another hour, the group breaks for lunch at the McIlhenny Company Camp. Romero unpacks his ham sandwich and requests a bottle of Tabasco sauce. Osborn’s muddy arm reaches for one of seven varieties. “It makes everything taste better,” Romero says, and they all laugh on cue. Seated in a rocking chair, boots on the porch rail, he points to a partially submerged sailboat that a recent storm — there were too many, last season, for him to remember which — has hurled into the marsh from Cypremort, nine miles away. “It’s fragile,” he says. “You try and pass the land on, leave it a bit better, stronger than when you found it. You kick the can down the road. There’s always more work.” 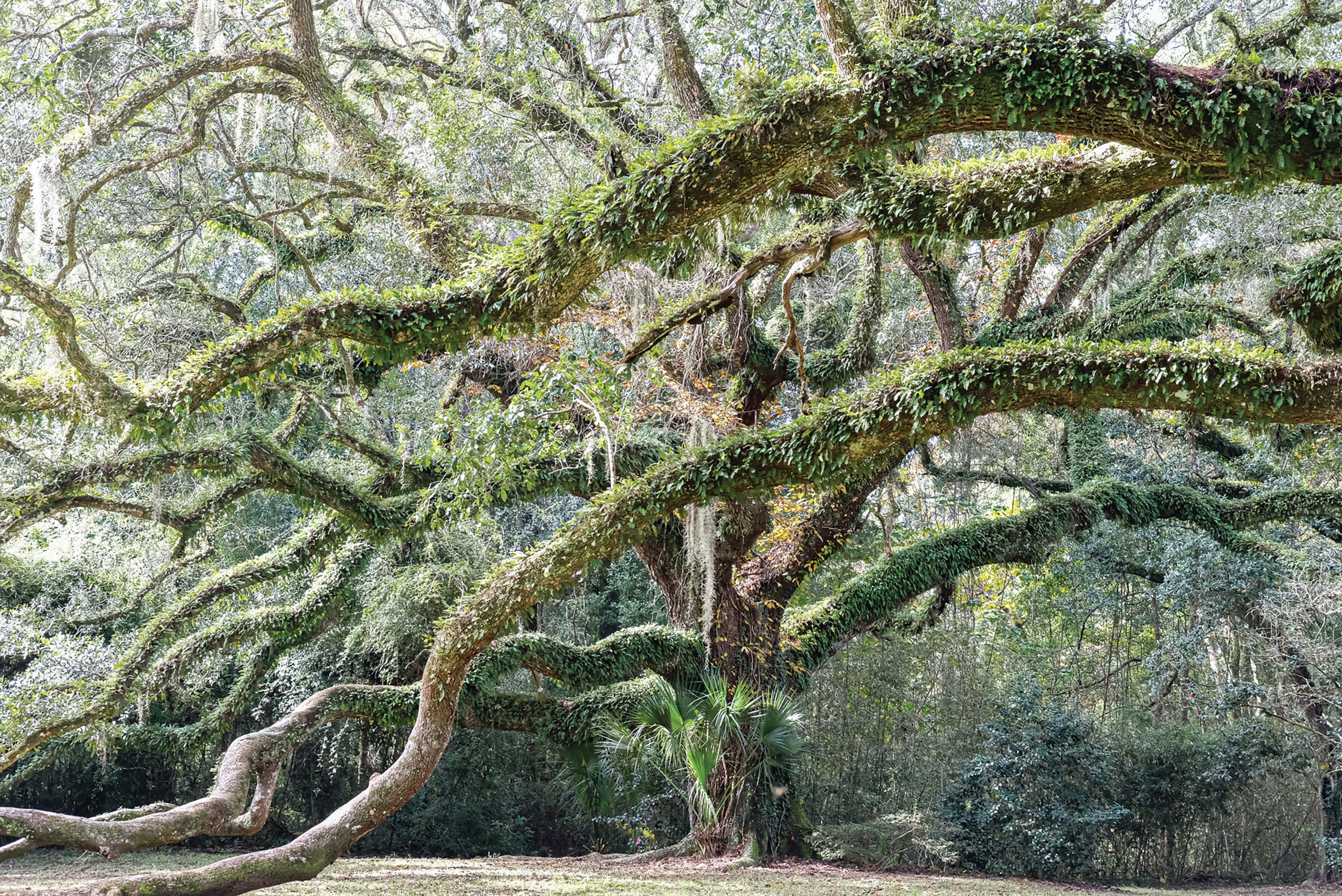 Avery Island
Leave the Land Stronger Than You Found It

• Founded in 1868, the McIlhenny Company now employs more than 200 workers, many who live on the island. In 1905, after construction of a second Tabasco factory on Avery Island, a village was constructed to house workers. That village, which originally included a dancehall, has become known as the Tango.

• The 1929 Hollywood movie “Evangeline,” based on the poem by Henry Wadsworth Longfellow and starring Dolores del Rio and Roland Drew, was filmed partially in the Jungle Gardens on Avery Island.

• On average, Avery Island’s Tabasco factory produces 750,000 of bottles of hot sauce each workday which are shipped to nearly 200 countries.

Categories: Around The State, Gulf Coast

Double the Music and Double the Fall Festival Fun