Once considered lost to invasive hydrilla, Spring Bayou in Avoyelles Parish was restored by dedicated locals and is now a thriving Wildlife Management area 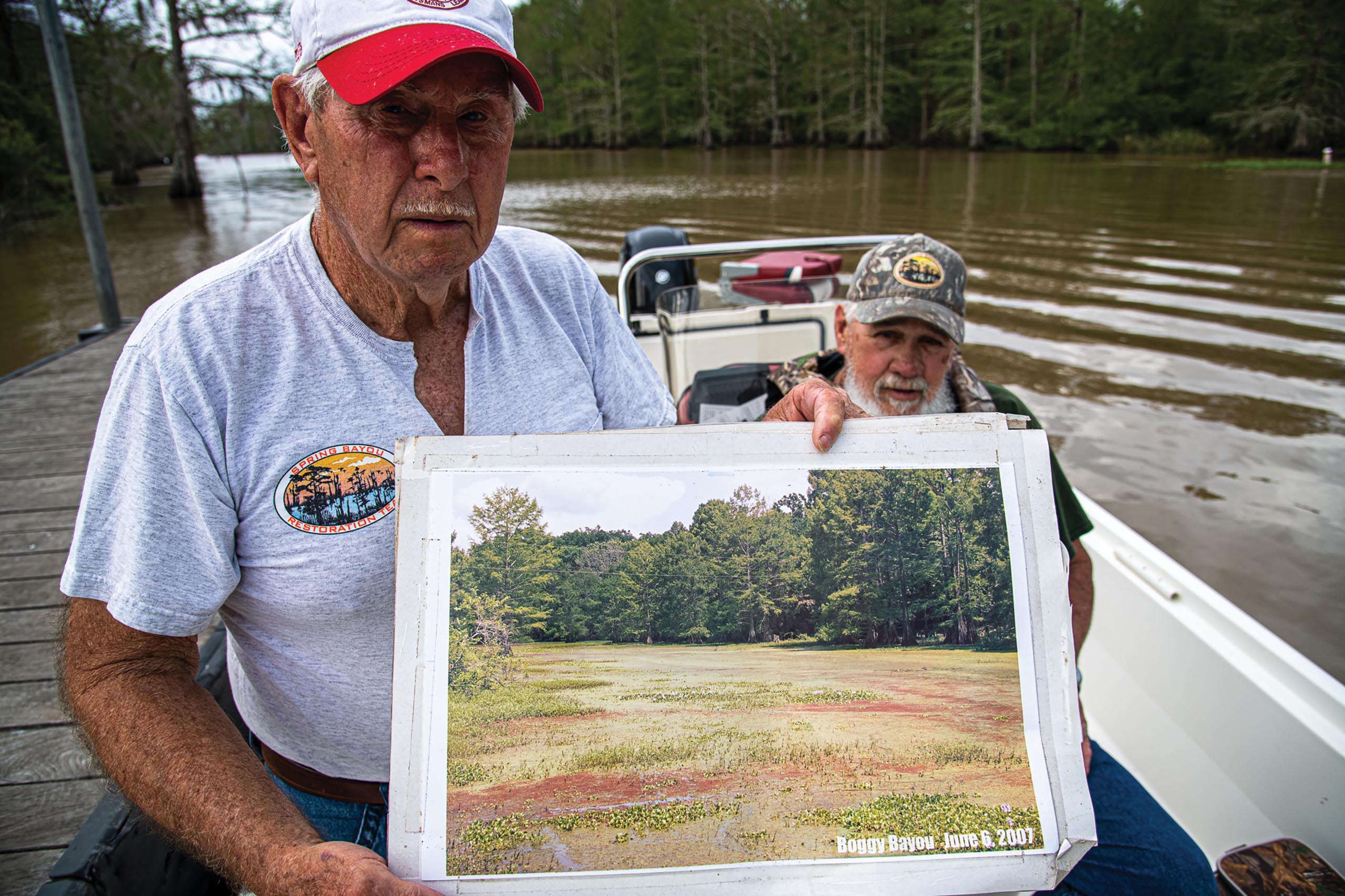 Kenny E. Hodapp and Abe Mattox, founding members of the Spring Bayou Restoration Team, say that the complex looked like a “yard” before the team began its work.

Did you know?
Facts and Figures
• Since 2007, the Spring Bayou Restoration Team has released 62,000 triploid carp into the complex, 60 with transmitters so that the state can track them.
• The Spring Bayou Complex includes an early Mississippi River channel (4000-2500 BC). That area, Old River, contains burial mounds of the extinct Avoyel, or Avoyelles, Tribe.
• The SBRT invests all raised funds in the complex. Its projects include the installation of new floating docks and numbered duck boxes to help kayakers navigate via GPS.

The letters on the faded life jacket spell HODAPP. “That’s not a [Cajun] name, no,” he says. Locals detect as much from Illinois-native Kenny E. Hodapp’s speech. He’s docked at the Boggy Bayou Landing, five miles outside of Marksville, watching the sky churn blue-gray.

Hodapp came to Louisiana in 1965 as a lineman working to restore power after Hurricane Betsy. Later, his company sent him to work along the Red River. Stationed in Marksville, he developed a routine, dining each evening on the town square, site of the Solomon Northup trial. After two weeks, he noticed a new waitress.

“I met a pretty Cajun girl and never left,” he says.

Seated in his boat, Hodapp scans the overgrown bank. There’s a glimmer in his eye that, unlike the accent, reveals something that locals decipher with ease. With it comes a boyish glee, a lightness of step that conveys his joy in this adopted home. Thirty seconds from his back door, he can access a system of waterways that, in entirety, would take him all day to explore.

The Spring Bayou Complex covers nearly 13,000 acres, 12,506 of them within a Wildlife Management Area. Its rivers, lakes and cypress-thronged bayous include Lac aux Siene, Coulee Noir, Little River and Tee Lac. Hodapp’s neighbor from across Boggy Bayou, Abe Mattox, also met and married a Cajun woman. He was working as a welder in Corpus Christi at the time and she brought him home to Spring Bayou. Their relationship faltered, but in 1983, Mattox bought her father’s house.

“This is the [Cajun] Riviera,” Mattox says. “To get here, you cross a bridge. Then you on Spring Bayou Island. And when you here, you in paradise.” For more than a decade, though, Spring Bayou was anything but, an unnavigable landscape neither water nor land.

Mattox first noticed the problem in 1991. Opinions vary on how hydrilla — an invasive aquatic weed native to Asia — arrived in Spring Bayou, but Mattox places his bet on a boat trailer. Over the years, he and others watched, helpless, as the problem worsened.

“By 2005, you couldn’t get your boat out of the dock,” says Ann McCain, who lives with Hodapp. Eager to discuss the problem, they invited locals to a fish fry at their home. (“People often say they want to help,” Hodapp says, “but you have to bait them.”) They learned that they weren’t alone in their desire to restore Spring Bayou. Soon, they had a petition with 4,500 names, along with a new organization. “If you were at the fish fry, you were one of the original board members of the Spring Bayou Restoration Team,” Hodapp says.

With help from the state, the SBRT introduced triploid carp — a large, sterile, grass-eating minnow species — into the complex. Then everyone waited. A year passed before they saw the first signs of progress. Fourteen years after that fish fry, you can’t go far in Spring Bayou without seeing someone fishing or paddling.

“Before the SBRT, all of this was finished,” Mattox says. “Everything out here looked like a yard.”

“Now, “it’s paradise and then some.” says Terri Flint, who lives with Mattox in the house he bought in 1983.

Flint stands smiling beside Mattox. With four of their nine dogs jumping around her, she says, “Not a day goes by he don’t say, ‘I love where I live’.” 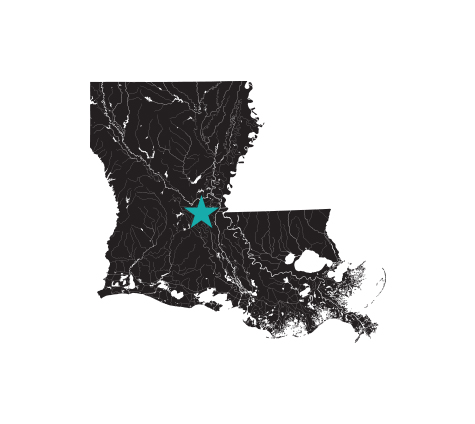 Categories: Around The State, Editor’s Picks