It’s hard to imagine, but those lucky enough to reside in Louisiana might actually want to leave the state for a quick getaway. Fortunately, it has never been easier or more convenient thanks to plentiful nonstop flights to zip you from our home cities in Louisiana to vacation destinations across the United States. From standbys like American and Delta Airlines to newcomers like GLO and Copa Airlines, those looking to jet set can be out of town in less than two hours’ time. Be on the lookout for new international destinations in 2017 including New Orleans to London Heathrow on British Airways, four times per week in March and — come June — Condor Airlines will provide seasonal service to Frankfurt, Germany. Here are five nonstop flights for your next quick getaway. Wheels up!

Founded by Louisiana native Trey Fayard, GLO Airlines services the Gulf and Mid-South region, including a once-daily flight from New Orleans to Memphis where passengers receive complimentary PJ’s coffee and tea, Zapp’s potato chips and a copy of Louisiana Life, as well as one of its sister publications, Biz New Orleans. After the speedy 1.5-hour flight, visitors can now stay at The Guest House at Graceland — the largest hotel project to open in Memphis over the past 90 years. Don’t miss a visit to the National Civil Rights Museum at the Lorraine Motel, and — for music aficionados — Sun Studio, Stax Museum of American Soul Music, along with the Memphis Rock N’ Soul Museum. Stroll down Beale of course, but make a reservation at Hog & Hominy, the Italian-Southern culinary brainchild of Michael Hudman and Andrew Ticer. If you have one more meal, make it Earnestine & Hazel’s Juke Joint, a former brothel that serves nothing but Soul Burgers — and cheap booze for washing ‘em down. 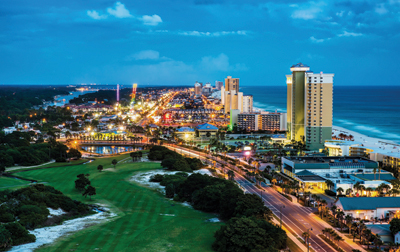 Copa Airlines, the leading Latin American provider of cargo and passenger service, offers flights to Panama City, Panama four times per week. Complimentary meals, along with free wine and spirits are available on all flights; you’ll arrive to this bustling metropolis in time for lunch and an afternoon tour of the Panama Canal. Book a room at the American Trade Hotel, an Ace property situated in the Casco Viejo, a UNESCO World Heritage neighborhood. The 50-room property’s lobby is buzzing with beautiful people, a rooftop pool and jazz club. You’ll be in a prime location for touring the city’s best restaurants and close enough for a spin around Mercado de Mariscos, where outdoor cafes serve cups of fresh ceviche and ice-cold beers. 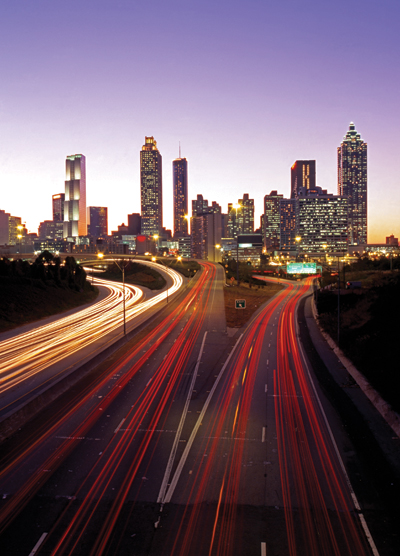 The 1.5-hour flight will take you from Baton Rouge straight to Atlanta. Post up in Buckhead, where you’ll find some of the city’s poshest hotels. You can’t go wrong at The Ritz-Carlton, the W, InterContinental or Mandarin Oriental. Here, there’s shopping to match the luxe accomodations with swanky stores like Hermes, La Perla, Billy Reid and Christian Louboutin. Get cultured at the High Museum of Art, visit the World of Coca-Cola and catch a show at Fox Theater. For the best bites, snag a table at Holeman & Fitch, known for the 10 p.m. burger rollout, this place also has a fantastic cocktail list, house charcuterie and an upscale Southern menu worth every bit of the buzz. 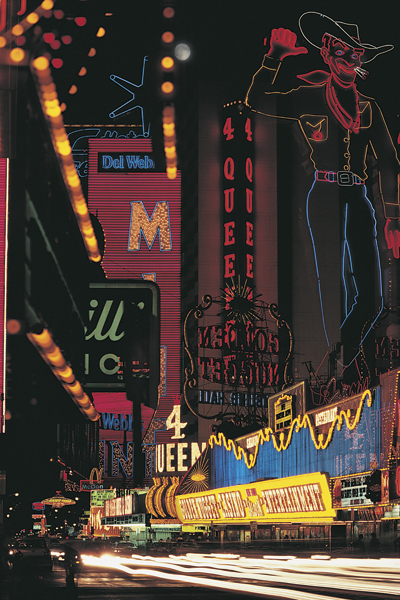 Hop Allegiant’s budget-friendly, no-frills airline and be high rolling in Sin City by cocktail hour. The twice-weekly flights often come in at less than a Benjamin for a one-way ticket, so you’ll have more to splurge on the fine food offerings in Vegas. Book a room at the Cosmopolitan of Las Vegas, originally built as condos, it’s the only hotel in the city with terraces, so it allows you to experience the famous Bellagio fountains with your own private view — many of them from the comfort of a Japanese soaking tub. The hotel has a mind-boggling assortment of restaurants, but Rose. Rabbit. Lie. is the most fun and Vegas-like. Inspired by an old supper club, you can nosh on mini caviar-stuffed tacos to the tune of lounge singers or even break dancers. For something more old-school, make a reservation and don your fanciest dress at The Golden Steer. Yes, it’s in a strip mall, but the ambiance is straight-up Brat Pack. 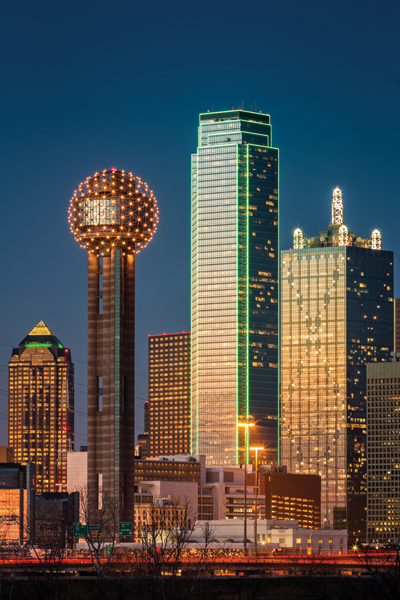 A zippy flight from Baton Rouge will have you in Dallas in just 1.5 hours. Once you’ve hit the ground, book it to The Joule, a dramatic 1920s neo-Gothic landmark building in the central business district. This stunner of a hotel is home to CBD Provisions, a Texas brasserie beloved for the Berkshire pig’s head carnitas; the presentation alone is Instagram-worthy. Grab a post-dinner cocktail at Midnight Rambler, the hotel’s impossibly hip cocktail bar, where chic locals sip drinks late into the night. When you do leave the property, The Sixth Floor Museum, Dallas Museum of Art and Dallas Arboretum & Botanical Gardens are most certainly worth a visit. Even though this city is chock full of big buildings, the Katie Trail runs through the heart of Dallas, and provides the perfect backdrop for a jog or bike ride.