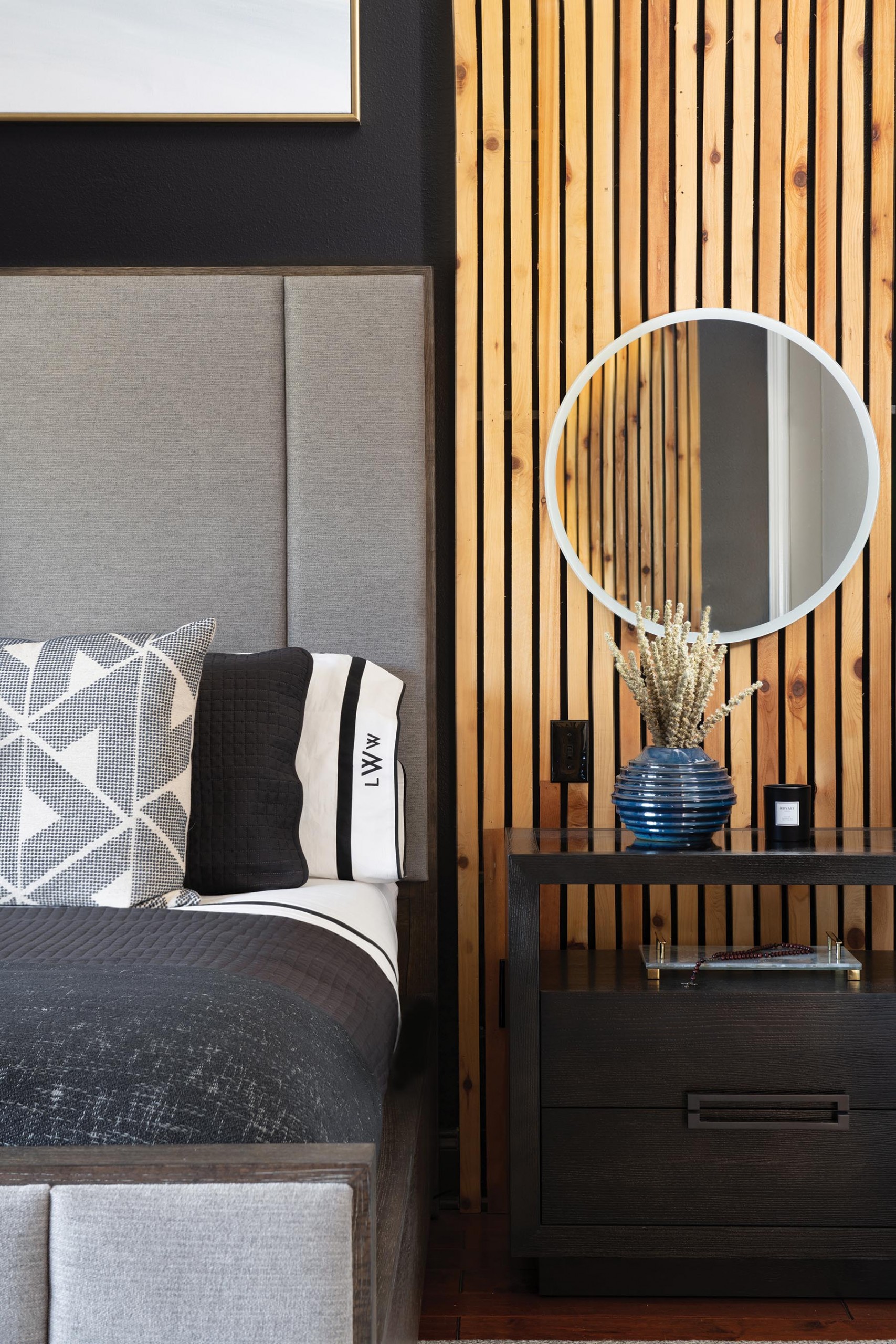 Ten years into its life, Dr. Larry Warner’s house in Prairieville, Louisiana was in need of an update. Warner wanted to replace its feminine floral touches and silk draperies with a more masculine aesthetic, but also wanted the house to be equally inviting to his 11-year-old daughter, Lara.

Baton Rouge designer Arianne Bellizaire was hired for a walk-through consult where she subsequently discovered that both the formal living and dining rooms were unused square footage and that the client’s vision of a house that more accurately reflected his tastes was inspired by the warm pedigreed interiors of traditional gentlemen’s clubs.

Bellizaire created a complete plan with furnishings, renderings, fabrics and paint colors. The revision called for turning the unused dining room into a billiards room and connecting the living room on the opposite side of the open space with the same added moldings, dark charcoal walls and rich mix of fabrications, while still keeping things streamlined and edited.

“It allows you to feel it’s cozy, but the whole house is not a cave,” says Bellizaire. “The rooms flanking [the billiards and living area] are white and natural light comes through the uncovered windows.”

She put a modern spin on the gentlemanly décor by turning to contemporary pieces that reference the past rather than strictly adhering to convention: a custom billiards table with clean lines rather than an ornate antique version, a tufted modernist leather chaise instead of a clichéd tufted chesterfield sofa, a flat screen TV over the mantel where a mirror might have been.

The designer transformed the master bedroom’s yellow-gold walls and heavy drapery with the addition of an electric fireplace that became a focal point in the room and the installation of wooden slats, an architectural design treatment with lots of current traction.

At the same time, she worked on a redesign of the daughter’s room that would be feminine, grow with her and incorporate her request for a swing, and an upstairs bonus space previously used as the client’s home-office. She used a restful, watered-down interpretation of Tiffany blue, a whimsical rattan swing, and a desk with charging ports for the former, and created a movie room with amenities for both father and daughter out of the latter. There is a fully-stocked candy concession on one end for her and a place for arcade games and Saints football memorabilia on the other for him.

“We repeated the wooden slats on the ceiling; it breaks up all the white and connects it to the downstairs,” says Bellizaire, whose eye was on the big picture from beginning to end, whether choosing pet-friendly rugs with the client’s two dogs in mind or remembering that the house was a home for a both a dad and daughter who like spending time there.

“They’re both homebodies,” she says.