Staycationing in the Atchafalaya

Cheré Coen,
Summer adventure awaits in one of Louisiana’s most impressive and diverse outdoor spaces

Chalk it up to the impressive statistics, the 200 species of birds and incredible sports fishing and hunting. The massive Atchafalaya River Basin tops all U.S. wetlands, encompassing an area larger than the Florida Everglades. Because the Basin spans 14 parishes and continues to be vital in the ongoing development of a unique American culture, the region has been designated a National Heritage Area. 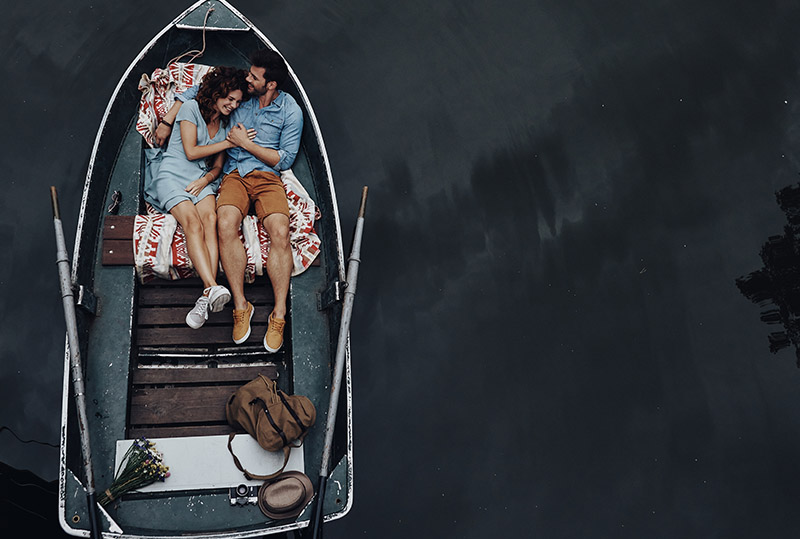 Most Louisiana residents, however, don’t consider the impressive numbers when discussing the Atchafalaya Basin. For natives, the Basin is a way of life, a relaxing pastime, a unique waterway worth fighting for.

Scott Green spent his childhood exploring the Basin with his grandmother, fishing, catching wild crawfish and picking blackberries. Today, he’s one of the Basin’s largest landowners. In addition to leasing waterways to crawfishermen, he uses much of his property to introduce the Basin to veterans, the handicapped and disadvantaged children through his Green Community Foundation.

“The Atchafalaya’s the best of what Louisiana has to offer,” Green said.

Dean Wilson was traveling on his way from his native Spain to the Amazon in 1984 when he detoured to Louisiana for an immersion into a similar subtropical environment.

“I wanted to get used to the mosquitoes and the climate in Louisiana,” Wilson explained. “I fell in love with the Basin.”

At first, Wilson lived among the swamps and waterways, fishing for a living. When he witnessed logging he felt detrimental to the Basin’s survival, he joined forces with the Sierra Club and took on the fight.

In 2004, he founded Basinkeeper, a member of the Waterkeeper Alliance whose aim is to educate the public about the unique river drainage swamp.

“It’s one of the most beautiful waterways in the world,” Wilson said.

The Atchafalaya National Heritage Area covers 14 parishes where the Mississippi River exists or had flowed at one time; the river’s circuitous route has changed repeatedly over millennia. The Atchafalaya Basin serves as the drainage wetlands of the Mississippi, reined in by the Old River Control Structure near Lettsworth and numerous levees throughout South Louisiana. Today, the Basin remains the largest river drainage swamp in America.

But the Atchafalaya is more than a swamp and series of bayous, waterways and land masses. Louisiana’s diverse population — Native Americans, Cajuns, Africans and Europeans, among others — reaped its bounty for centuries.

In addition to the great outdoors activities, a visit to the Basin may include the rich music, food and culture of South Louisiana, one of America’s first melting pots. 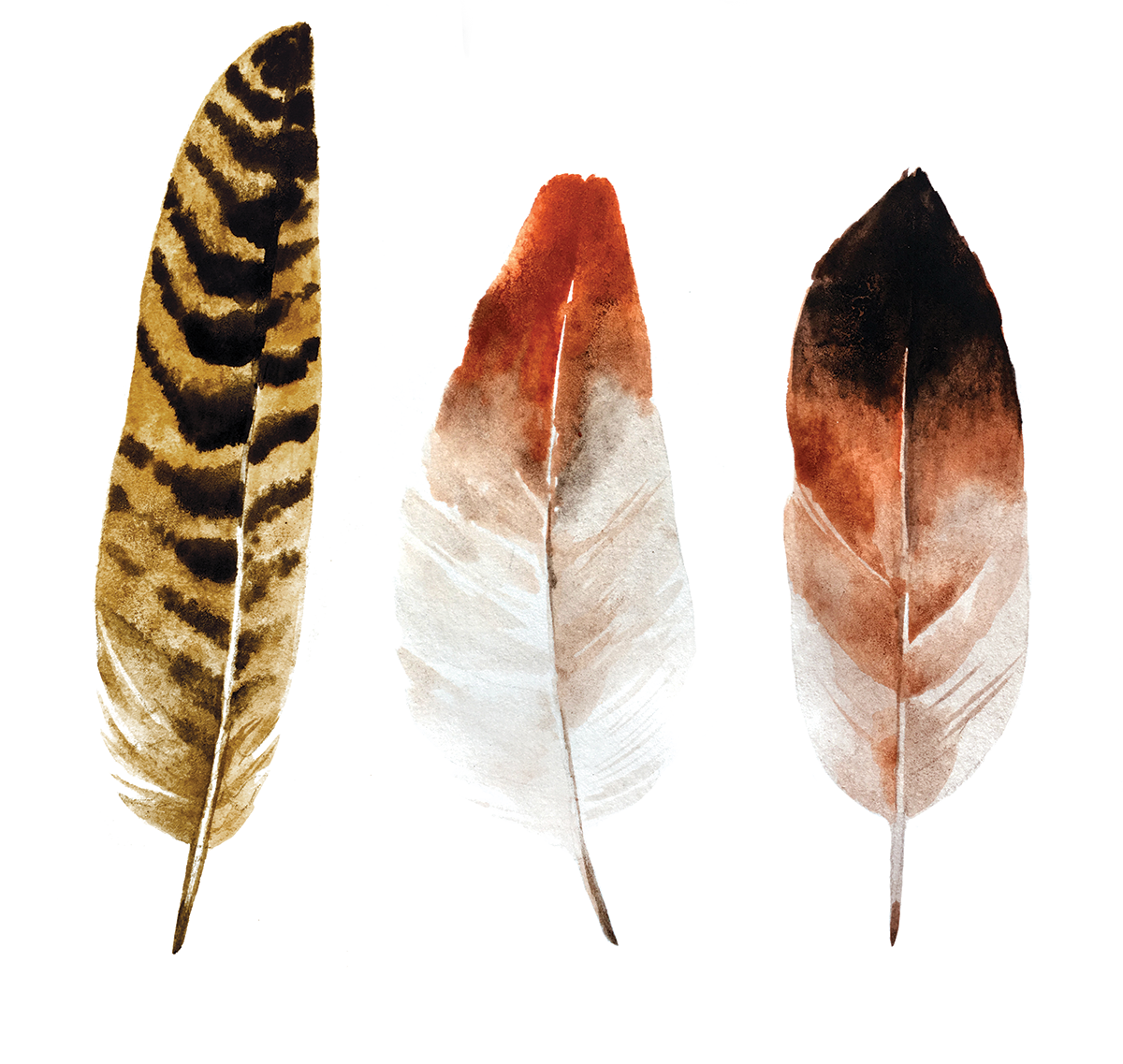 In addition to wildlife such as black bears, otters and minks, the Basin contains about 200 species of birds year-round, plus migratory birds coming through twice a year because of the Basin’s position on the Mississippi Flyway.

“The Basin produces the best birding opportunities in the country,” Wilson said. “It’s the second to the tropics in the amount of birds.”

Birds include nesting ospreys, bald eagles, owls and kites. Herons and egrets are in abundance, as are ducks and other waders.

“You name it,” Wilson said.

The Atchafalaya Heritage Area offers a guide to Louisiana birds.

Throughout the Atchafalaya Basin lies several private campgrounds, RV parks and wildlife management areas. The Sherburne Wildlife Management Area, located on Highway 975 south of Krotz Springs, offers camping between the Big Alabama and the Little Alabama Bayous. The Louisiana Department of Wildlife & Fisheries manages the property and owns part of the 44,000-acre tract with the U.S. Fish and Wildlife Service and the Army Corps of Engineers. Visitors can enjoy camping, hunting and fishing, boat launches on both bayous and a shooting range.

Sherburne camping is labeled primitive, but it’s more rustic than a total immersion in nature, said Brandy Serrette, Atchafalaya Welcome Center tourism supervisor. The area is remote enough, however, that Serrette advises against too much reliance on GPS coordinates.

“I warn people not to rely on your cell phone out there because you will drain your battery,” she said. 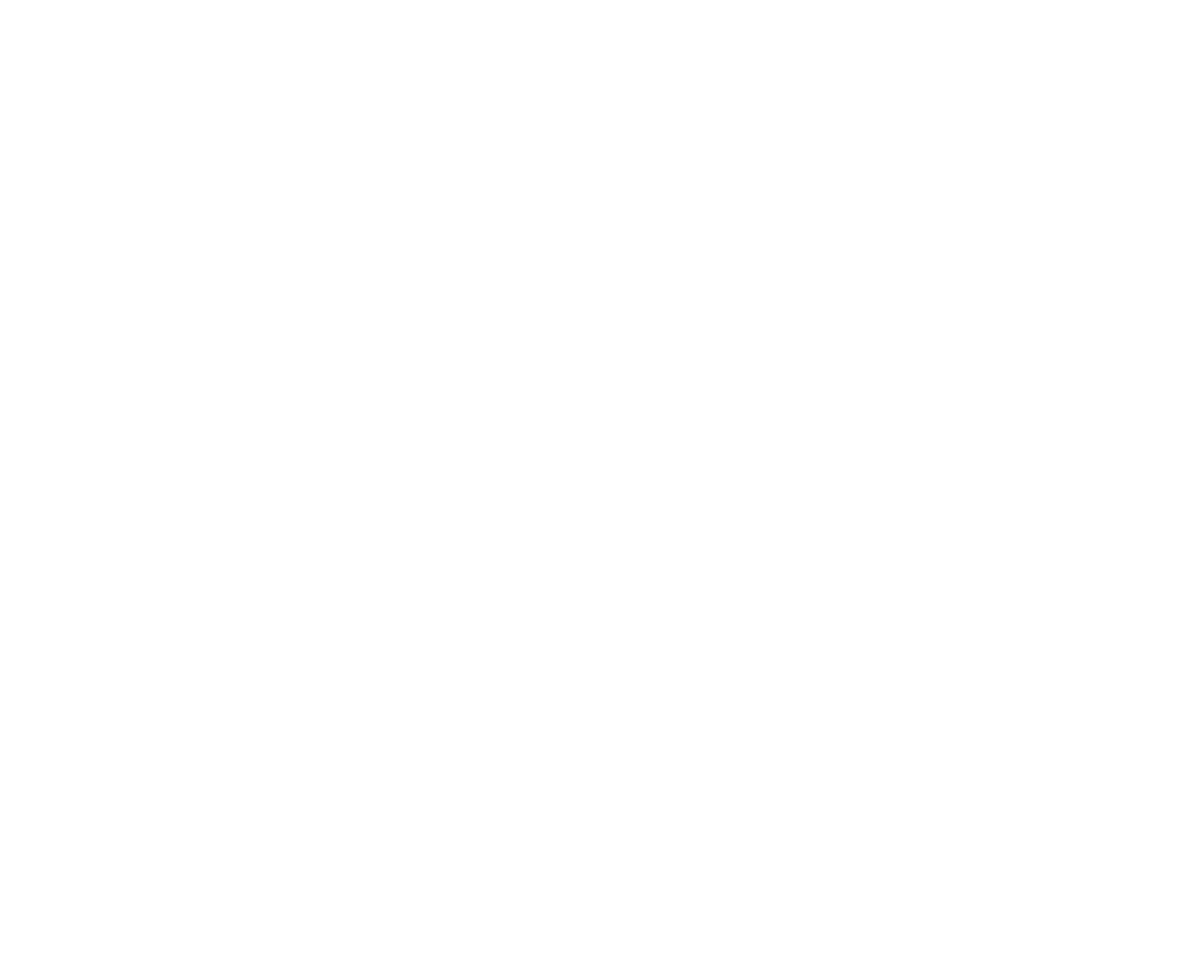 Numerous biking trails crisscross the state, but two get close to the Basin; try the False River Historical Trail, a 10-mile ride in Pointe Coupee Parish along Louisiana Highway 1, or the 55-mile gravel Atchafalaya Basin Wilderness Trail that tops the levee through three parishes from Henderson to Franklin. Visit this link for a complete list of bike trails. 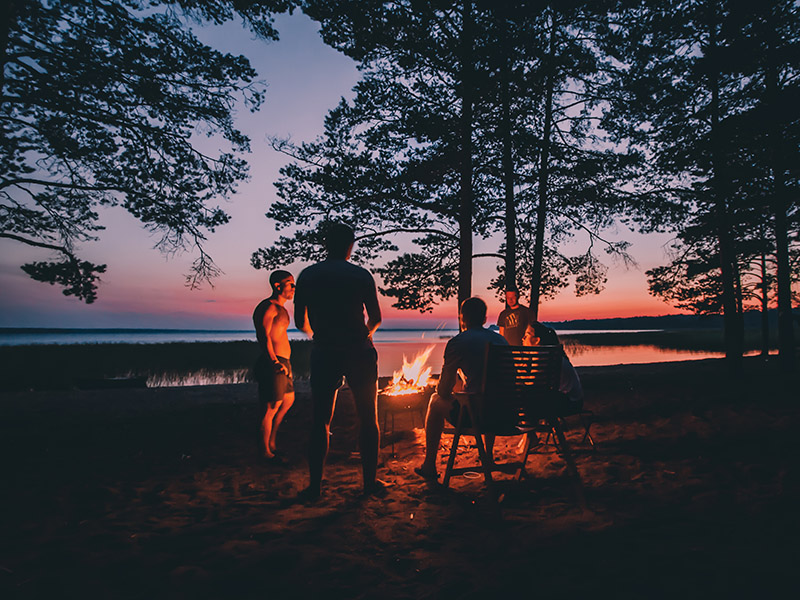 In addition to wildlife such as black bears, otters and minks, the Basin contains about 200 species of birds year-round, plus migratory birds coming through twice a year because of the Basin’s position on the Mississippi Flyway.

“The Basin produces the best birding opportunities in the country,” Wilson said. “It’s the second to the tropics in the amount of birds.”

Birds include nesting ospreys, bald eagles, owls and kites. Herons and egrets are in abundance, as are ducks and other waders. “You name it,” Wilson said.

The Atchafalaya Heritage Area offers a guide to Louisiana birds.

In the northeast corner lies a hidden gem, one of the most important archaeological sites in North America. Poverty Point State Historical Site dates to before the Egyptians built the Great Pyramids and the Mayans established their empire, 3,700-3,100 years ago in the Late Archaic period. These prehistoric earthen mounds created by sophisticated Native American residents are a National Historic Landmark, a Smithsonian Affiliate and, most recently, a UNESCO World Heritage Site.

The site took its name from a less than prospering 19th century plantation located along Macon Ridge not far from the Mississippi River. Several large mounds, a set of semi-elliptical earthen ridges and a main plaza comprise what used to be a thriving village of hunters, gatherers and fishermen. The site was used for both ceremonial services and human settlement and includes a giant center mound, one of the largest in the continent.

Poverty Point State Historical Site is only open for day use, with tours and special events happening year-round. The neighboring Poverty Point Reservoir State Park, however, allows visitors overnight accommodations in cabins, some located right on the park’s expansive man-made lake. Campsites and a lodge are available as well. Boat rentals, boat launches, hiking and a beach area for swimming provide for a complete vacation spot. And there are native mounds on the property as well.
Get a list of paddling trails.

Canoe clubs and outfitters throughout South Louisiana can get Basin visitors on the water. Pack & Paddle of Lafayette, for example, offers both guided tours of the Basin and neighboring waterways and rentals on the Vermilion River and Lake Martin. Past trips have included full moon paddles from Bayou Benoit, known as the “forgotten Atchafalaya;” on Two O’Clock Bayou near the Morganza Spillway and along “The Forks,” a waterway that’s a “short, easy route out of Catahoula,” said John Williams, who owns the outfitter with his wife Becky.

Start your Atchafalaya journey with a visit to the Atchafalaya Heritage Area website (atchafalaya.org), where handy maps offer both an overview and details on specific regions that range from the “Upper Atchafalaya” near Marksville to the “Coastal Zone Region” that extends from Morgan City and Chauvin to where the Basin meets the Gulf of Mexico. The Atchafalaya Welcome Center at Butte La Rose off Interstate 10 provides tourism information and maps as well.

Atchafalaya Welcome Center Tourism Supervisor Brandy Serrette admits to being a bit prejudiced when it comes to the Basin. Serrette grew up in Breaux Bridge and is partial to the Basin’s “Bayou Teche Corridor.”

“I think where we’re located is some of the prettiest areas in the Basin,” Serrette said.

The Corridor includes the Welcome Center and its boat launch, the Henderson-Breaux Bridge area with its swamp tours and restaurants and open spans of water that are popular with fishermen.

Every region includes peripheral fun, cities offering Cajun and zydeco dance halls, award-winning restaurants and additional opportunities to get on the water and hike, such as False River near New Roads and Lake Martin by Lafayette. Both the website and Welcome Center representatives can point you in the right direction, Serrette said.

Whatever your preference, there’s no doubt there’s something for everyone.

The Atchafalaya Basin easily covers a fourth of the state of Louisiana, which can be overwhelming. The best way to begin your Atchafalaya adventure is to determine your interest and pinpoint the right jumping off point.

“There’s so much to see and do,” said Monica Fisher, outreach coordinator with Atchafalaya Basinkeeper. “It’s just knowing where to go.” 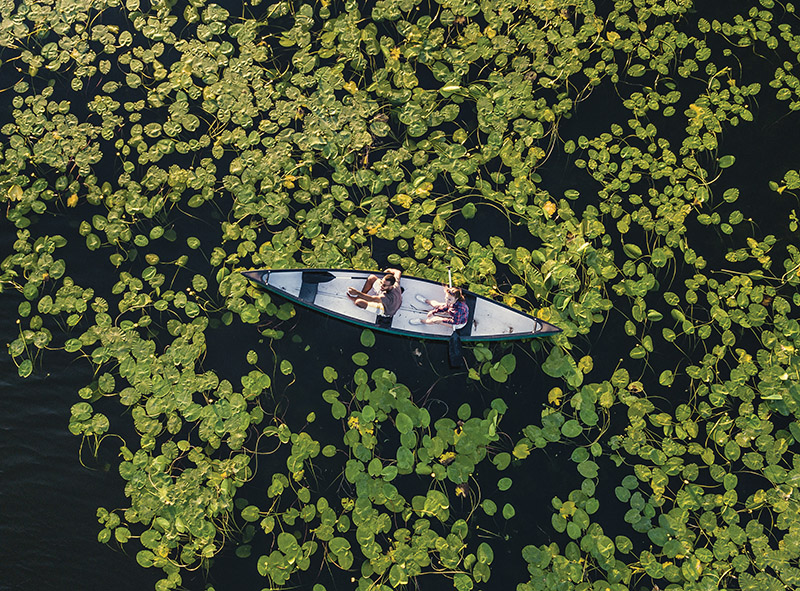 Swamp tours remain the most popular way to get on the Basin and they range from nature-based tours that educate or allow for photography to fast-paced airboats. A few swamp tour vendors also rent canoes and kayaks.

Wilson operates Last Wilderness Swamp Tours with his son, Albert Wilson, who earned a degree in natural resource ecology and management with a concentration in wetland science at LSU. They launch from Bayou Sorrel on the east side of the Atchafalaya.

Airboat Swamp Tours out of Henderson, on the other hand, gives visitors an introduction to the Basin while providing a wild ride, ear plugs included.