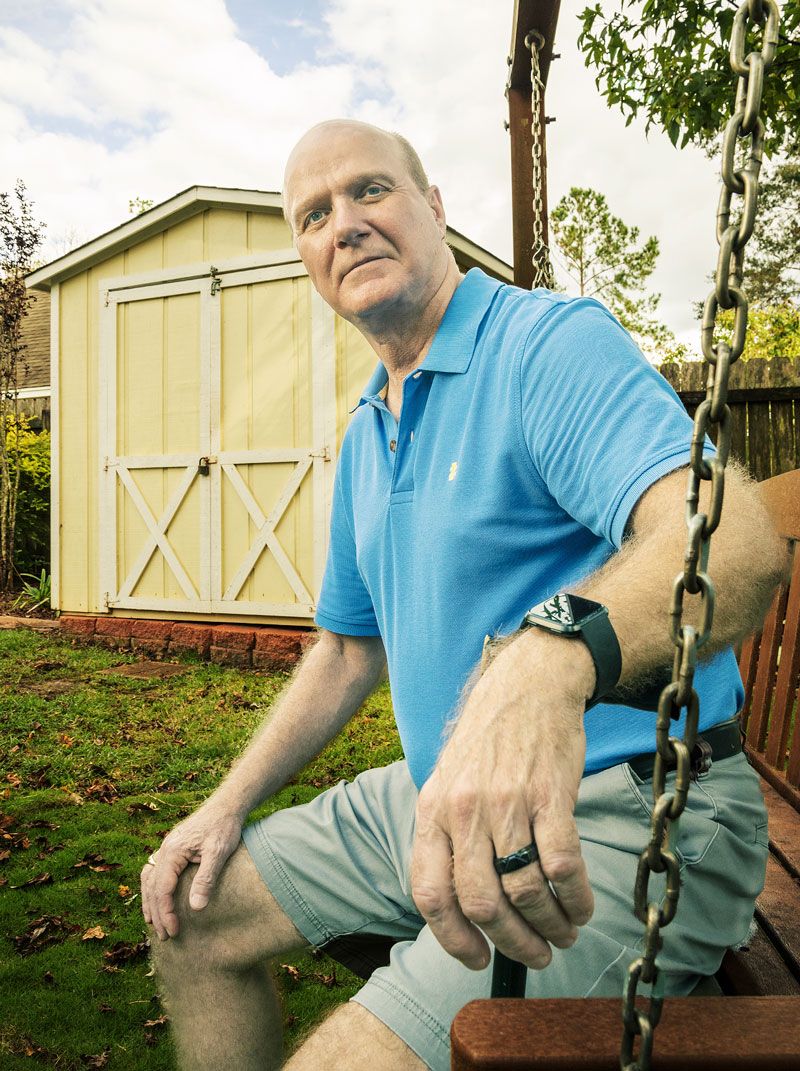 On what seemed like an ordinary day in September 2020 (or what could pass as ordinary in the 2020s), Mandeville resident Larry Saar felt a little dizziness in the front of his forehead while working at his real estate office. It was nothing overwhelming. He thought it was something he ate. Before leaving work, he sat in his truck to collect himself and make sure he was OK to drive. The dizziness went away, and he drove home. But while he was driving home, he felt a marble-sized growth under his foot. Then he began to suspect something was wrong.

Saar went to St. Tammany Parish Hospital. A CAT scan showed nothing, but he was told he might have had a mild stroke. The hospital kept him overnight for observation. At 2 a.m. that night, he had an extension of his stroke. When he first went to the hospital, Saar could still move all of his limbs. After the stroke’s extension, he could no longer move his right arm or leg.

The first couple of days after his stroke, Saar thought to himself, “Is this what I’m going to be living for the rest of my life?” But he soon resolved to fight the best he could. At first, he went to in-patient therapy, working five hours a day for up to six days a week. This was followed by outpatient therapy. He made some progress in these sessions, regaining his ability to walk, albeit with assistance. But Saar wanted more. He wanted to walk without a cane or a walker. However, his outpatient therapists told him this was as far as he would go.

“I thought to myself ‘I’m not giving up. I’m not going to sit down and say this it it,’” Saar said.

Saar was referred to Dr. Rachel Wellons, an assistant professor of clinical physical therapy at LSU Health Sciences Center in New Orleans. When Saar went to Wellons, he told her his goals and she told him he made the right decision. However, her encouragement came with a warning.

Wellons worked to retrain Saar’s brain so he could walk again without assistance. The therapy sessions involved a variety of exercises. Saar goes to therapy two days a week for an hour each, then does additional exercises at home. When asked to provide an example of one of his exercises, Saar said Wellons would attach a harness to him while he walked around LSU Health Sciences Center and then pull back on the harness to provide resistance.

The resistance work was challenging, but that and the other exercises produced positive results for Saar. The walking became easier. With a laugh, Saar said that Wellons recently told him that she works up a sweat just trying to keep up with him as he walks around the LSUHSC building.

The now-68-year-old Saar, a retired police officer from the Louisville, Kentucky Police Department, said he is now able to walk without a cane for approximately a mile. He felt so good about his mobility, he took a trip in September to Vermont where he planned to walk and sightsee. He is thankful to Wellons for her hard work and patience.

When asked what advice he would give to other stroke patients, Saar said they should believe in themselves and never give up. The therapy may not always be easy or pleasant, but it’s worth working through. He also recommended that stroke patients should consult with a neural therapist like Wellons before accepting that they can’t progress any further with their recovery.

“When people have a stroke, they shouldn’t think that it’s the end of life,” Saar said. “Life’s not over … Don’t give up … You’ve really got to want to get your walking back.”