We tend to think of holiday meals as great indulgences that throw considerations of health (and body mass index) to the winds. Often that is the case. Carbs, fats and sugars get star billings in these meals, where richness and extravagance are the norm. Many of us assume that we will put on weight from Thanksgiving to the New Year, and usually that is the case.

For anyone who wants to cook holiday meals that are a tad more healthy, the place to start is with the side dishes that accompany the roast turkey or ham. With the soups, vegetables, salads, and relishes, we can create a variety of tastes and textures that will please both the palate and the waistline. That is the premise of the following recipes. They give a nod to traditional holiday dishes without demanding a slavish devotion to them.

with Dried Fruits And Almonds

Nothing could be simpler than this dish. For those who have never tried quinoa, this is a good introduction. 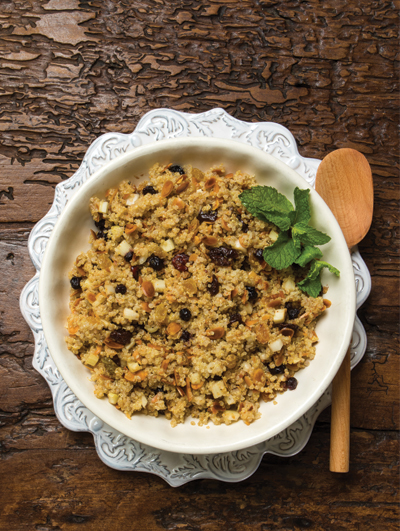 Heat quinoa in skillet over low heat, while stirring, until fragrant and lightly toasted.
Cook quinoa with water according to package instructions. When done, turn quinoa into a bowl and fluff with a fork.
Add raisins, cherries, blueberries, almonds, and celery. Toss to combine. Season to taste with salt, black pepper and cayenne.
Serve chilled or room temperature garnished with fresh mint.

Two small “pie” pumpkins, when peeled, will yield enough pumpkin for this soup. 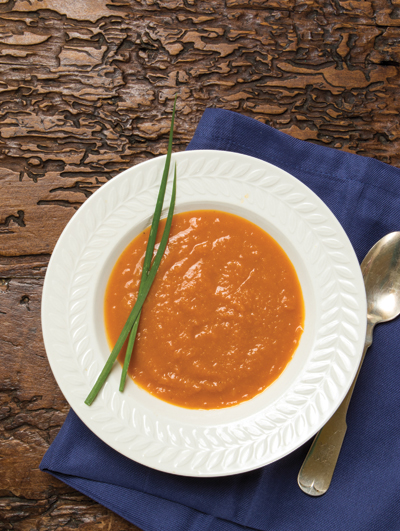 Cut pumpkins into half, remove seeds and stringy pieces from the cavity, and cut away the outer rind. Cut pumpkin into chunks. You should have about 8 cups.
Combine pumpkin with chopped onion and broth in a heavy pot. Cover, bring to a boil, then reduce heat and simmer until pumpkin is softened, about 15-20 minutes.
Working in batches, transfer pumpkin, onion, and broth to a blender and blend until smooth. Pour contents into another pot and repeat until all the soup has been processed.
Add milk and reheat soup.
Season with salt. Serve garnished with snipped chives.

With Garlic, Lemon And Pine Nuts

Even people who think they don’t like brussels sprouts may become fans of this preparation. 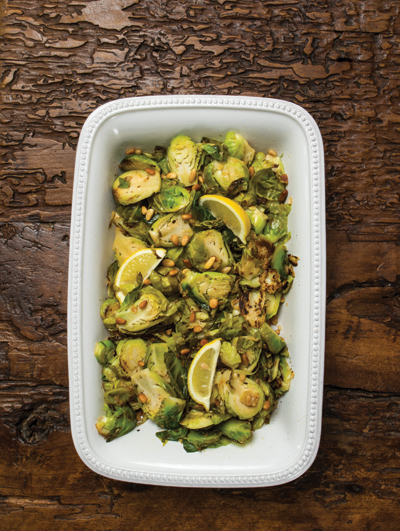 When cooked, celery takes on an entirely different character. 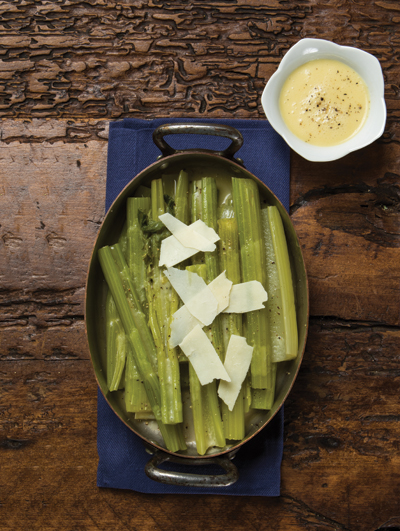 Trim ends of celery. Using a vegetable peeler, remove the stringy outside layer from each celery rib. Cut each rib into 3 or 4 pieces.
Arrange the celery in one layer in a large skillet with a tight-fitting lid and add the chicken broth. Cover, bring to a boil, reduce heat, and simmer until celery is tender, about 15 minutes.
Transfer celery to a serving dish. Increase heat under skillet and boil broth until reduced to about one-third cup, then whisk in butter until emulsified.
Pour sauce over celery, sprinkle with grated Parmesan, and season with black pepper.

When roasted in their skins, the flavor of onions is intensified and mellowed. 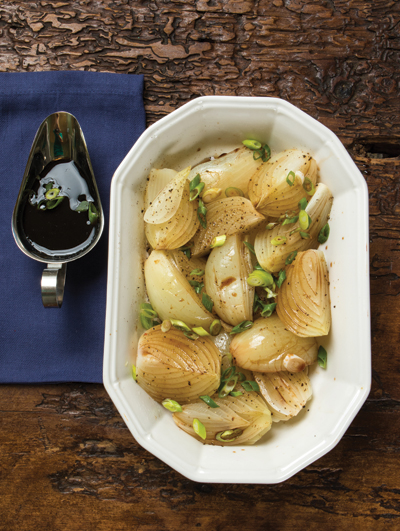 Preheat oven to 350 degrees. Place unpeeled onions in a baking dish and roast until softened, about 75-90 minutes. Remove onions from oven and allow to cool.
Once cooled, peel onions. Cut each onion into quarters and place in a serving dish. Drizzle vinegar over onions, season to taste with coarse salt and pepper, and garnish with chopped green onion tops.

Vegetable purees aren’t seen much these days, but they offer the cook endless possibilities. 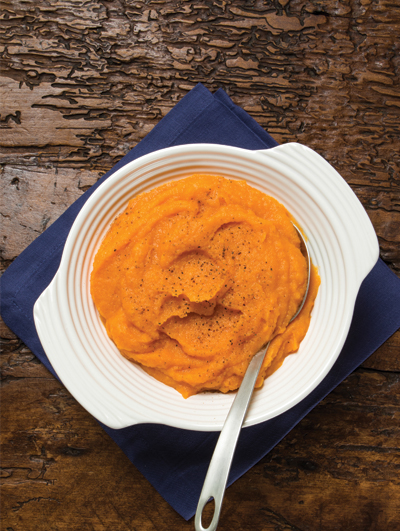 Peel vegetables and cut into cubes. Put cubed vegetables and chicken broth in a heavy pot with lid. Cover, bring to a boil, reduce heat, and simmer until vegetables are tender.
Using a slotted spoon, transfer half of the cooked vegetables to the bowl of a food processor fitted with a metal blade. Add some of the broth to moisten and process until you have a rough puree.
Transfer contents to another pot and repeat with remainder of vegetables. Add butter to puree and season to taste with salt and nutmeg.
Reheat slowly, while stirring. Add additional broth, if needed. (Note: Save any leftover broth for a flavorful treat.)