Louisianian of the Year | Artist 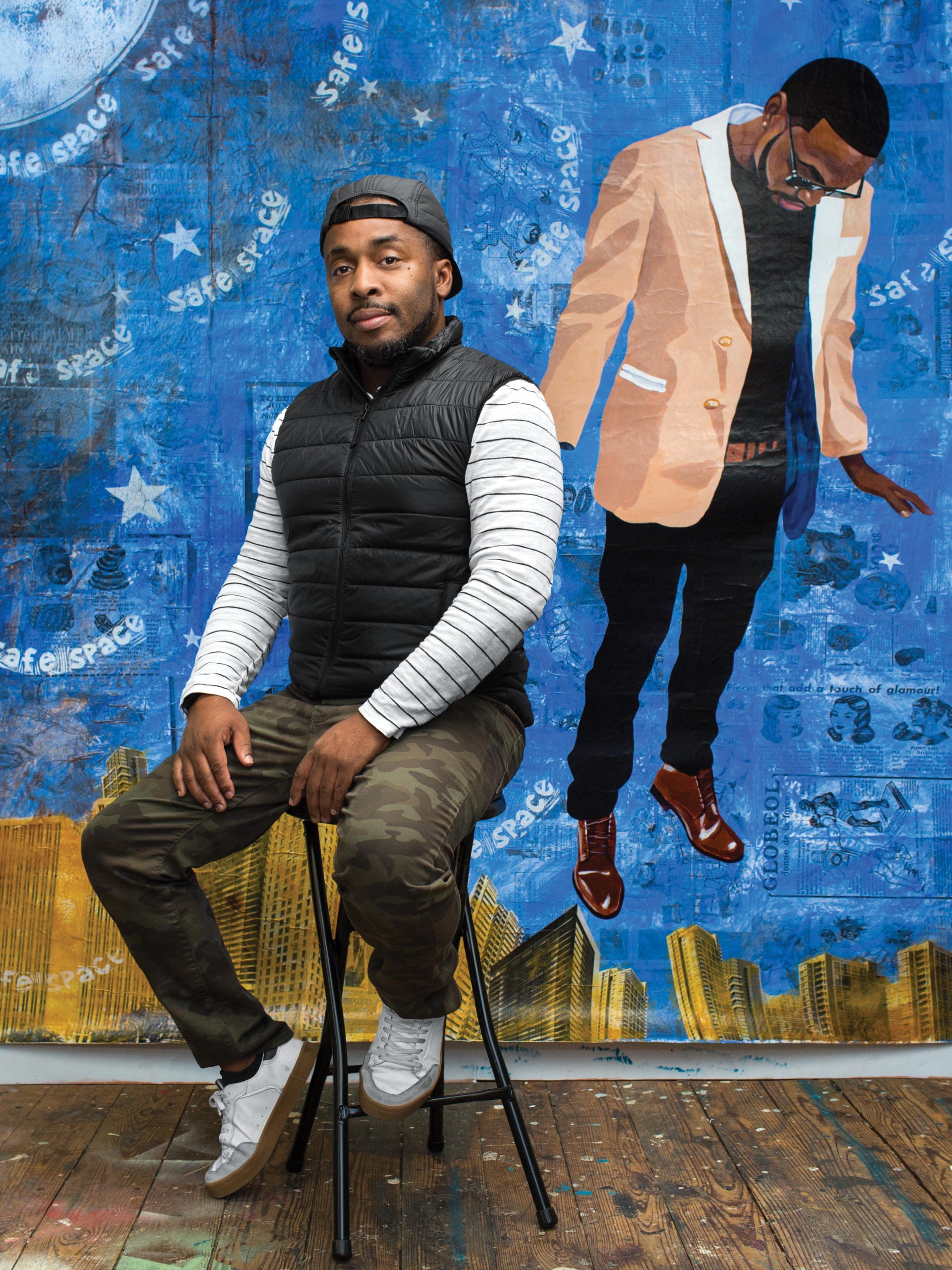 Monroe artist Vitus Shell is a remarkable artist who explores the African-American experience through strong, compelling and often unsettling images of Black contemporary life in America. It is art driven by irony, activism and his notion of Black “coolness.”

Monroe artist Vitus Shell is a remarkable artist who explores the African-American experience through strong, compelling and often unsettling images of Black contemporary life in America. It is art driven by irony, activism and his notion of Black “coolness.”

Born in Monroe in 1978, Shell, who has taught art at the University of Louisiana Monroe, Louisiana Tech University and Grambling State University, holds a bachelor of fine arts degree from the Memphis College of Art where he and other artists formed a collective that launched his career and those of other African-American artists.

“My paintings,” says Shell, “are geared toward the Black experience, giving agency to people from this community through powerful image deconstruction, sampling and remixing identity, civil rights and contemporary Black culture. My artistic goal is to exude the hip-hop lifestyle with a Southern vernacular.”
That “Southern vernacular,” he says, takes on images that are “apt to pair depictions of grizzled hustlers, veterans of the street, with images of angelic school girls.” That imagery and what he describes as an “undeniable sense of coolness” are key elements in all of his work. So is the influence of hip-hop music. To Shell, hip-hop musicians are the “philosophers of a certain community” who are speaking out and documenting today’s social and political issues.

“In my art,” Shell says, “I’m trying to understand myself through community, through history, through family, through other people’s stories and through broader conversations within my black culture.”
New Orleans writer and photographer (and former Louisiana Life Louisianian of the Year) L. Kasimu Harris has likened Shell’s paintings to the poems of Harlem Renaissance poet Langston Hughes and to the writings of the early 20th-century Pan-African civil rights activist W.E.B Du Bois.

Over the last two decades, Shell’s self-reflective journey through his art has brought him national success and exposure. His paintings have appeared in exhibitions across the nation, including high-visibility shows at the Ogden Museum of Southern Art’s 2017 Louisiana Contemporary and the Joan Mitchell Foundation’s 2008 show in New York City.

The honors continue. In 2007 the Joan Mitchell Foundation awarded him a grant to attend the University of Mississippi where he received a master of fine arts degree. He spent the following summer at the Skowhegan School of Painting and Sculpture in Maine. In addition, Shell held prestigious artist residencies at the Joan Mitchell Foundation in New Orleans in 2016, another in 2018 at the Bemis Center for Contemporary Art in Omaha, and most recently at the Sam and Adele Golden Foundation for the Arts in New Berlin, New York.
In describing his career, Shell says it has been “awesome” and “a beautiful experience and journey.” He hopes that one day his work will be considered important in the “canon of Black art” that “opened doors for other kids who grew up like me.”