What’s the Truth Behind Haunted Louisiana?

Louisiana has long been accused of being the most haunted state in America. New Orleans alone can nab that title in the city category with its haunted hotels, former slave markets and voodoo sites. ¶ But what are the truths supporting these tales of haints, the reality behind what ghost tours and Hollywood enjoy sharing? 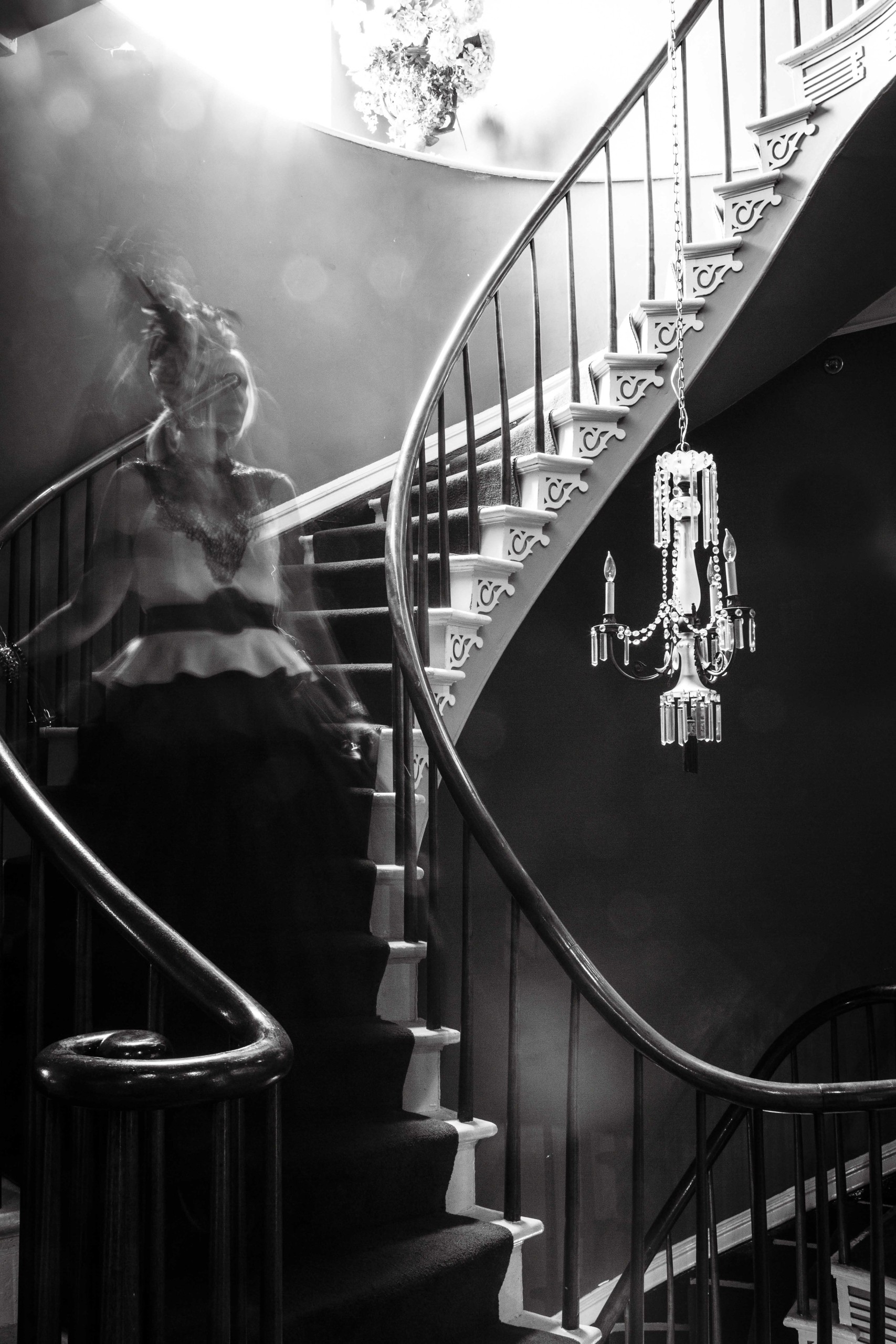 For years, owners have marketed The Myrtles Plantation in St. Francisville as “America’s most haunted house.” Several apparitions apparently haunt The Myrtles, but the most famous is Chloe, an enslaved woman who purportedly had her left ear removed when she was caught eavesdropping on a business conversation between the owner, Clarke Woodruff, and area residents. To further the humiliation, Chloe lost her privileges as a “house slave” and was sent to the fields, according to “A Haunted History of Louisiana Plantations” by Shreveport professors Cheryl H. White and W. Ryan Smith.

In retaliation, Chloe placed juice from the oleander plant inside a cake recipe to sicken the family, not realizing the strength of the poison. Two of the Woodruff children died and Chloe was hanged on the property.

A photo taken at The Myrtles shows what looks like a young woman wearing a turban standing in the breezeway near the plantation’s kitchen. Is it Chloe? There’s no historic proof to back up the claim. In fact, in a 1968 article by J.E. Bourgoyne in the Sunday Advocate of Baton Rouge, the ghost is credited to a French governess, possibly biracial, brought to the plantation by Woodruff by 1826 to care for his only surviving daughter, since his wife and two other daughters had died.

“There are several accounts of the governess’ attire,” Bourgoyne writes. “Some have said that she wears a green bonnet, but since she is French, others maintain that it is a beret. One account holds that she wears a long, black dress with a high-boned collar and dangling jet earrings. It is probable that the earrings are sewed on the beret which she wears, according to many, because she has no ears. The story behind this is that her ears were cut by a cruel northern overseer in a fit of jealous rage.”

Several murders have been thought to have occurred at The Myrtles, including the death of William Drew Winter, who was shot on the veranda in 1871 by an anonymous visitor and struggled up the interior staircase where he died.

“Although there are numerous claims in the public imagination about multiple murders that took place on the site, the shooting of Winter is the only one that has been verified in the historical record of the home,” White and Smith write in their book.

According to many who have had experiences, the house is indeed haunted. In the second season of “Ghost Hunters,” a ghostly figure is seen moving across the camera in an area back of the house. Within a guest cottage, items moved on their own accord, also captured on film. On my 2019 trip to research “A Ghost Chaser” cocktail in the Myrtles Plantation’s Restaurant 1796, mixologist Ashley Vezina reported seeing a “shadow man” and hearing kids playing on the grounds outside the restaurant. 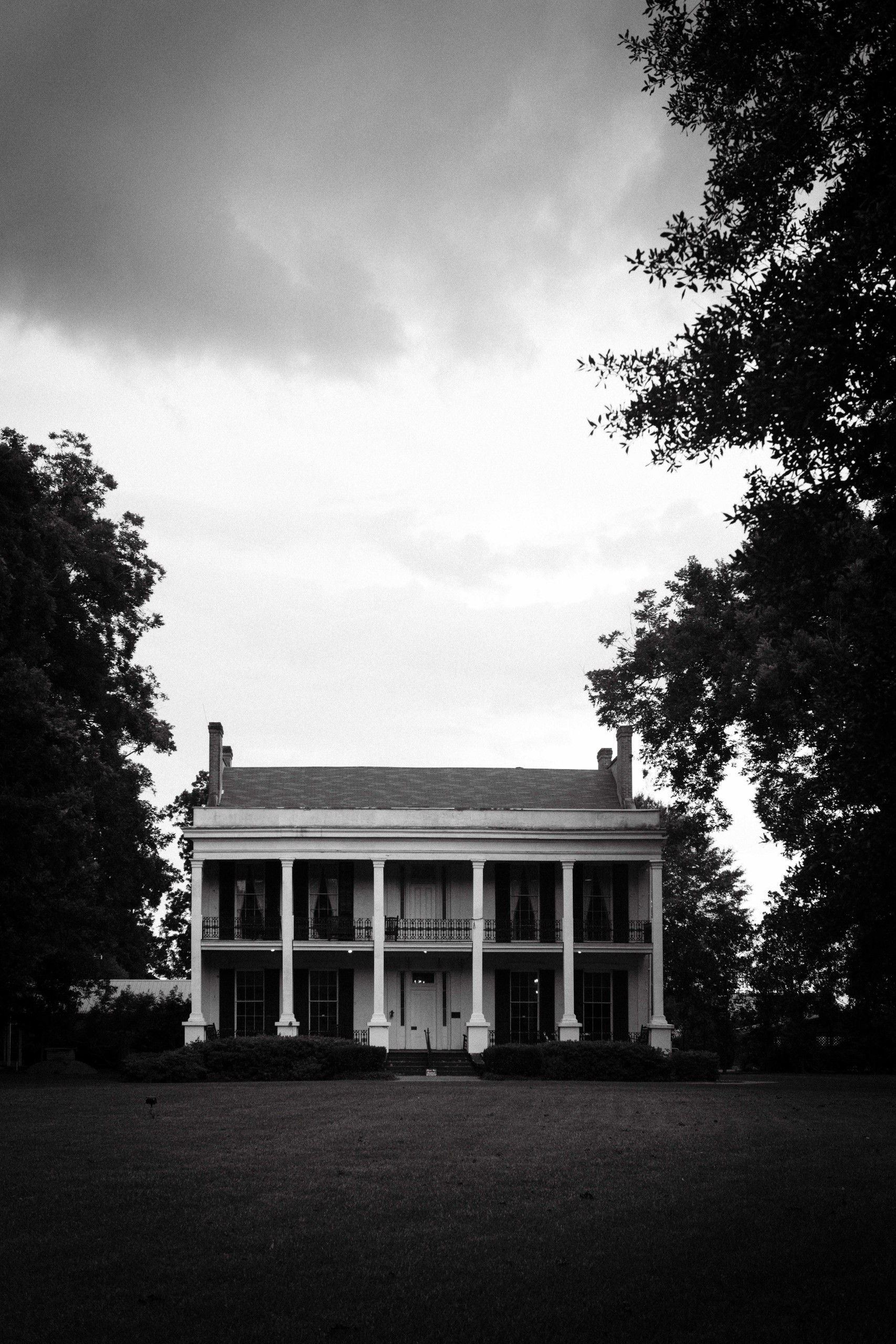 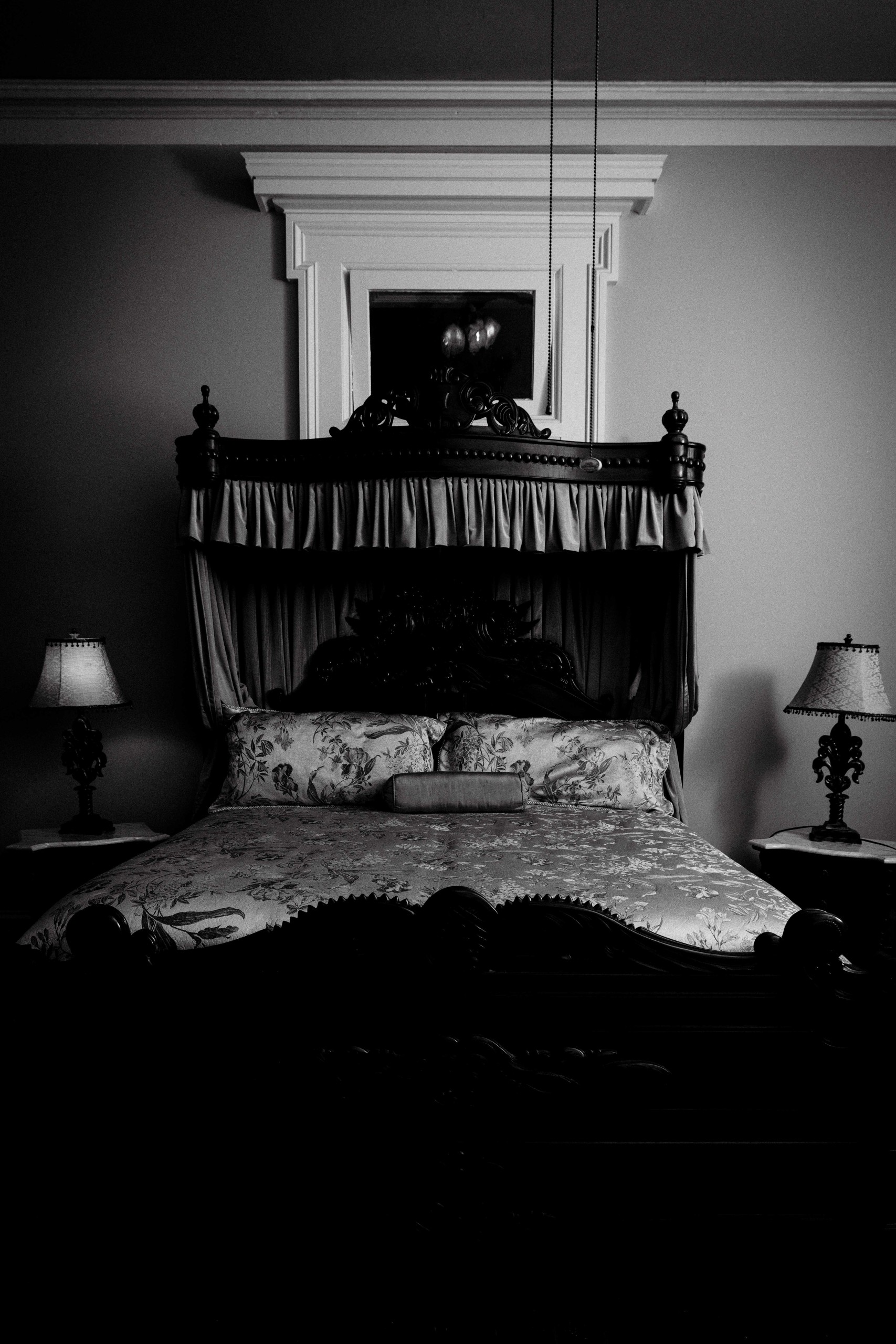 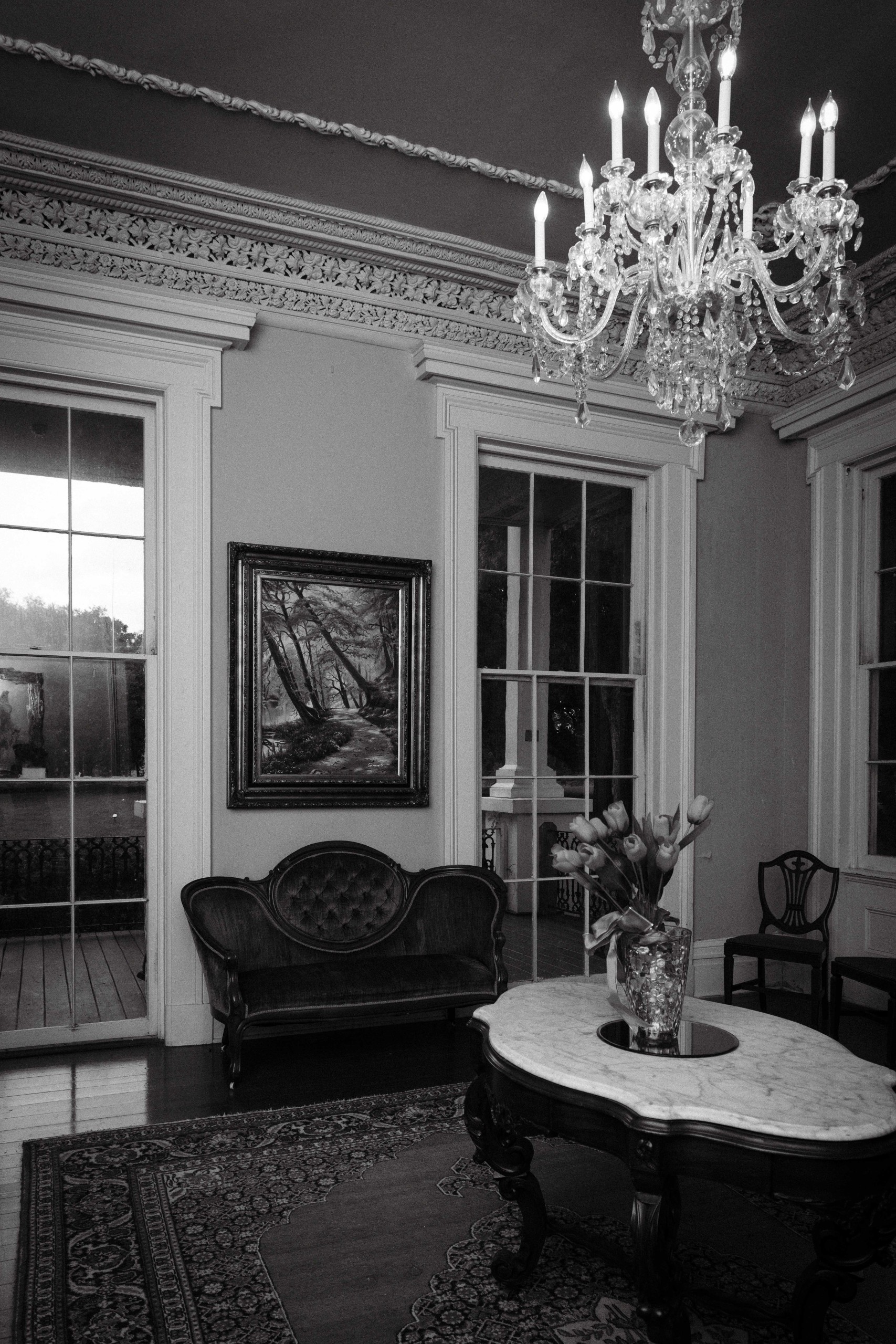 When William Loyd was cast out of the Lloyd family of England, the ones associated with Lloyds of London, the purported black sheep of the family removed an “l” from his name upon arrival in America. He landed in central Louisiana where he built an impressive home and planted tobacco, corn, indigo and sugarcane on hundreds of acres.

Today, the 1820 Cheneyville plantation is listed on the National Historic Register and serves as a bed and breakfast consisting of two suites on the second floor, cottages in the rear and an old commissary and kitchen used for accommodations.

It’s also haunted. Guests have reported hearing weird sounds when no one was around and watching items move on their own accord.

But the stories of who haunts the place vary. The main tale is of a violin-playing ghost some call Harry frequenting the second-floor balcony at midnight. A large stain near the window on the third floor is said to have been left by a dying man. Founder William Loyd may have met his demise on a front yard oak tree when Union soldiers hanged him for treason.

In a 1982 Town Talk article, then-owner Virginia Fitzgerald related her views of the dark stain on the third floor, one that stubbornly refused to disappear no matter how hard she employed cleaners. Fitzgerald recounted the story of a woman spurned by a man — some claim William’s daughter Inez — who slit her wrists at that spot. She also had heard that Loyd’s wife killed a Union soldier there, throwing his body from the third-floor window and secretly burying him on the plantation property.

The last account may have been correct, for what appeared to be a grave site was found beneath the house in the mid-20th century, according to a 1969 article in the Shreveport Journal.

“A bit of marble was at one end of a mound, and old rusty wire at the other,” the article stated. “No one seems to have heard of a grave, and it’s not surprising, for Loyd’s Hall underneath is so complex a maze it’s difficult to get through.”

Fitzgerald and her family never witnessed the paranormal, she told the Town Talk in 1982, and she doubted the house was haunted.

“I’ve spent a lot of time researching Loyd’s Hall since I first moved here,” she said. “Some of the things I’ve heard about this place have turned out to be as false as they could be.”

Melinda Fitzgerald Anderson, the Loyd Hall manager in 2005, was more of a believer. In a Town Talk article that year, she combined two tales into one.

“We have several ghosts,” she said. “The most famous, I guess, would be Harry. He is the Union soldier who was killed on the third floor and is buried under the house. At times you can hear him playing the violin from the second-story balcony at midnight.” 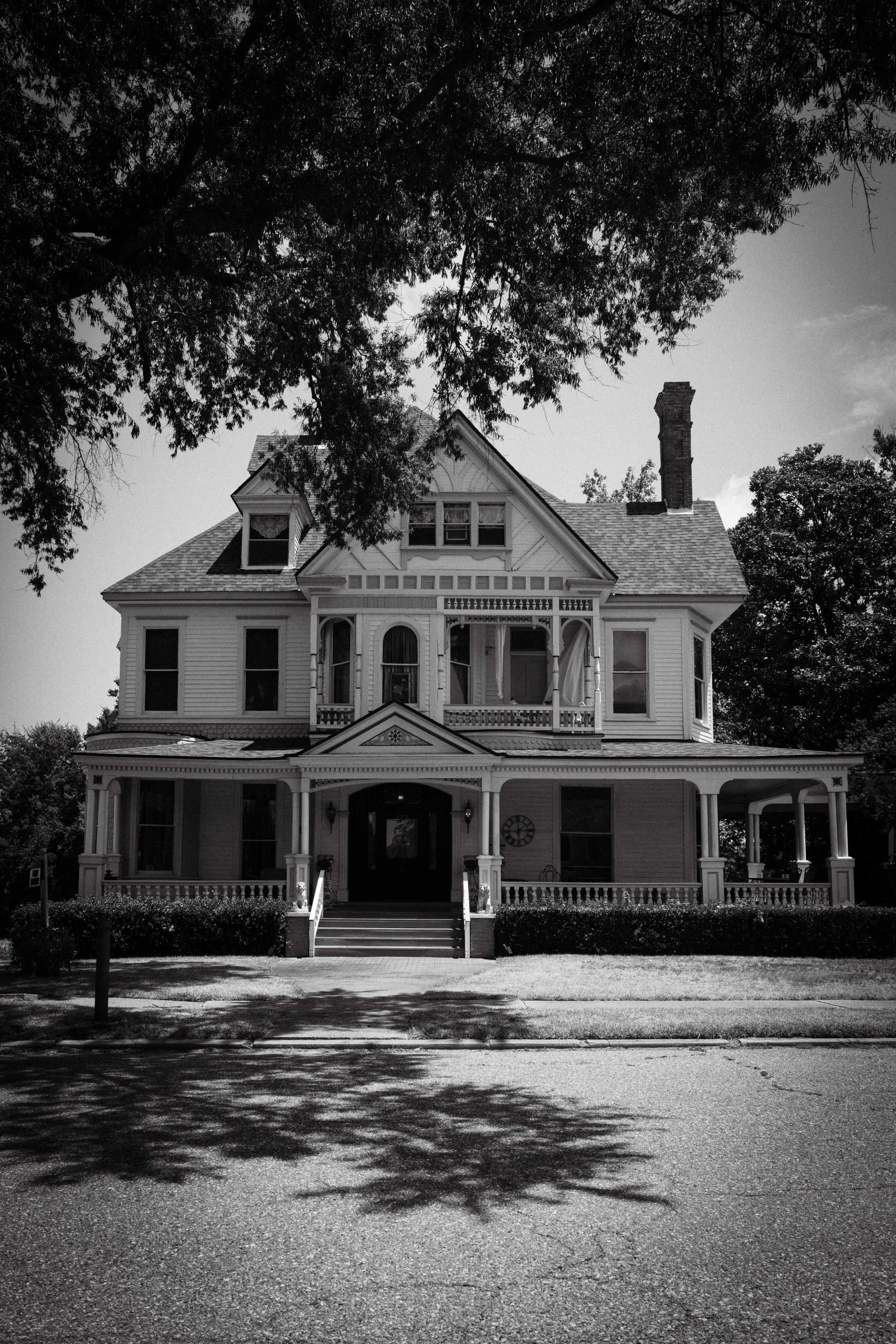 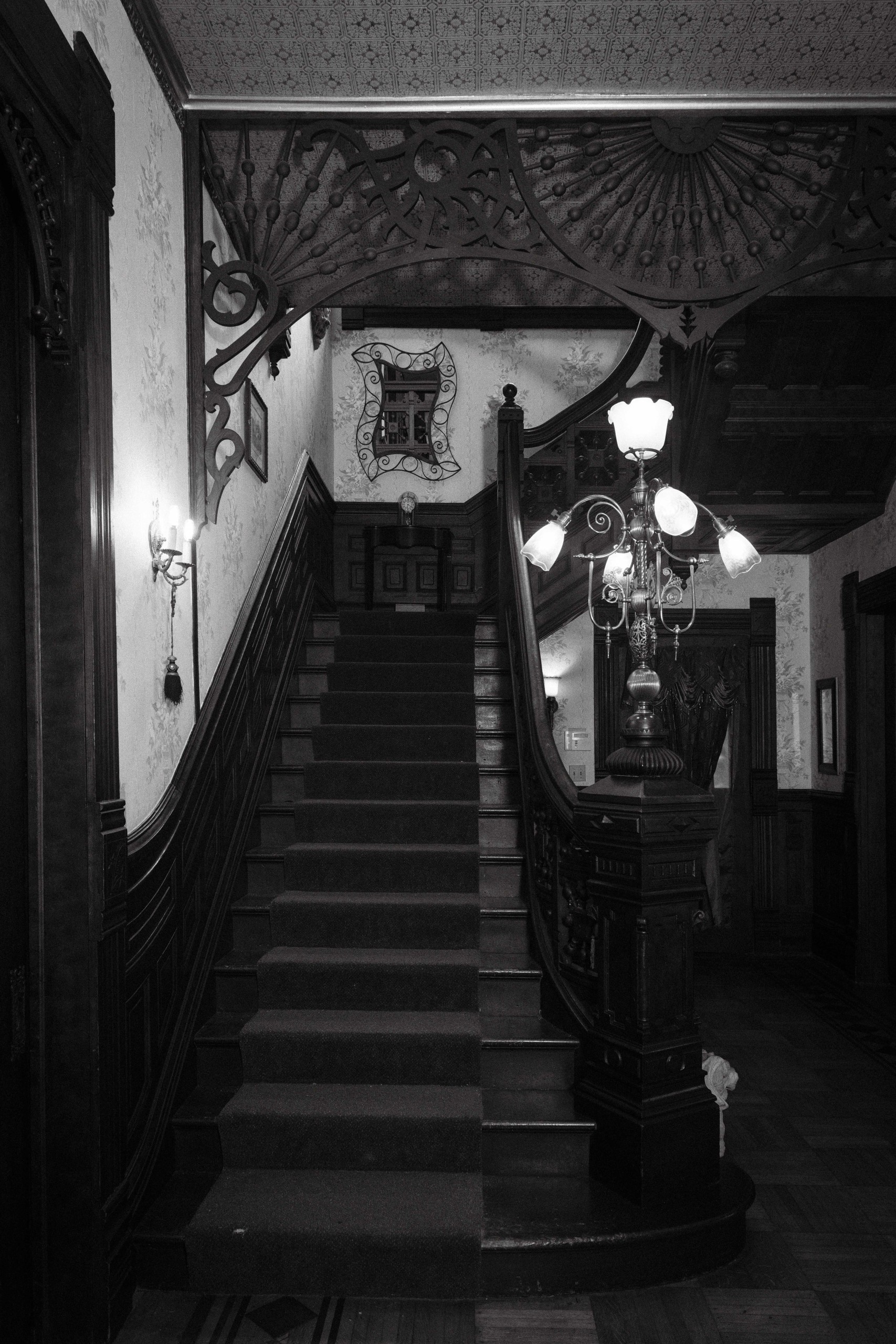 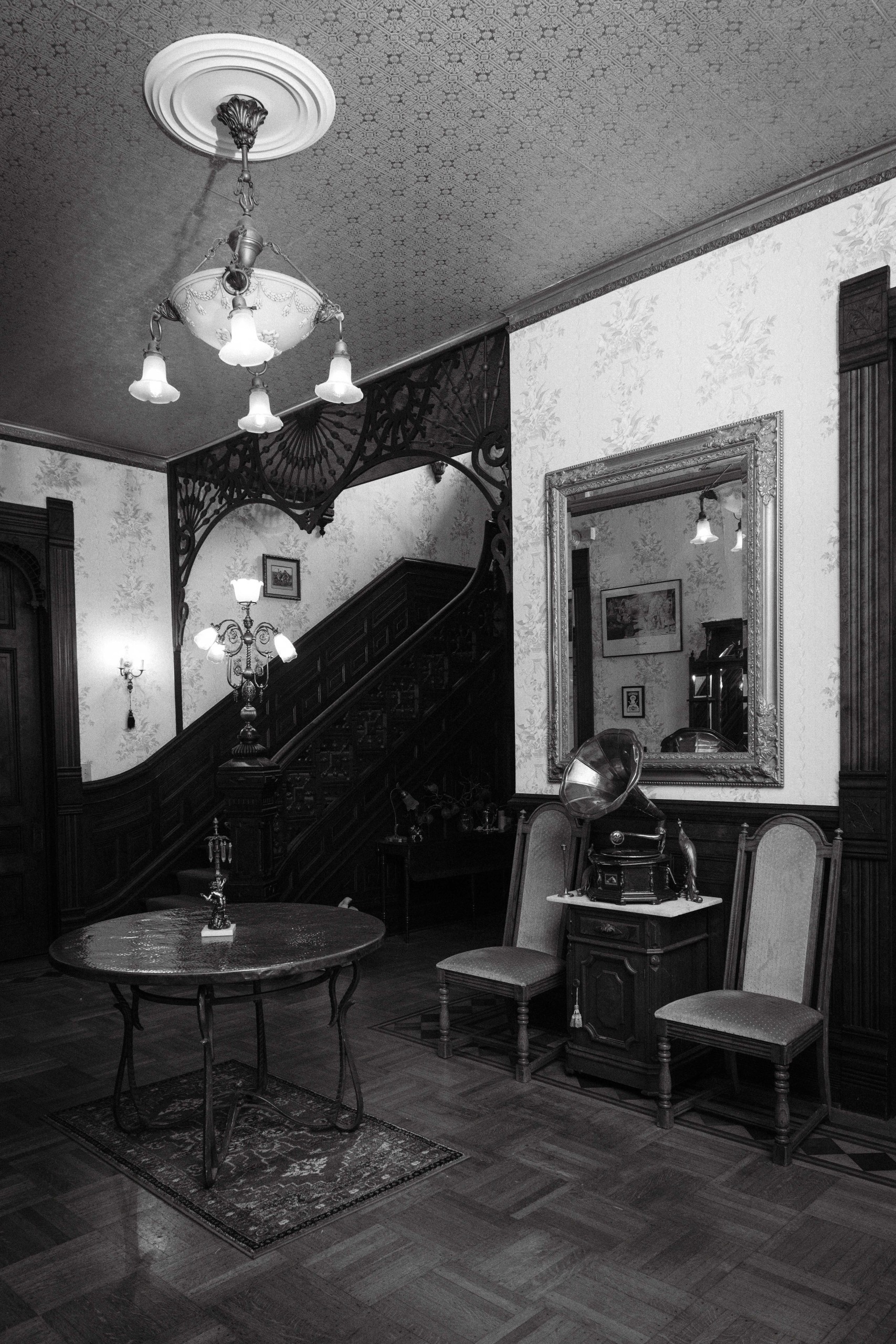 Virginia-born Lafayette Robert Logan served as a colonel in the Confederate Army during the Civil War. He later moved south where he served as president of Logan & Whaley hardware in nearby Marshall, Texas, and worked in Shreveport ice distribution and brewing beer. He married Lavinia Wilson Seay in 1896 and moved into their palatial Queen Anne house on Christian Street, now known as 725 Austin Place, the following year. The gorgeous Shreveport home consists of five fireplaces, a grand staircase, beveled window glass and parquet floors.

Over the years, the home has passed through many ownerships, including Shreveport Historic Preservation, Inc. and KCOZ radio station, otherwise known as “Cozy.” Bill and Vicki LeBrun ran a bed and breakfast on the spot until recently.

Residents and visitors to the Logan Mansion have reported numerous paranormal activity such as unsettling feelings and the vision of a young girl, particularly in the third-floor window. Vicki LeBrun told The Shreveport Times in 2010 that “unexplainable activity” included “doors closing, apparitions and just plain eerie feelings felt throughout the house.”

On a visit in 2013, LeBrun guided me through the home along with a group of tourists. As we paused in the kitchen, and LeBrun explained the home’s history, someone yelled behind us, “Hey!” We all turned around — it was that loud — but no one was there. Lebrun wondered if her cell phone had gone off but we weren’t convinced.

The 11-year-old apparition in question is said to be Theodora Hunt, the daughter of Dr. Randell and Emily Hunt who lived across the street. Some believe Theodora fell from the attic window facing the street, others that she jumped to her death. Historic research has found that Theodora died in Hot Springs, Arkansas, in 1904. Her death certificate claims heart failure.

“Given the historical record, it is not likely that Theodora Hunt committed suicide or even that she fell or otherwise jumped from the Logan Mansion,” write White and Gary D. Joiner in “Historic Haunts of Shreveport.” “The medical record is clear and unbiased in its report of a medical cause of death. The newspaper report suggests that no one expected Theodora’s illness to be fatal, even though she was receiving medical treatment in Hot Springs, which was known for its healing waters.”

The authors offer that Theodora may have had an illness that caused her fall, since oral traditions in Shreveport maintain her story. She could have later succumbed to her injuries in Hot Springs.

“History can only chronicle the verifiable story of human beings preserved in written records,” the authors concluded. “If Theodora’s ghost does roam the massive rooms and halls of the mansion, it would be quite fitting for her to stand at that third-story window and gaze across the street where her family’s home once stood.”

Cheré Dastugue Coen is the author of “Haunted Lafayette, Louisiana.” Despite her journalistic drive to find the history behind stories of apparitions, she most definitely believes in ghosts.