A Day at The Watermark

First came the bonuts, then the secret tour. It was going to be a fun afternoon.

I was in Baton Rouge for Travel South, a convention designed to educate tour operators and travel writers like myself about the joys of vacations down South. We started our journey at downtown Baton Rouge’s Watermark, a gorgeous Art Deco hotel built in 1927 as the headquarters for the Louisiana Trust and Savings Bank. Later, it would serve as a state office building, then sit dormant until lovingly restored as a boutique hotel.

But I’m getting ahead of myself. 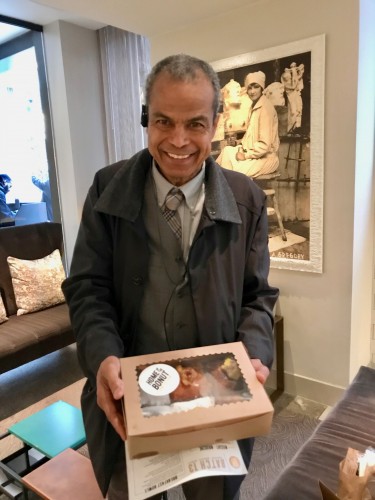 I met up with friends at The Gregory, the hotel’s restaurant and lounge located in what was once the bank lobby. While we assembled and began discussing the upcoming convention, Bill Facey, the hotel’s bell captain, brought in a box of “bonuts” for our inspection. He heard that many of the conventioneers were newcomers to Louisiana and had to show off the mixture between a donut and a biscuit that’s created by Batch 13 Biscuits and Bowls in downtown Baton Rouge. The box contained chocolate, blueberry and lemon-flavored bonuts, among others, and we all took a bite. Talk about good.

After our sugar trip to heaven, Facey grabbed us for a “secret tour” of the historic building, starting with The Gregory, named for artist Angela Gregory of New Orleans. Before he detailed the Newcomb graduate in architecture who created the bank’s murals, he pulled us in close.

“Sometimes we’re sitting on acres of diamonds,” Facey told us. “What we must look for is these diamonds in our midst.”

The Watermark is a diamond mine, he informed us, starting with the set of murals overlooking the restaurant’s tables. The bank commissioned Gregory in the 1940s to detail Louisiana’s industry in several panels on what was once the bank’s mezzanine.

He then took us down a graceful marble staircase to where the bank vault was once located, now an elegant conference room. Off to the side of the conference table is a seating area in the former safe deposit box room. Naturally, the walls are several inches thick and the room’s ambiance reflects its former incarnation. 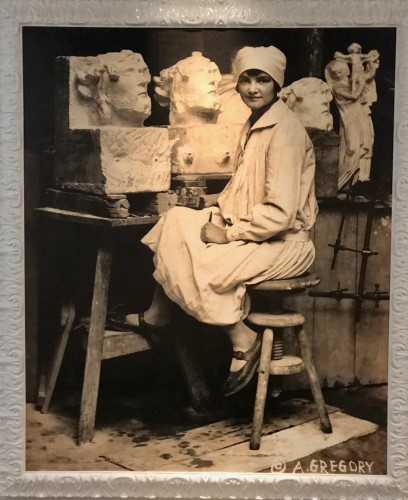 Down the hall, outside the Founder’s Room, are photos of the bank founders printed on the same paper used in the U.S. Mint, Facey told us. For a laugh, each photo contains a modern ingredient. For instance, Charles W. McCoy, who invented drive-in banking, wears an iWatch. Others have cell phones in their pockets or ear buds in their ears.

On the hotel’s second floor, Room 225 once served as the bank office. Immediately outside the current hotel room is an inconspicuous wall panel. Facey explained that if an irate customer came to the office and the bank president didn’t want to be bothered, he would exit down a secret staircase behind the panel.

We also got peeks into second story guest rooms with long narrow skylights, the fitness center with its unique wall accents and a punching bag and the elaborate chandelier made of bicycle chains in the women’s bathroom off the lobby.

All the while Facey called us each by name, insisting that “the sweetest thing you can say to a person is their name.”

We gave our new friend a big hug and joined the others while Facey headed for home. We later learned that the reach of this diamond of an employee extends past the Watermark Baton Rouge Hotel. He’s lovingly called the “Mayor of Third Street.”

If only our politicians had such passion, what a wonderful world this would be. 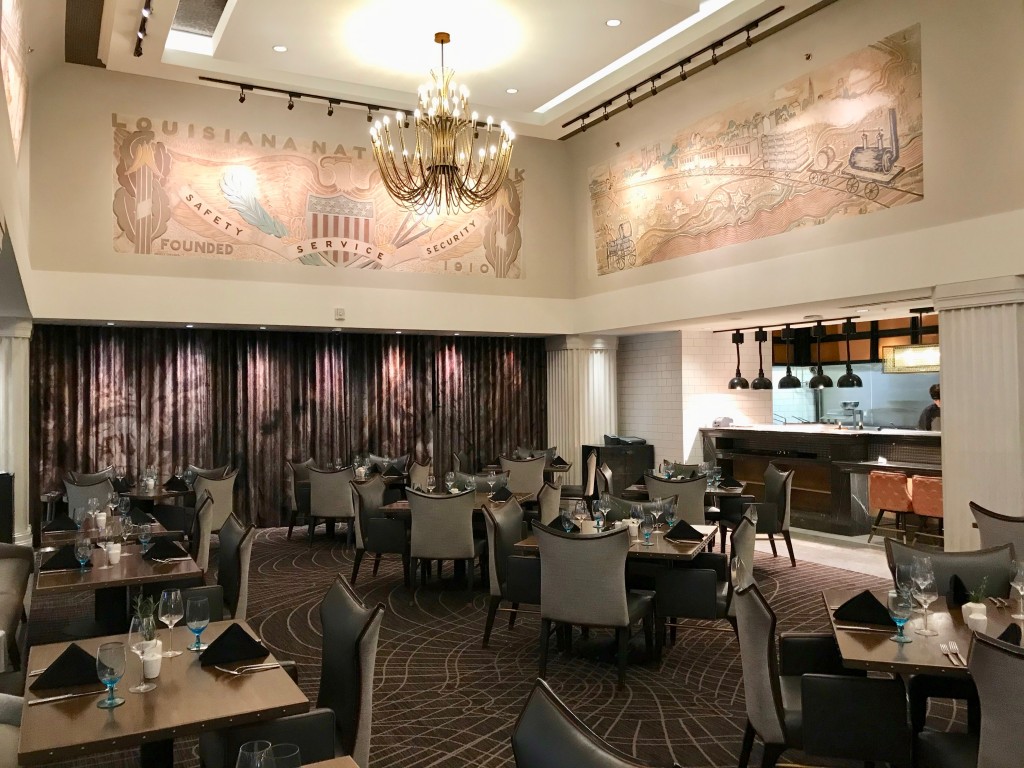