Art in Louisiana – A 25 Year Renaissance 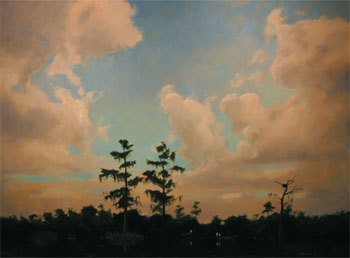 Billy Solitario, “Three Egrets;”
Over the last 25 years, the Louisiana art scene had grown and prospered in cities across the state, especially in south Louisiana. Hurricanes Katrina and Rita almost swept it away. Derelict buildings in rundown Main Streets and in dying urban commercial districts had found new life as cafes, upscale shops, condos and art galleries – as a younger generation of Louisianians looked within their aging towns and cities for a 19th and early 20th century aesthetic that was crumbling before their eyes. Then came the storms and everything was in jeopardy. Gallery owners and artists are now working to salvage what had been a renaissance in the visual arts.

Beginning in the early 1980s, Louisiana’s artists had awakened to their own creative spirit and reclaimed their position on the national visual arts scene. Black artists, such as Sarah Albritton, Willie Birch, Sister Gertrude Morgan, John Scott and numerous others have been featured in many of the state’s best galleries and in major art museum shows. While traditional art forms and various art movement-isms still thrived in the region, artists – black and white, trained and self-taught – explored their cultural and spiritual roots in the rural South, in Creole and Acadian south Louisiana, in the Caribbean Islands, Central America and in Africa. 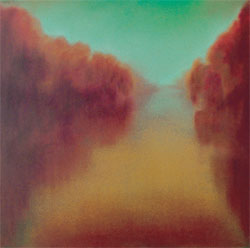 According to some observers, including acclaimed British art critic Edward Lucie-Smith, many artists in Louisiana have produced work unlike anywhere else in the South. In a 1996 exhibit of Louisiana art that traveled to London, Lucie-Smith got to the very heart of New Orleans and south Louisiana art: “Some links to the immediate environment are obvious: for example, artists often make use of imagery, which reflects the annual festival of Mardi Gras. Other hallmarks are subtler. African-American art has a growing presence, which is not always found in the southern cultural mix … New Orleans artists offer themselves a certain liberty to reject the fads, which often sweep the New York art world. They are under less intensive pressure from both critics and their peers to conform to whatever the latest orthodoxy may happen to be.” 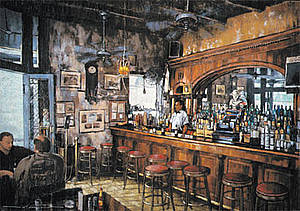 Louisiana artists, like other artists around the country, were aware of changing national art trends and many incorporated them into their work. But there was a major difference, said New Orleans art critic Doug MacCash in 1999. “In New York, Post-Modernism came in and everybody there dropped their guard and said, ‘We don’t need to be the next great wave.’ And they forgot it immediately and went on to the next new thing. That is not a mistake a New Orleans artist would make or collectively we would make. There’s a beautiful inertia here.”

Over the last two decades, art in Louisiana has ranged from the nostalgic and romantic pastel landscapes of Alan Flattmann to John Scott’s brightly painted abstract kinetic sculpture imbued by African and Roman Catholic mysticisms, and to Lin Emery’s polished aluminum sculpture inspired by wind and water currents. Even self-taught artists around the state – almost totally ignored in the past – gained recognition, thanks to the 1993 show “Passionate Visions” organized by the New Orleans Museum of Art (NOMA). 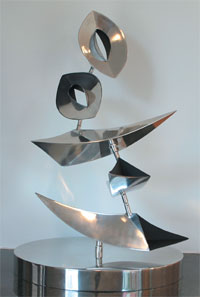 FIGURATIVE IMAGES
In the 1980s and ‘90s, another group of south Louisiana artists developed a special vernacular to interpret the region’s cultural and natural environment. Dubbed “Visionary Imagists” by the local art world, these artists – Jacqueline Bishop, Douglas Bourgeois, Ann Hornback and others – used bright colors to create tightly controlled figurative images of spiritual and cultural concerns that are often masked in, as one critic phrased it, “absurdist humor.”

While many Louisiana artists have explored new vocabularies to express their work and environment – such as Lafayette artist Francis Pavy’s Zydeco paintings – others including Melissa Bonin, Henry Casselli, Alan Flattmann, Rhea Gary, Rolland Golden, Simon Gunning, Elton Louviere, Shirley Rabé Masinter, Elemore Morgan Jr., Auseklis Ozols, Carolyn Pellegrin, Phil Sandusky, Melissa Smith, Billy Solitario and scores of others were, and are, part of a continuous tradition of landscape and cityscape painting that dates to 19th Century Louisiana realists. They’ve found that same inspiration in the architecture, the people, the subtropical climate and the almost ethereal hazy light of southern Louisiana.

The new energy in the visual arts was not limited to sculpture and painting. Art glass and photography has enjoyed critical and commercial success since the early 1980s and ‘90s. A bevy of talented artists turned out remarkable work at the New Orleans GlassWorks in the Warehouse District and at several other galleries in the city. Glass artists such as Mitchell Gaudet and Gene Koss gained considerable followings.

ERA OF PHOTOGRAPHY
Photography, though always popular in Louisiana, rose to even greater acceptance as an art form during the last three decades. A new generation of talented photographers – Harriet Blum, Syndey Byrd, Debbie Caffery, Keith Calhoun and Chandra McCormick, Sandra Russell Clark, Joyce Linde, Lane Lefore, C.C. Lockwood, Kerri McCaffety, Julia Sims, John Slaughter, Michael Smith and many others – have created their own visions of New Orleans and rural south Louisiana. But even here, photographers look to the land and to the city’s cultural landscape where, in the words of famed New Orleans surrealist photographer Clarence John Laughlin, “symbols have a life of their own.” 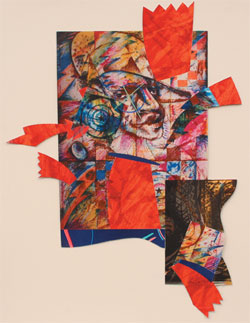 ART ON THE WALL
Perhaps most important to the rebirth of the visual arts were the aggressive museums and art centers, and the growing number of galleries for artists to show their work. Over the last 25 years, Louisiana’s art market has grown phenomenally, with art galleries and arts districts springing up in major cities and towns across the state. Most importantly, these galleries made buying art more approachable and less intimidating to a younger generation of buyers through monthly wine-and-cheese gallery walks.

In addition to an expanded gallery scene, art museums around the state – including those in New Orleans, Alexandria, Shreveport, Baton Rouge and Lafayette – heightened the public’s awareness with major expansions. In addition, Louisiana State University built a magnificent new art museum in downtown Baton Rouge, Lafayette got its Paul and Lulu Hilliard University Art Museum, and in New Orleans, NOMA underwent a $23 million expansion in the mid-1990s. The New Orleans art scene got another major boost in 2003, with the opening of the new Ogden Museum of Southern of Art in the heart of the city’s popular Arts District.

In the early 1980s, the New Orleans Arts District and Magazine Street became the unquestioned centers for mainstream and contemporary art in the city. In the middle of that world was the Contemporary Arts Center (CAC), which underwent a $5 million renovation and transformation in the early ‘90s. The CAC gave area artists a place for expression while exposing New Orleanians – whose tastes in art tended to be more traditional – to new ideas and voices. Over the years, the CAC took risks in showing experimental regional, national and even international work. But most importantly, the CAC was a catalyst in turning the surrounding neighborhood into a major center art district with galleries that would rival New York’s SoHo.

SURVIVAL
South Louisiana’s greatest challenge over the last 25 years was not how to sell art or to build new art museums, but to survive Hurricanes Katrina and Rita – which destroyed much of south Louisiana and dispersed its artists throughout the nation. Many have come home, while others have built new lives in other cities. Remarkably, art galleries were among the first businesses to reopen in New Orleans after Katrina. Within two months, all but two of the 18 galleries in the New Orleans Arts District had opened their doors. Although one still remains closed, two new galleries have opened in the district since the storm. Unfortunately, few tourists were around to buy art. Despite this, most galleries have managed to hang on through Internet sales and aggressive promotions to their collectors. Some artists, such as New Orleans’ Phil Sandusky, claim some of their best work resulted from the storm. Inspiration has many voices. 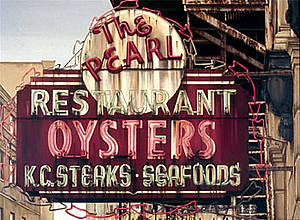 By late 2006, artists and gallery owners were guarded but hopeful. “I feel there is a lot of hope,” said New Orleans gallery owner Arthur Roger, five months after Katrina. “There’s a lot of optimism that we will recover.”

The art scene in Louisiana over the last 25 years grew from obscurity to to a nationally recognized phenomenon. Its “discovery” by the outside world was remarkable. Now, after Katrina and Rita, it faces even greater challenges as it moves from renaissance to resurrection.