In 2005, during the days of confusion after Hurricane Katrina broke New Orleans’s levees, the military needed someone to take charge. That happened once Russel Honoré, a Louisiana-born General with lots of swagger, stepped off the helicopter. New Orleans Mayor Ray Nagin would describe him as “that John Wayne type character.” Honoré would be called again to defend a different city in 2021, after the January 6 assault on the U.S. Capitol. House Speaker Nancy Pelosi asked the general to conduct a security analysis. Honoré joins Errol Laborde, executive editor of Louisiana Life, along with podcast producer Kelly Massicot to discuss his battlefield career and his latest battle for equitable energy policies.

Oh yes, we will also talk about his Green Army and how to go to battle. 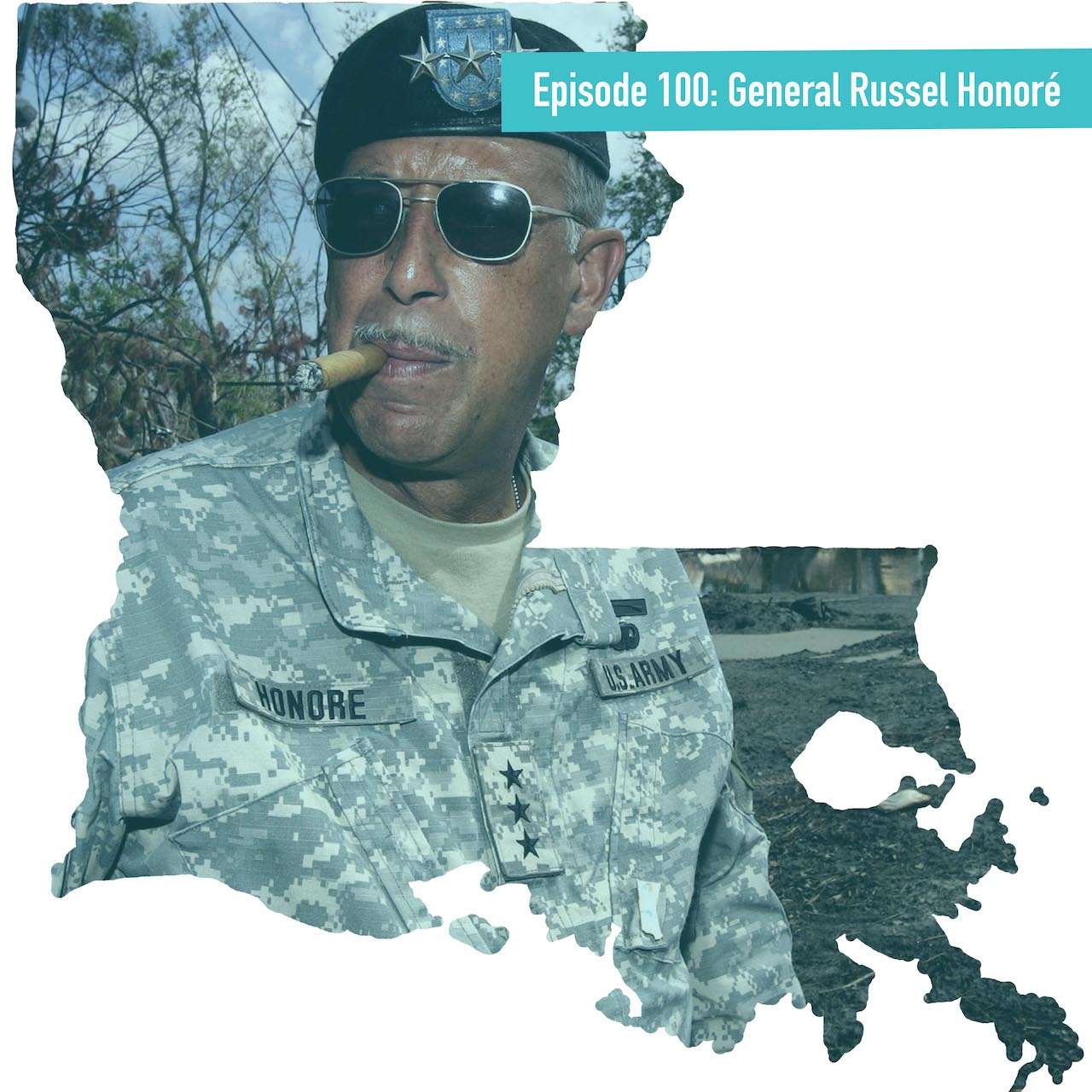