Episode 25: If You Were An Escaping Nazi P.O.W., Louisiana Was A Far Place To Swim From; National WWII Museum

Besides sending many of its best overseas, Louisiana played important roles in World War II including ship manufacturing, training and housing German POWs. Dwight Eisenhower even spent times here overseeing maneuvers. Louisiana is still part of the World War II story as it is home to the war’s national museum. Kim Guise, a curator for the museum, joins Louisiana Life Executive Editor Errol Laborde and podcast producer Kelly Massicot to talk about the war and her specialty, the role of women. Oh yes, we will also hear music from the era! 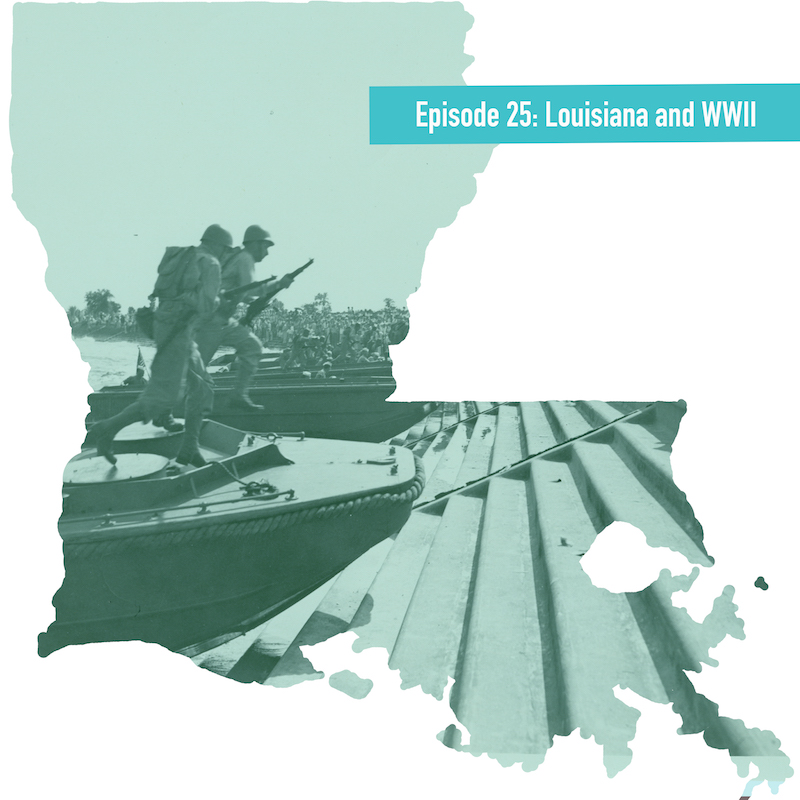