Episode 35: The Empire of Louisiana – Aaron Burr and What Might Have Been

Imagine being Vice-President of the United States and having killed Secretary of the Treasury Alexander Hamilton in a duel. Imagine that later in his career the same person possibly committed sedition by trying to make the newly purchased Louisiana territory part of an independent empire. Imagine that this person gets off without any punishment and spends the last years of his life as a practicing lawyer in Manhattan. UNO historian Charles Chamberlain joins Errol Laborde, executive editor of Louisiana Life, along with podcast producer Kelly Massicot to tell the riveting story about Aaron Burr’s career including his Louisiana territory escapade. Oh yes, we will also hear the career advice Burr sings to Hamilton in the musical by that name. 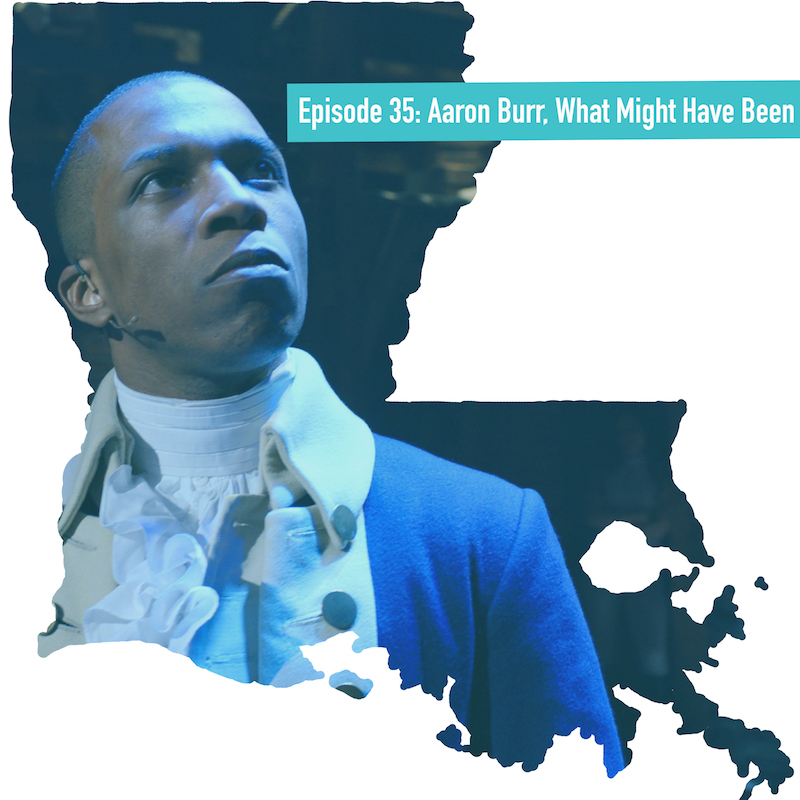