Don’t you just hate it when you’re walking in the yard of an old farmhouse and there is a ghost staring out the window? How about that strange noise some folks claim they have heard coming from the barn? And do you sometimes get the feeling that someone is looking over your shoulder only to turn and find no one there? Those are stories that Kenneth Brown, an archaeologist from the University of Houston, heard as he went digging at Magnolia Plantation near Natchitoches, Louisiana. Brown did not spot any ghosts himself, but he did learn much about the lives and traditions of those who occupied those grounds – including post-war freed slaves. Brown, who was a guest expert on the Destination America show “Ghost Brothers” which hosted it’s first episode at the plantation, joins Errol Laborde, executive editor of Louisiana Life, along with podcast producer Kelly Massicot, to tell stories about what archaeologists are learning from plantation life. Oh yes, we will also hear about what he found in the ground for his exhibit at the Smithsonian’s National Museum of African American History and Culture. 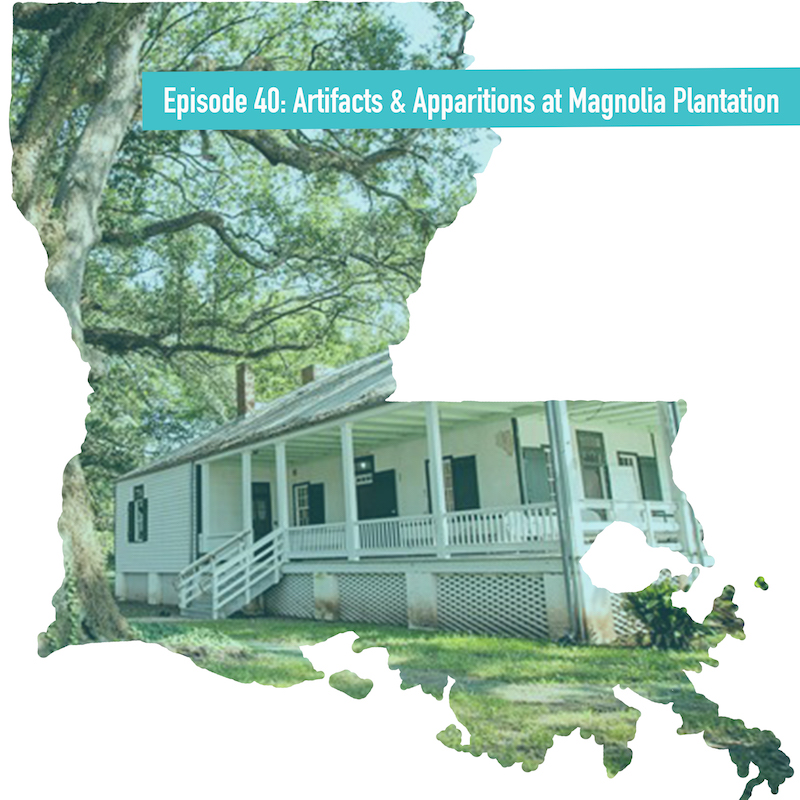