Episode 51: A Louisianian Who Saved China

Clare Chennault led the country he was fighting for in defeating the Japanese in the air war. Surprisingly, that country was China and without his aerial combat skills Japan may have conquered the nation in 1937. Accordingly, the outcome of World War II, which was just beyond the horizon, may have been totally different.

Author Richard P. Voohries, Jr., a retired U.S. Air Force Lieutenant Colonel, joins Errol Laborde, executive editor of Louisiana Life, along with podcast producer Kelly Massicot to talk about his book, “Chennault, A Rebel in China,” as well as Chennault’s famous combat squad, “The Flying Tigers.” Oh yes, we will also here about how Chennault was influenced by early American Generals, southern traditions and his relationship with Madame Chiang Kai-shek, wife of the ruling Generalissimo. 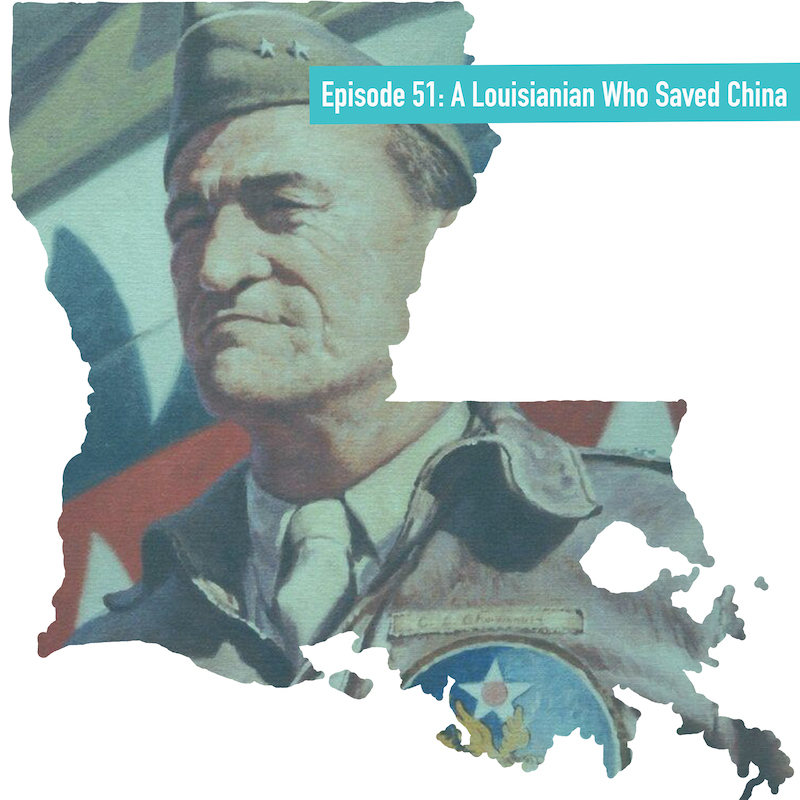 Episode 62: A View From The Coushatta Nation – A Tribal Chairman Speaks Out

Episode 61: Edwards, The Stories Continue; Plus, A Dad's War