Europe was ablaze with the biggest war that the planet had experienced up to that time. In Louisiana, there were also lots of battles; including an end to the Red Light District, racial tensions and the coming of prohibition. And there were a few clear victories with the evolution of Jazz and women’s suffrage. Historian Brian Altobello joins Louisiana Life Executive Editor Errol Laborde, along with podcast producer Kelly Massicot, to tell stories from his new book “Whiskey, Women and War: How the Great War Shaped Jim Crow New Orleans.”

Oh yes, we’ll also hear about Mayor Martin Behrman and his impact on restructuring the city. 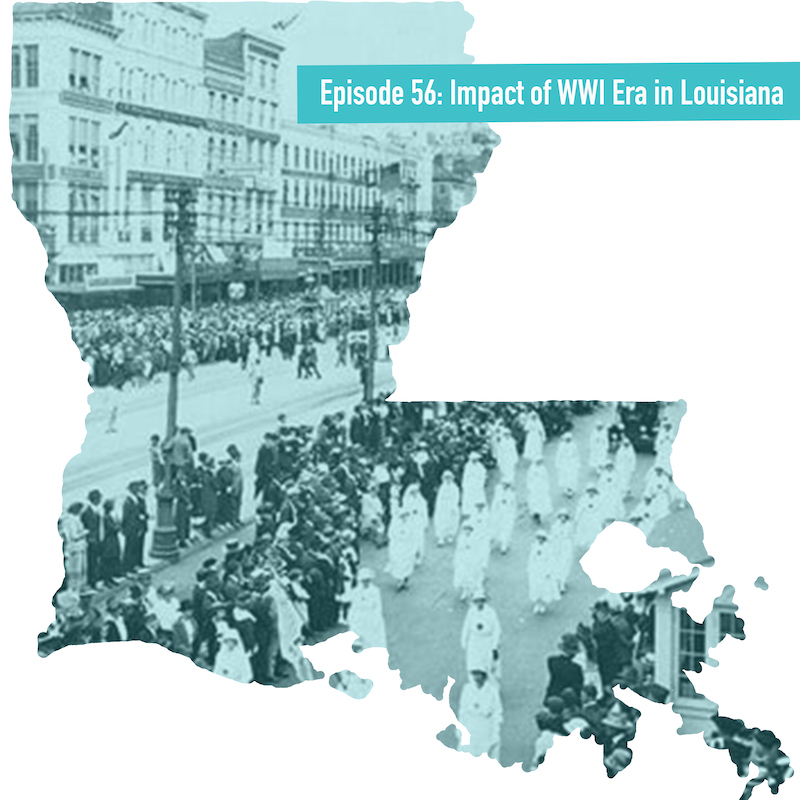