One Saturday morning when I was a kid and we were staying for the weekend with relatives near Moreauville in Avoyelles Parish, I was awakened early — way early — to prepare for the morning’s big event, a boucherie.

I do not remember the exact date, but certainly it was in autumn because someone who lived down the road (these types of events always take place “down the road”) was hosting a ritual where a hog was being sacrificed to the culinary gods.

By the time we got there a Godzilla-sized pig carcass had already been hoisted on a spit where a fire below would slow cook the pig over the next few hours, so the skin would become crispy and the inside juicy. (This was “slow cooking” long before that term had found respectability in the modern era as a preferred method for preparing meats.)

Nearby was a long table around which workers — mostly women — prepared various parts that had been chopped and scraped from the hog. At one spot around the table a group of ladies were shoving seasoned pork pieces into a meat grinder that had a sausage casing attached to the end. There is an old political joke saying laws are like sausage, it is best not to watch either being made. Both go through a grinder and the process isn’t always pretty.

In retrospect there is a real division of labor by gender. While the women made the sausage, some men stood over a boiling cauldron into which strips of pig skin were tossed as the first step to making cracklins or, as they say in the Cajun Country, gratons. The strips are cut in such a way that there is a bit of meat attached to the underside. The final product will combine the crispy skin, spiced by a sprinkle of salt, and the counterbalance of the fried meat which, by comparison, has a sweeter taste. While the Mayo Clinic has yet to adjudicate on cracklins as a health food the deep-fried strips do taste amazingly good, though my rule is not to consume more than four a year — maybe five.

With all of this said, the main reason I asked you here is to discuss another item from the boucherie — hog’s head cheese, or as spoken in the old country, fromage de tete.

I did not want to think too hard about what innards from a pig the ladies were putting into their meat grinder. This is an ancient’s dish with variations and different names in practically every country, but the concept combines meats with delectables such as bone marrow, which when cooked properly can form a gelatin. The meat is contained in the jelly to form a somewhat wobbly mass. A final step was to put the mixture in cloth sacks and then hang them from a clothesline where a fermenting process would take place.

There are several commercial brands that can be purchased at groceries, some with a spicy option — and they’re not kidding.

Increasingly the dish is listed on menus as just “head cheese,” minus the hog, served as an appetizer even at white tablecloth restaurants. At a place where I ate recently some meaty slabs were served with a Creole sauce for dipping, saltines and house specialty relish and tomato pickles. Truth is, after devouring the appetizer we really did not need the entree.

The website, Gastro Obscura says this about the dish, “Perhaps if they didn’t call it head cheese, we’d all have a greater appreciation for this delicious, terrine-like velvety meat spread that is at peril of becoming an endangered food.”

“Endangered”? We’re in trouble. The website also describes the dish as a “glistening block of quivering meat.” With poetry like that we should never let hog’s head cheese be forgotten. 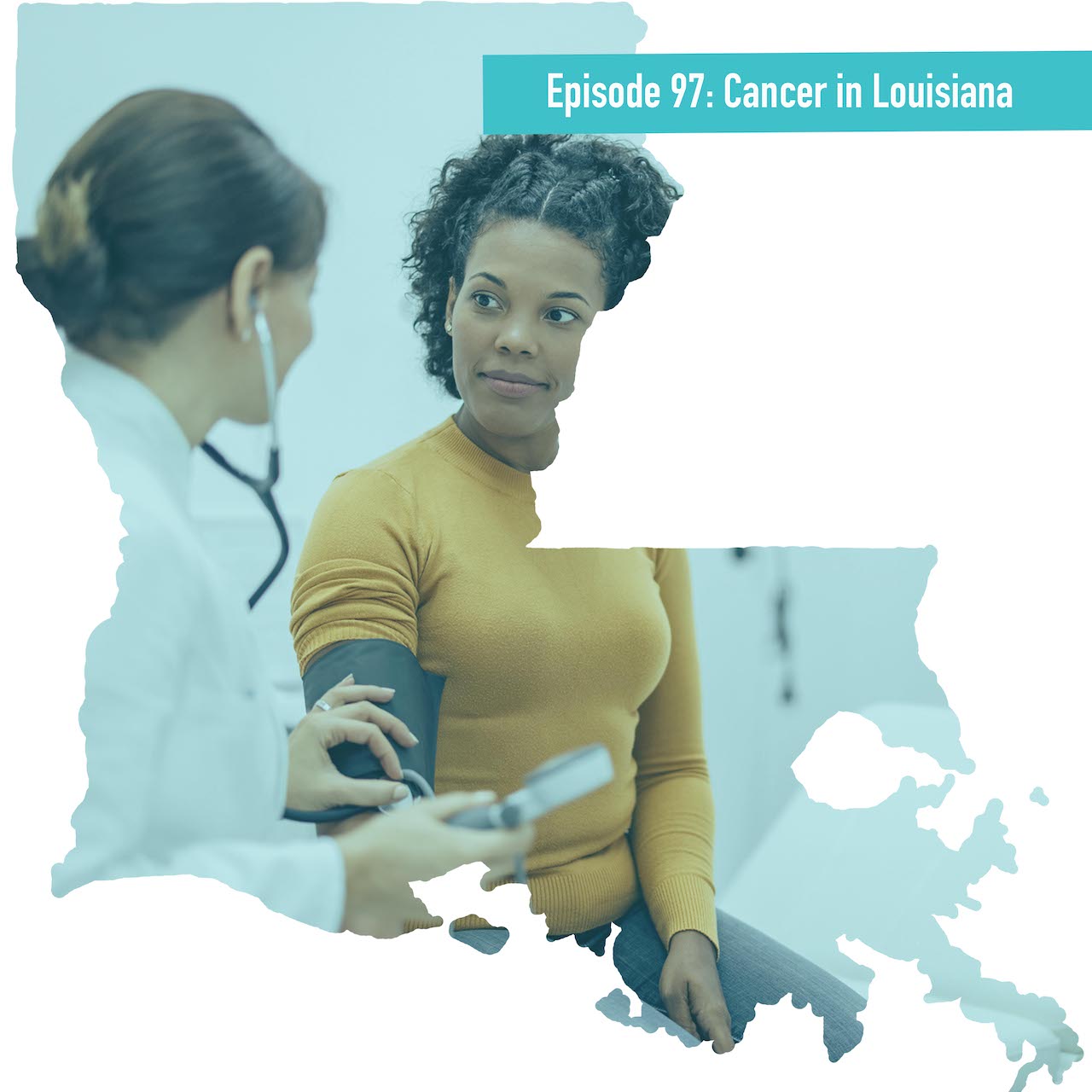 Episode 97
Cancer in Louisiana – The Statistics and Treatments
It is the true Public Enemy Number One. In Louisiana, cancer takes many victims but there is an advance guard providing research and treatments. Guest: Jasmyne Watts, a cancer support manager for the American Cancer Society 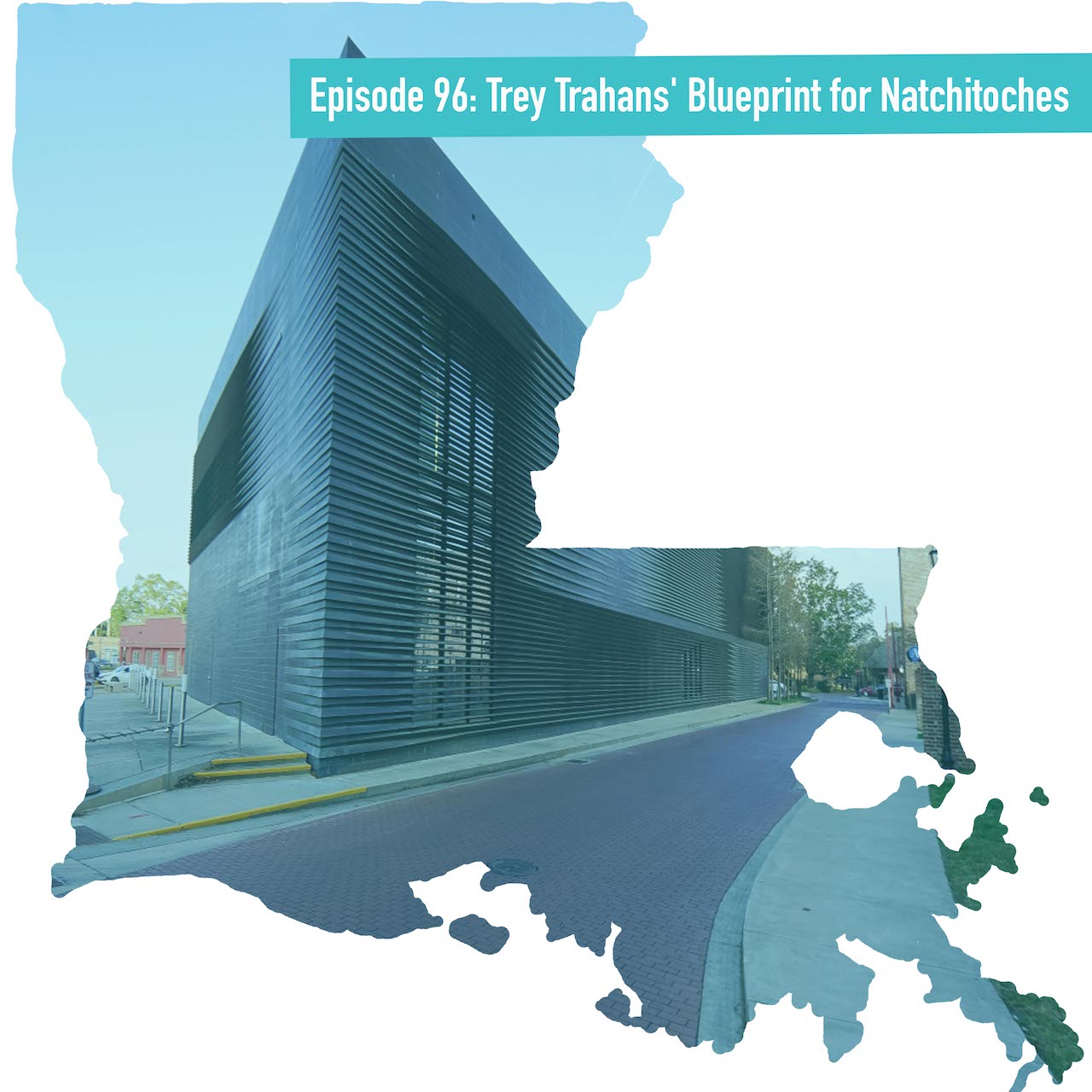 Episode 96
Architect Trey Trahan’s Blueprint for Natchitoches
Natchitoches is known for its quaint architecture, plus one building that is hip and cutting edge. The building, which now houses the Louisiana Sports Hall of Fame and the Northwest Louisiana History Museum, is so much of a discussion in the architecture world that it was featured on “How Did They Build That?” — a globe-trotting series on the Smithsonian Channel Guest: Architect Victor “Trey” Trahan 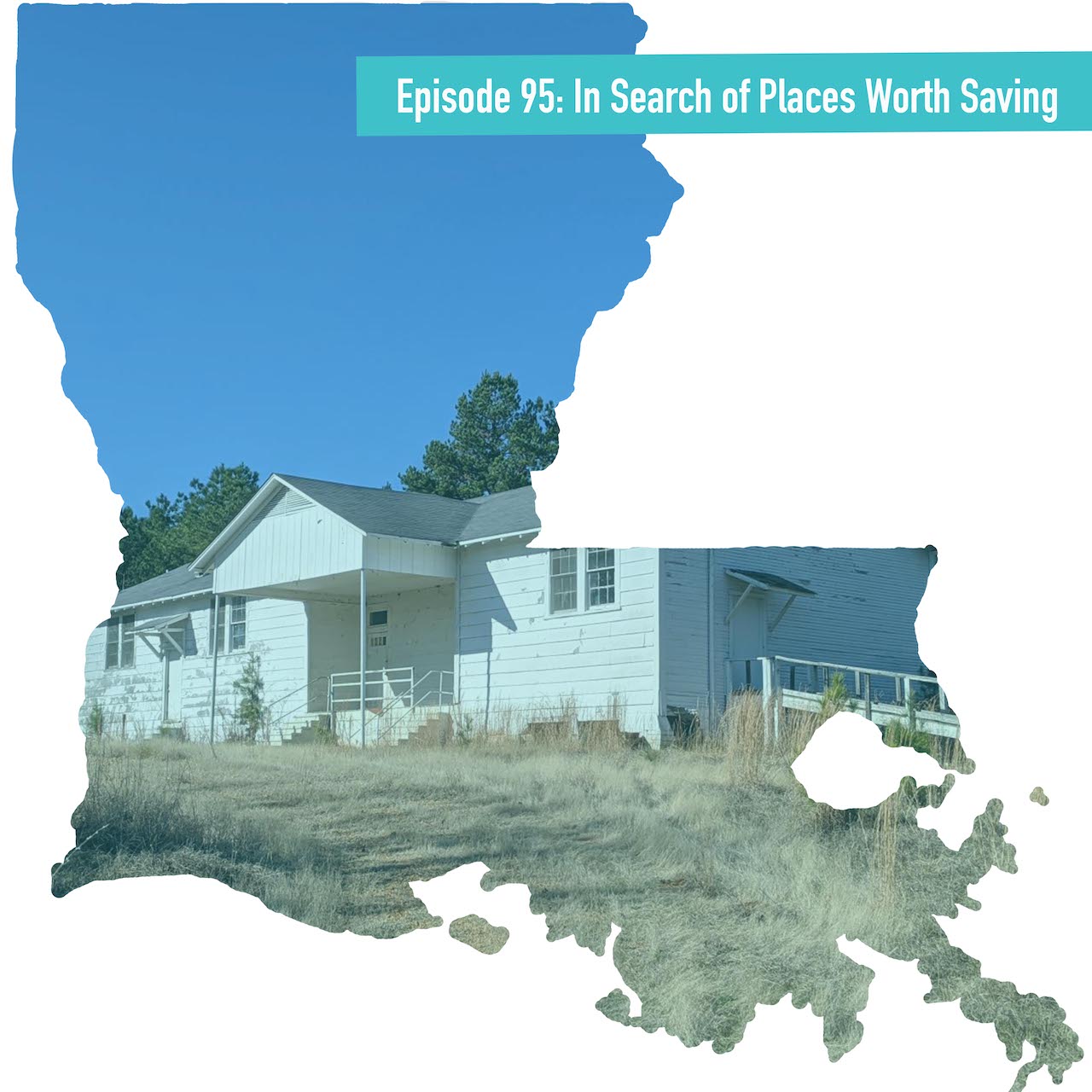 Episode 95
In Search of Places Worth Saving
Some of the state’s most interesting places were built for everyday people to do great things. There were the Rosenwald Schools built by a wealthy Southerner who, in the pre-Civil Rights days, wanted to provide settings for Black kids to have a better learning environment. Guest: Brian Davis, the executive director for the Louisiana Trust for Historic Preservation