A pot of gumbo was the first challenge Chef Alexis Cupich-Indest undertook in the kitchen after moving to Louisiana. A native of Albuquerque, New Mexico, Cupich-Indest attended the Texas Culinary Academy in Austin, fulfilling her childhood dreams of becoming a chef.

“Since I was little I always wanted to cook professionally,” Cupich-Indest said. “I would go to my grandma’s and sneak and watch ‘Great Chefs.’ I’d stay up late to watch that show.”

After meeting her husband in culinary school, Cupich-Indest moved with him to his hometown of Lafayette in 2008.

“I wanted to make gumbo, trying to be the good fiancée, and I asked, ‘What’s trinity?’” said Cupich-Indest. “He said it was kind of like mirepoix. So, I built it and took it to him at work. He was like, ‘Are there carrots in this?’ and I go, ‘Well, yeah. You said it was like a mirepoix!’ He wouldn’t even eat it. So, that was my first experience with Cajun food.”

Twelve years later, Cupich-Indest has mastered authentic Cajun comfort at Bon Temps Grill where she has been a chef for five years.

Steven and Patrick O’Bryan, two brothers who grew up in Lafayette, opened Bon Temps Grill. The O’Bryans’ mother is originally from Albuquerque like Cupich-Indest.

“I love anything that we do with fish,” she said. “That’s such a vital part of the culture down here. From catching the fish, to processing and cooking it, taking that time is just a very beautiful thing.” 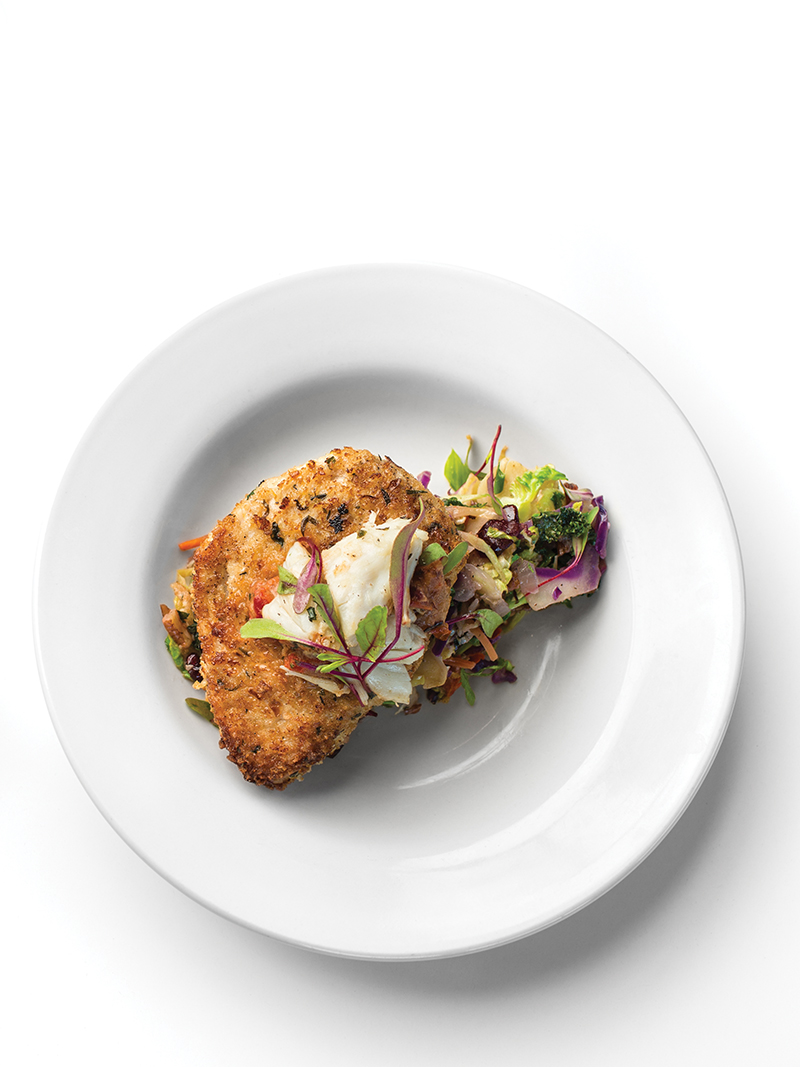 In medium cast iron skillet heat 4 tablespoons blended oil on medium high heat. Season 6 ounces mahi (or any steak-like fish filet) with salt and pepper to taste and press into prepared breading. Place filet in hot oil and sear each side for 2 minutes. Cook in oven for about 8 minutes.