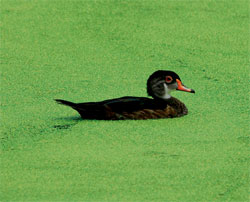 Louisiana’s natural landscape is a dreamy world for painters and photographers. Its bayous, rivers, primeval swamps and the undisturbed and timeless life that drifts in the shadows can be unsettling but magnificent. It has captured the imagination of generations of wildlife photographers in Louisiana, who open their imaginations, like warm sunlight, to the landscape’s natural beauty.

Unlike the rest of us, nature photographers are suspended between every day reality and glorious images of the landscape. They may be physically with us, but their thoughts and that inner eye, are constantly searching through the imaginary lens of an imaginary camera for that next image, that next composition that captures the beauty that is already framed and printed in their minds even before the picture is taken. This is the life that Westwego photographer Lane Lefort lives every day. 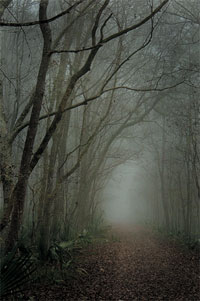 Over the last two decades, the 52-year-old freelance photographer has shot an impressive body of work. His portfolio contains stunning images of snowy egrets, preening their wispy white plumes in the swampy fringes of Lake Martin, and shrimp trawlers seemingly suspended midway between burnt-red, stippled skies of a setting sun and their mirrored reflections in glazed bayous. Even in his ventures into New Orleans he is able to see beyond clichéd French Quarter scenes, to capture a foggy morning in Jackson Square, where only the pointed peak of the cathedral’s steeple is visible. Lefort, like so many art photographers, has a deep and intuitive sense of visual poetry. His images reflect, as an artist once said, “not what he sees but what he saw.” 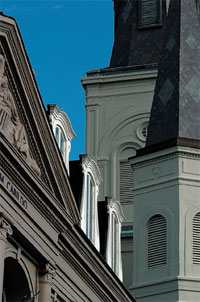 Lefort found his voice in photography – one that eventually led him to New Orleans and the U.S. Corps of Engineers – a decade after high school and after moving from one job to another. Nevertheless, photography was always present; even in high school he had a camera and enjoyed taking art classes. After graduation, he shot weddings for friends and he enjoyed photographing animals at Audubon Zoo. Then in the early 1980s, after a layoff at Avondale Shipyards where he worked briefly as a pipe fitter, Lefort decided to try his hand as a professional photographer. His first job was with the now defunct West Bank Guide newspaper; his first assignment was to photograph a party for a woman celebrating her 100th birthday.

After the paper folded, he joined a company photographing conventions in New Orleans. When that ended, he did freelance and commercial work for the New Orleans Times-Picayune, shooting society parties, New Orleans Magazine and area companies. In 2001, after 17 years spent freelancing, someone told him the U.S. Corps of Engineers was looking for a photographer to work out of its New Orleans office. For the next five years, he photographed everything from construction sites to aerial views, documenting Corps projects. All the while, Lefort continued to take photographs of swamp scenes, wildlife and images in New Orleans that triggered his aesthetic.

Then came Hurricane Katrina. Lefort and his family evacuated to Lafayette just before the storm hit. A week later, Corps officials in Vicksburg, Miss. asked him to return to the New Orleans office. Working his way along Interstate 10, he captured the destruction along the way. “I’ve lived here all my life,” he says, “and I’ve seen wind damage. Once you see water damage you know things are really messed up. As a photographer, you’re caught up in the work that you feel is not really important, but when something like this happens you know your work is critical.” Over the next few months, Lefort concentrated on capturing the devastation in New Orleans and the Corps’ efforts to rebuild the levees. He photographed breaches in the infamous 17th Street Canal and repair work to levees. The Corps later assigned him to Task Force Guardian, whose job was to return canal floodwalls in New Orleans to pre-Katrina levels. He documented those projects until mid June. “I wanted to stay with them until they completed the job on June 1st,” he says. He resigned two weeks later.

Katrina held a bit of irony for Lefort. Though he spends considerable time traveling through south Louisiana for his work and art, he says he has 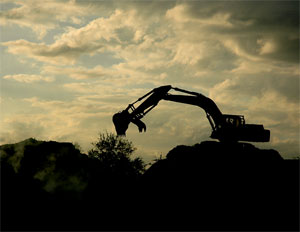 never had an interest in visiting foreign countries “where soldiers stood on every street corner with machine guns.” Then Katrina brought gun-toting soldiers to every New Orleans neighborhood.

Lefort continues to do contract work for the Corps and other government agencies, especially those involved in coastal restoration. “Places I knew when I was a kid are no longer there,” he says. “I also want to document the cultural aspects of Louisiana’s people before they’re gone, too.” Before Katrina, he planned to photograph a year in the life of a commercial fisherman. He wanted to show the seasons of coastal Louisiana, not the four seasons, but in a more southern Louisiana sense of trawling, trapping, hunting and hurricane seasons. Since Katrina, however, he is more interested in documenting southern Louisiana in broader images. “We’re at the mercy of things on a larger scale,” he says. “Katrina showed us how things change in a moment. If you live anywhere in the coastal areas of Louisiana, your world can change overnight. We are vulnerable to losing large pieces of our heritage. Katrina woke me up to the fact that if we don’t document things now, they may not be there next year.” 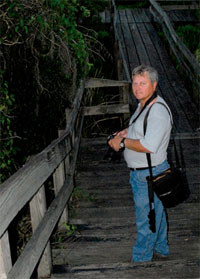 Moreover, it’s his heritage, too. “I grew up in this environment,” he says. “I had a canal in the front of my house and the swamps to the back. My dad always hunted and fished, but I later found out it wasn’t the hunting and fishing but just being out there. I’d bring my camera instead. Even when I’m fishing, I’d get bored and I’d just take pictures. Every time you go out there, it’s original and you don’t know what you’re going to see. You can go to the same place in different seasons and in different weather and a different time of the day, and it’s never the same.” Ironically, hunting actually honed his photographic skills. “Hunting helped me anticipate things better,” he says. “I can anticipate when birds are ready to fly or an animal is about to move. It helps you get the kind of shots you’re looking for.”

That keen sense of anticipation is critical for a photographer. Unlike painters who have time to wrestle with compositions back in their studios, photographers are of the moment. “As a photographer,” Lefort says, “you have one-hundredth of a second that will never be the same again. I capture what nature did and it’s hard to improve upon nature.”