The Atchafalaya National Heritage Area was designated by Congress in 2006, noting the 14-parish region as an eco-system with “significant natural, scenic, cultural, historical and recreational resources as well as offering a unique blend of European, African, Caribbean and Native American cultures.” Its area is vast, from Concordia Parish to the Gulf, from west of Lafayette to east of Baton Rouge. It includes two major rivers — the Atchafalaya and the Mississippi — and is the nation’s largest river swamp, comprising almost one million acres.

Visitors will know they are entering the massive heritage area by the signs erected on several Louisiana highways, but they will also be within the Atchafalaya Water Heritage Trail that includes kiosks telling the story of how this unique body of water connects with the people and heritage of our state.

Kiosks and trails include:

Beautiful Lake Dauterive contains a strand of 1,000-year-old cypress trees that’s accessible only by water. Lake Fausse Point State Park is only a few miles away and includes cabins and campgrounds.

Lovely Spanish Lake at Old Spanish Trail in Iberia Parish is the remains of an oxbow lake formed by the Mississippi River. Civil War history occurred here as well.

Lake Peigneur at Rip Van Winkle Gardens and Avery Island Salt Dome at Jungle Gardens is a deep body of fresh water that lies on top of a salt dome. In 1980 a hole was punctured in the salt mine, resulting in the lake emptying into the deep cavern.

The Sarto Old Iron Bridge over Bayou des Glaises in Avoyelles Parish is a steel truss swing bridge that was completed in 1916 for vehicular and boat traffic.

The Old River Control Structure along the Mississippi River was built to address flood issues, and includes the massive Old River Lock and Dam.

The Three River Confluence at Richard Yancey Wildlife Management Area showcases where the Red, Mississippi and Atchafalaya rivers met long ago. Note: To access this WMA area, you must purchase a Wild Louisiana Stamp (if you do not already have a Louisiana fishing or hunting license).

The sleepy Bayou Teche has seen the histories of many people, including the Sovereign Nation of the Chitimacha who settled along the lower Teche in approximately 500 A.D. Visit the excellent Chitimacha Museum in Charenton or paddle the 125-mile-long Teche, part of the Paddle Trail Corridor and the National Park Service’s National Water Trails System. 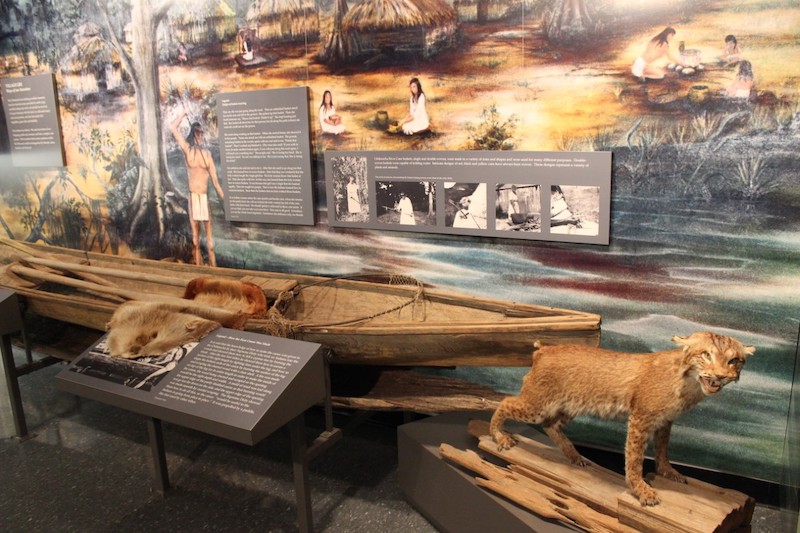 The Baton Rouge Lakes and the Bluebonnet Swamp Nature Center in the heart of Baton Rouge are wonderful places to enjoy the waters. Bluebonnet’s unique swamp is currently closed due to the COVID19 outbreak, but when BREC reopens the facility, don’t miss a chance to visit, especially with the kids. In the meantime, a walk along the Baton Rouge Lakes may be in order.