Magic on the Bayou 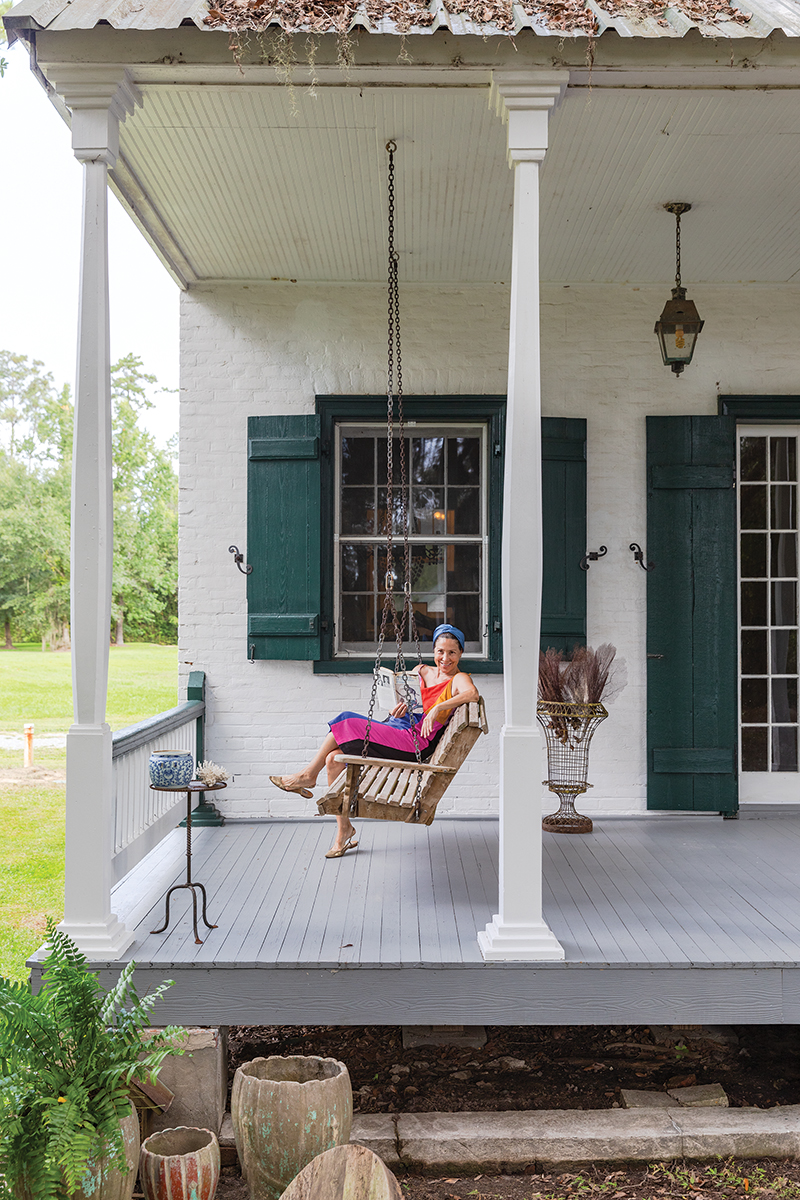 Margaret Shexnayder on the porch of Bon Paquet.

Three years ago, having sold her house in Covington, Margaret Schexnayder perused the internet for a new home in the wee hours of the morning. A 200-hundred-year old Slidell property situated on a bayou with moss-draped oaks, a setting reminiscent of Bayou Lafourche where she grew up, spoke to her soul and she immediately made an appointment to view it.

“I saw it the next morning,” says Schexnayder. “I was bright and early and the agent hadn’t arrived yet, but to my surprise the owner was here. Without knowing anything about me, he instantly handed me the key.”

The owner, a direct descendant of the original family that built the house (which is known as Bon Paquet), recognized Schexnayder not only as a fellow Louisianian with French heritage but someone who fully appreciated the historic landmark house (one of the oldest in St. Tammany).

Bon Paquet is located in Bon Fouca, a small fishing town that was originally the site of an Indian village. Through his family, Anatole Cousin acquired the land and built the house in 1829 with brick and lumber that the Cousin family produced on the property and floated by schooner across Lake Pontchartrain to sell in New Orleans.

There is a salt house on the property and clay pits where the Native Americans taught the Cousins how to make clay bricks. On any given day, Schexnayder might see a turtle bury its eggs, watch and feed birds, or canoe along the bayou, which is lined with broken bricks thrown overboard as damaged goods, a visual record of the Cousin family, which became the wealthiest in St. Tammany, traveling up and down the bayou.

Originally, the house was comprised of only two or three rooms with walls of exposed brick. Over time, rooms were added, plaster was used to cover the brick, and other changes were made. When water from hurricane Katrina damaged the walls, the plaster was completely removed in one room and partially removed elsewhere, creating the kind of peeling Old World patina often seen in the French Quarter.

Schexnayder fell in love with the house’s high ceilings, wood floors and porches and knew they were simpatico with the things she collects when traveling. Antiques, art and artifacts from native cultures are now harmoniously layered against the rustic authenticity of the house.

“One of the rooms in my home is filled with Aboriginal art, African artifacts, Mayan, Pre Columbian and European treasures,” says Schexnayder, who not surprisingly sees a connection between the house and the scenery around it.

“There are so many layers in the swamp, lots of formation and transformation, always evolving and surrendering,” she says. “Everything is a seed, a portal to creativity.”