Not Your Mama’s Louisiana Comfort Food

When we think of comfort food, some of us envision chicken fried steak, mac and cheese or a gumbo. For others, soul soothing dishes look like a new twist on a traditional staple or something a little less Louisiana and a little more international. We’ve asked three chefs from around the state to share their version of a dish that satisfies body, mind and spirit. We think these will fast become new favorites. 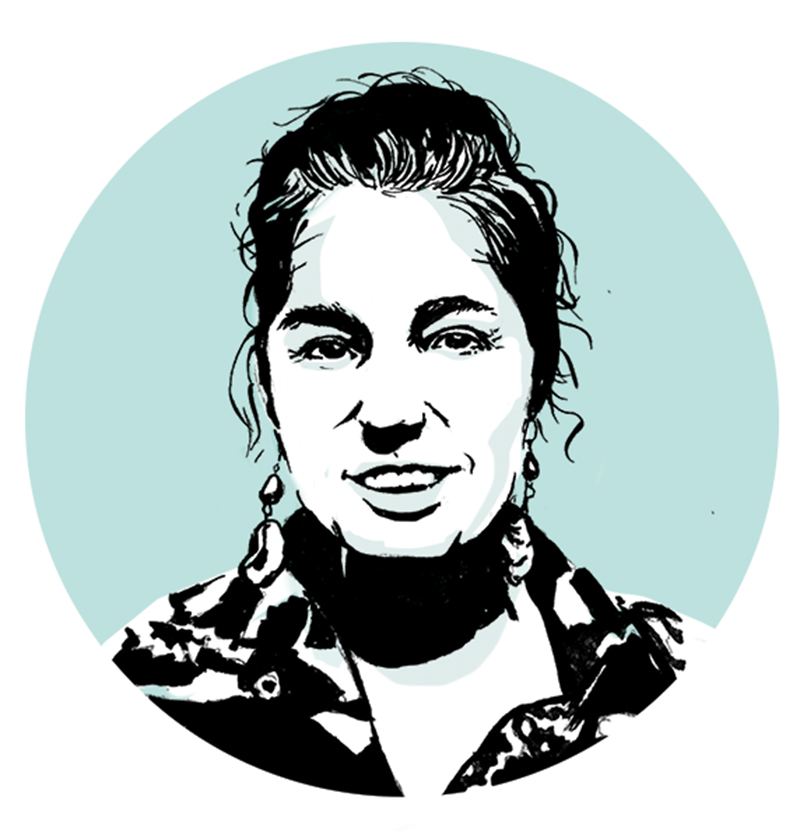 Rhonda Findley would prefer that you not refer to the cheese dip served at her Bywater restaurant, Luna Libre, as “queso.”

Together, she and Chef John Cannon are winning over their mostly local crowd with a style of comfort food that Findley calls “Ark-La-Tex-Mex.”

During Findley’s childhood in Little Rock, Arkansas, her mom would often take Rhonda and her three sisters on road trips to nearby Rose City, where they would linger over hours-long lunches at a Tex-Mex restaurant called Mexico Chiquito. Rhonda came to associate crunchy tacos, cheese enchiladas, guacamole salad and cheese dip with those afternoons.

“This cheese dip is like a gateway to my childhood,” Findley said. “I can close my eyes and be back at Mexico Chiquito with my mom and sisters, if it’s done right.” 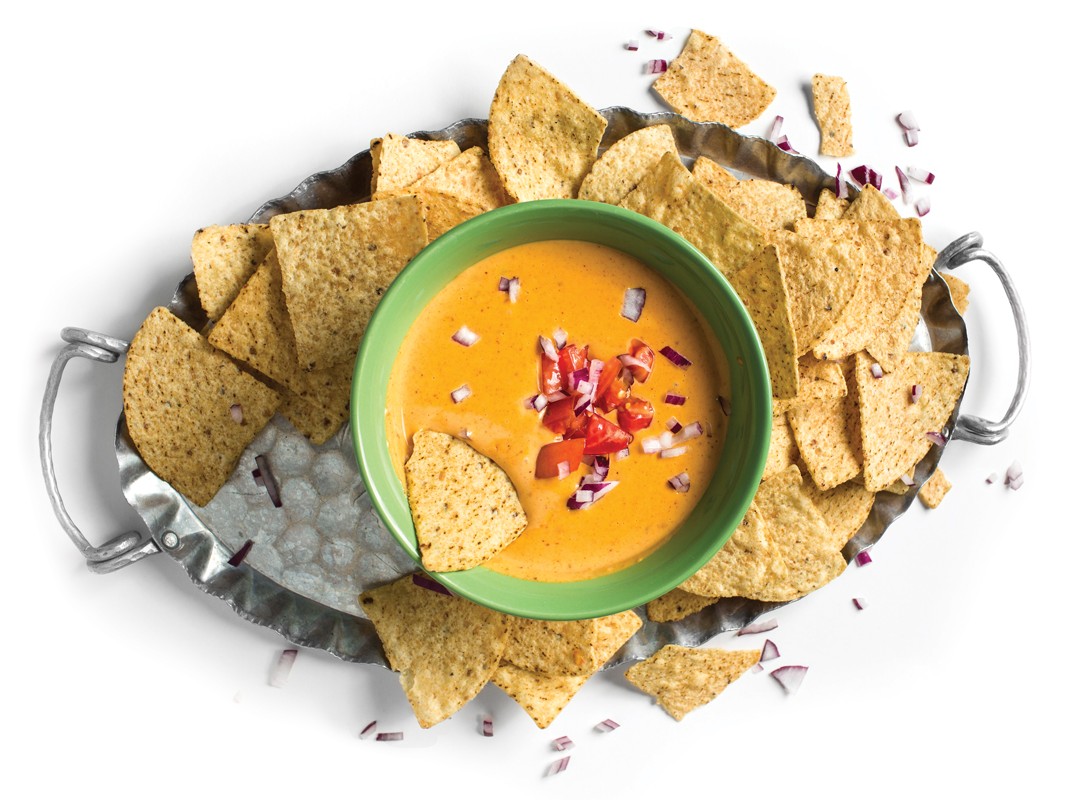 Make a light brown roux with the butter and flour. Cook for about three minutes, stirring constantly to ensure flour is cooked thoroughly. Add remaining ingredients except for cheese and milk. Stir continuously to incorporate ingredients and release flavors. Slowly add milk and stir until lumps disappear. Slowly add cheese chunks, allowing the cheese to melt before adding more. Melt all cheese and stir. If the dip thickens, loosen with milk.

At Luna Libre, Findley serves a version of this dip called “The Stewart,” which includes Ark-La-Tex-Mex style taco meat and fresh guacamole stirred into the dip. 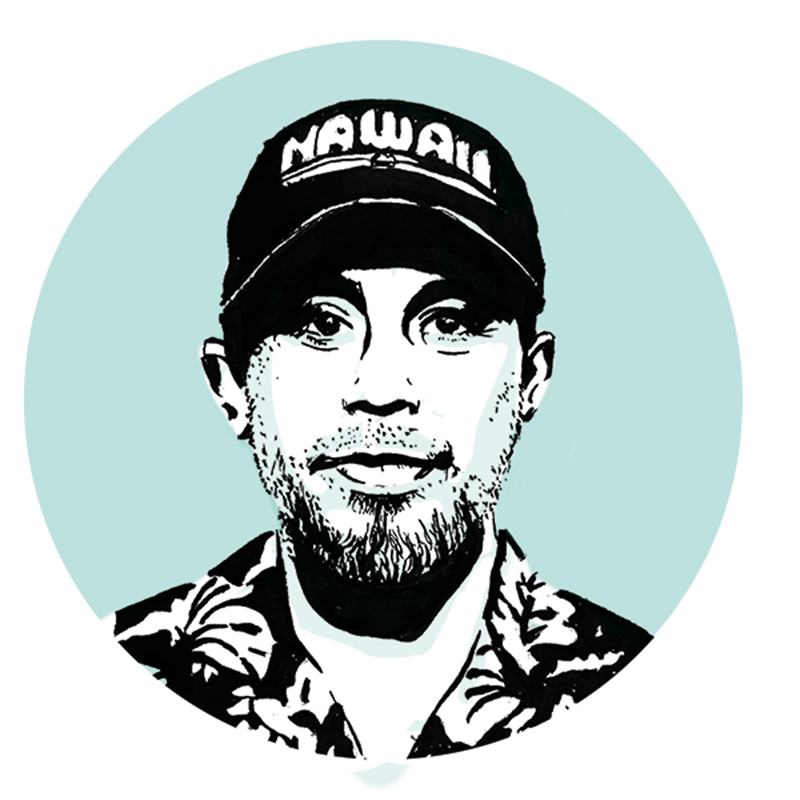 Sione Maumalanga, chef-owner of Ono Hawaiian Grill food truck, moved from the Kingdom of Tonga to Hawaii when he was 11 years old. He clearly recalls the afternoon when his brother brought home plate lunches from Rainbow Drive-In in Waikiki. That day, Maumalanga experienced his first loco moco and, as a result, his first “kanak attack.”

“Basically, a ‘kanak attack’ happens when you’ve eaten so much that you need to go to sleep immediately,” Maumalanga said. “I remember eating the macaroni salad with the gravy, then digging into the burger patty and egg. After that, I was out like a light.”

Twenty-five years later, loco moco is the top-selling item on Maumalanga’s menu. Ono Hawaiian Grill mostly serves customers in Shreveport and Bossier City, but Hawaiian expats frequently drive up from Fort Polk and Baton Rouge for a taste of home. 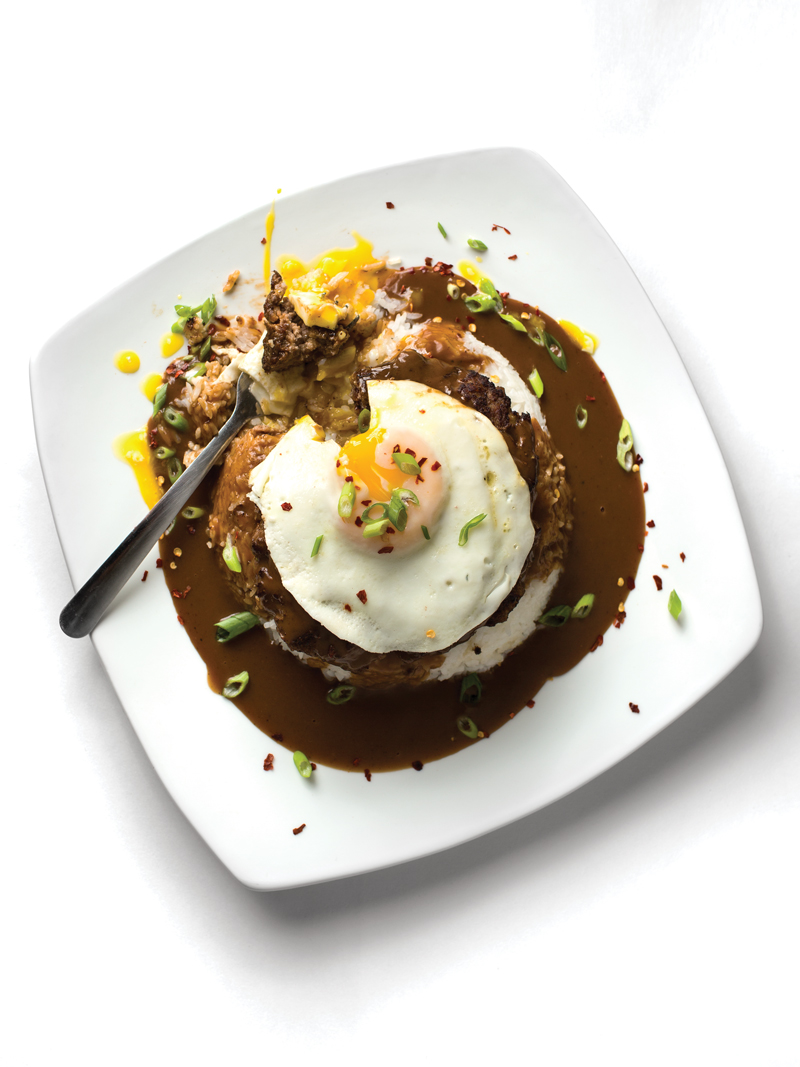 TIP For a guaranteed kanak attack, add a thick slice of pan-seared SPAM.

Rinse two cups of rice under cool water. Place the rinsed rice and 3½ cups water in a rice cooker and cook. Shape the ground beef into four uniform patties. Heat olive oil in a cast iron skillet over medium-high heat. Add the patties and sear for four minutes on each side. Remove patties and set aside.

In another skillet, heat 2 teaspoons olive oil over medium-high/high. Crack the eggs into the pan and fry for 3-4 minutes, until the whites are cooked through. The yolks should remain loose.

Place a cooked patty on top of the rice, ladle gravy over the top and top with two fried eggs. Garnish with green onions. 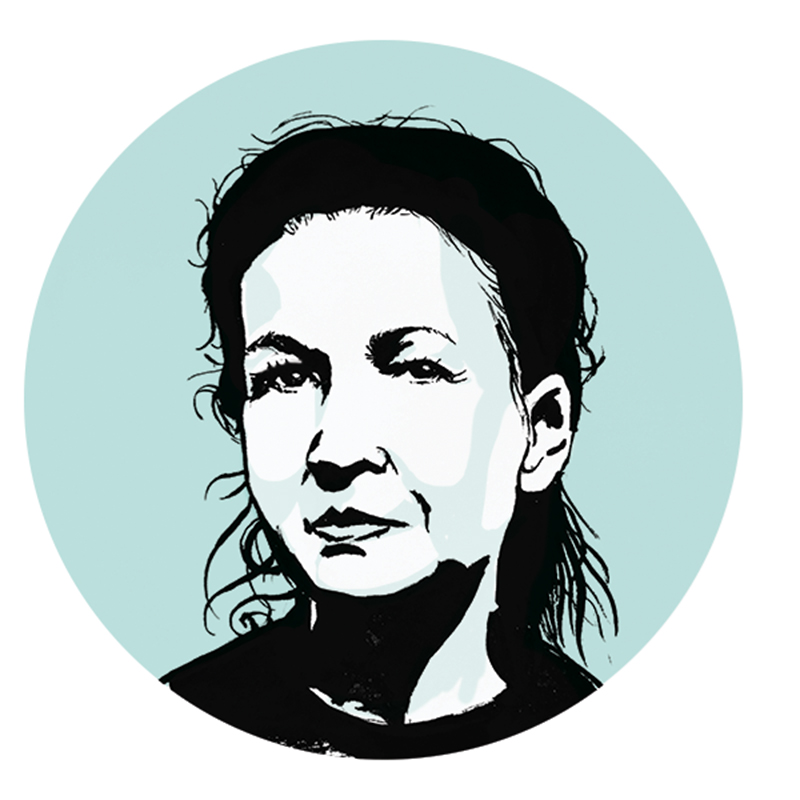 Beginning in the 1920s, cafeterias proliferated across the South. As chains like Baton Rouge-based Piccadilly established dominance, it became increasingly rare to find a mom-and-pop cafeteria thriving, as many once had, on Main Street or the courthouse square. If Piccadilly thought that they could move into New Iberia — where Victor’s Cafeteria has set the standard for home-style cooking since 1969 — they had another thing coming.

“They knocked us down pretty good for a minute,” said Victor Huckaby, who co-owns Victor’s Cafeteria with his wife, Catherine. “But they’re long gone, and we’re still open.”

The staying power of Victor’s Cafeteria is a testament to the old-fashioned home cooking that the restaurant serves. The lunch menu generally includes a mix of Southern and Cajun staples like fried chicken, shrimp and okra gumbo and stuffed bell peppers.

“To have somebody come in and say: ‘Man, I haven’t tasted food like this since my grandparents were alive,’ that’s why we do it,” Victor said. 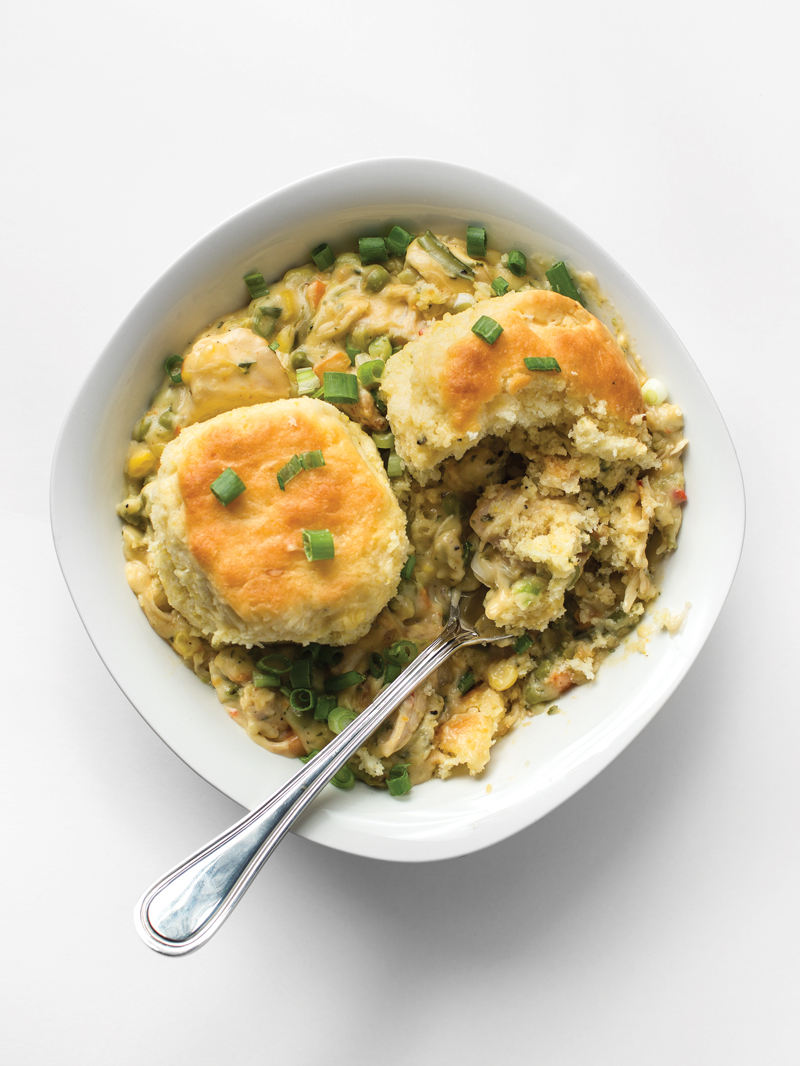 TIP Canned or frozen biscuits are not recommended for this recipe. You’ve gotta make the biscuits to truly make the pot pie.

Combine the flour and baking powder in a medium-sized mixing bowl. Using the large holes of a box grater, grate the butter into the flour mixture. Using a fork, work the butter into the flour until the flour looks like large crumbs.
Add the Jiffy mix directly into the flour mixture along with the seasoning blend. Add the egg and buttermilk. Using the same fork, gently mix together into a sticky ball, adding 1-2 additional tablespoons of buttermilk, if needed.
Remove the dough from the bowl, place on a floured work surface, and let rest 15 minutes. Dust dough ball with flour and gently knead until it becomes smooth, about 90 seconds. Roll out the dough to ½-inch thickness and, using a two-inch biscuit cutter, cut biscuits. Place biscuits touching one another on a baking sheet and bake on middle oven rack at 400 F for 15 minutes.

Boil a 3- to 3 ½-pound chicken in seasoned water until cooked. Allow to cool, debone and chop into bite-sized pieces (you may substitute a roasted chicken from the supermarket, just make sure you have three pounds of whole chicken — one pound of chicken will equal one cup of chopped chicken) and set aside. Cook mixed vegetables according to package directions, drain and set aside.
In a large Dutch oven, melt butter over medium heat. Add the seasoning blend and chopped garlic. Sauté until onions are soft. Add all-purpose flour all at once, stirring until completely blended, thick and golden brown. Add Creole seasoning and stir until incorporated. Bring to a simmer and add the chopped chicken and cooked vegetables. Fold in fresh-cut onion tops and flat leaf parsley.
Serve in one large serving bowl, topped with biscuits.