The stately home of Barbara and Randall “Randy” King is located in the heart of the historic Charpentier District of Lake Charles. “Charpentier is the French word for carpenter, and it honors the individual builders or carpenters who constructed many of the early homes in the area,” explains Barbara, a preservationist who has lived in one of the finest homes in the area since 1998. “We both fell in love with authenticity of the home.”

Known as the Arthur L. Gayle house, it was built in 1909 and features four tall Doric fluted columns with a balcony above the six-part entrance door. The home is constructed of long-leaf yellow pine and cypress. Randy, a mechanical engineer who works for a local petrochemical company in Lake Charles, says, “The wood is old-growth timber and very hard. It is local lumber cut by the ‘Michigan Men’ who brought their trade to Louisiana after the lumber industry slowed down in the state of Michigan.”

Both Barbara and Randy were impressed when they first saw the home that it remained intact. “The home had not received extensive modifications over the years and generally looks like the early 20th century photos we have of it,” Randy says.

Step inside the Kings’ home, and you will marvel at the distinct architectural features that include grand openings between the main first-floor formal rooms topped with multi-panes of glass and classic molding. Even the sun room repeats a matching top row of windows as does the French doors between the room and the living room. 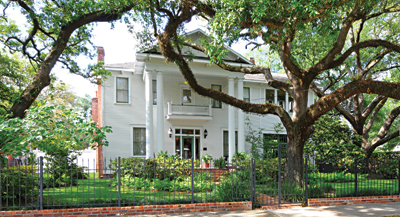 Located in the historic Charpentier District of Lake Charles, the home was built in 1909 and is listed on the National Register of Historic Places by the United States Department of the Interior. 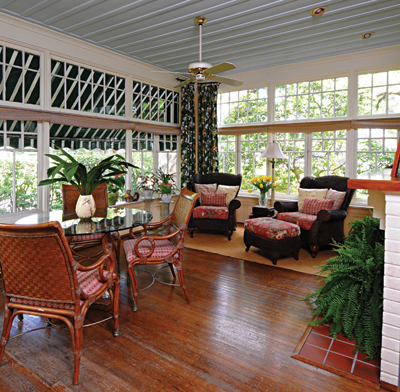 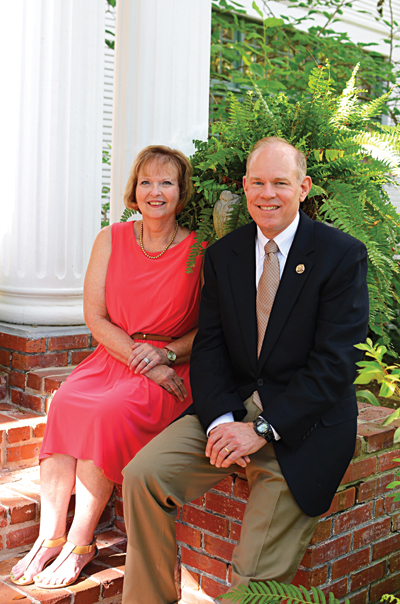 While the couple has carefully preserved the important architectural features of the house, one of the noteworthy updates has been the all new kitchen built by Randy. He spent four years getting everything just right in the state-of-the art kitchen that includes a Wolfe gas stove with six burners and a double oven and a Sub-Zero refrigerator-double door freezer that Randy clad in oak to give it just the right “style” for the room. “My favorite thing about the new kitchen is that we replaced most of the lowers cabinets with deep drawers,” Barbara says. “It’s more convenient to have drawers than to always be pulling things out of the back of the lower cabinets.” Randy used his engineering skills to construct the library track around the room for the ladder that provide easy access to the new upper cabinets.

Barbara called in Lake Charles interior designer Sheila Whitson to help her create the elegant, yet comfortable, spaces she wanted. “Sheila did a great job helping us create just the right look we like,” Barbara says, while Sheila adds, “Barbara was delightful to work with and I am still amazed that she made every one of the beautiful drapes in the entire house.” It is easy to understand why Barbara says the upstairs former sleeping porch that is now her sewing room is her favorite space in the house. ”The room has nine windows overlooking the huge live oak trees in the yard,” she says. “It is truly a dream sewing room.”

While the front of the house is pristine and an architectural treasure, the rear of the home is also handsome, and a two-story guest house with an outdoor living room and a swimming pool completes the unique estate property. “It’s a wonderful home where our now grown daughters – Magdalena ‘Maggie’ and Sarah – grew up,” Barbara says. “We feel fortunate to be the caretakers for a time of this wonderful historic property.” 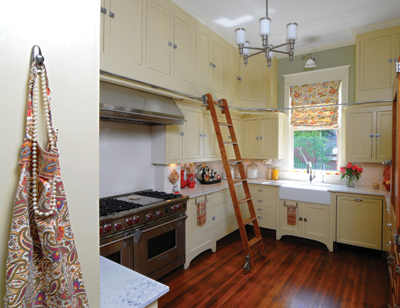 The new kitchen was totally built by Randy, who is known for his fine carpenter skills. He designed and built the metal ladder railing around the room that provides easy access to the upper cabinets. 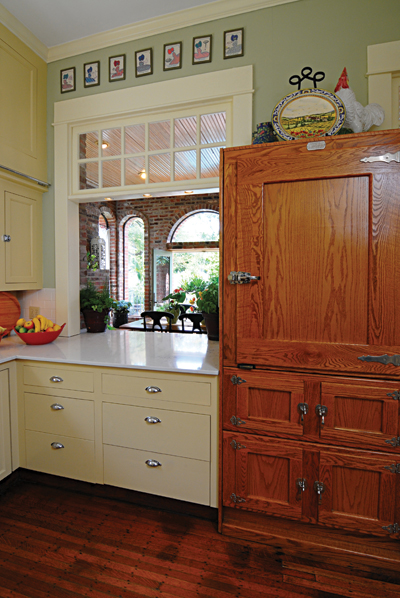 A Sub-Zero refrigerator and double door freezer received a new face by Randy to add character to the room. Lower drawers replaced the original cabinets. The pass-through provides easy access to the breakfast room. 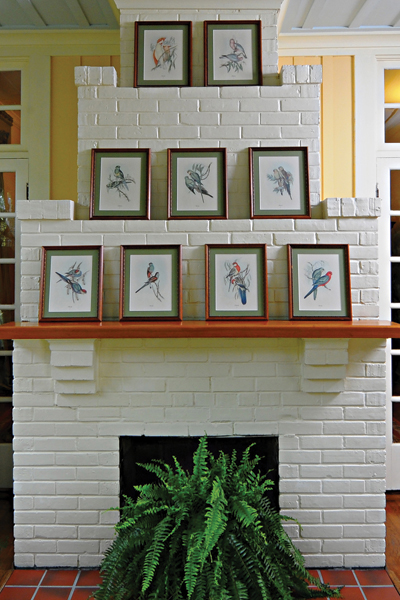 A collection vintage bird prints is displayed on the original fireplace mantel and ledges. 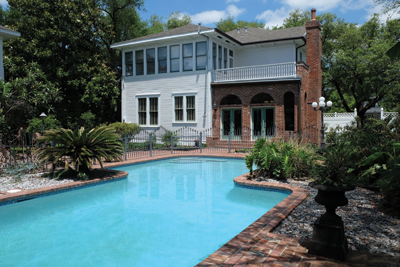 The rear of the house features a large swimming pool. 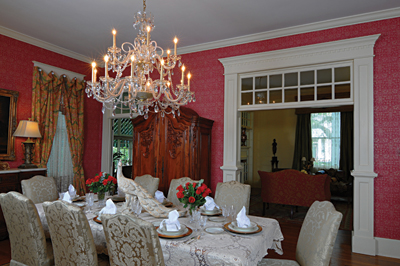 A large 18-light crystal chandelier illuminates the elegant dining room that adjoins both the living room and sun room.