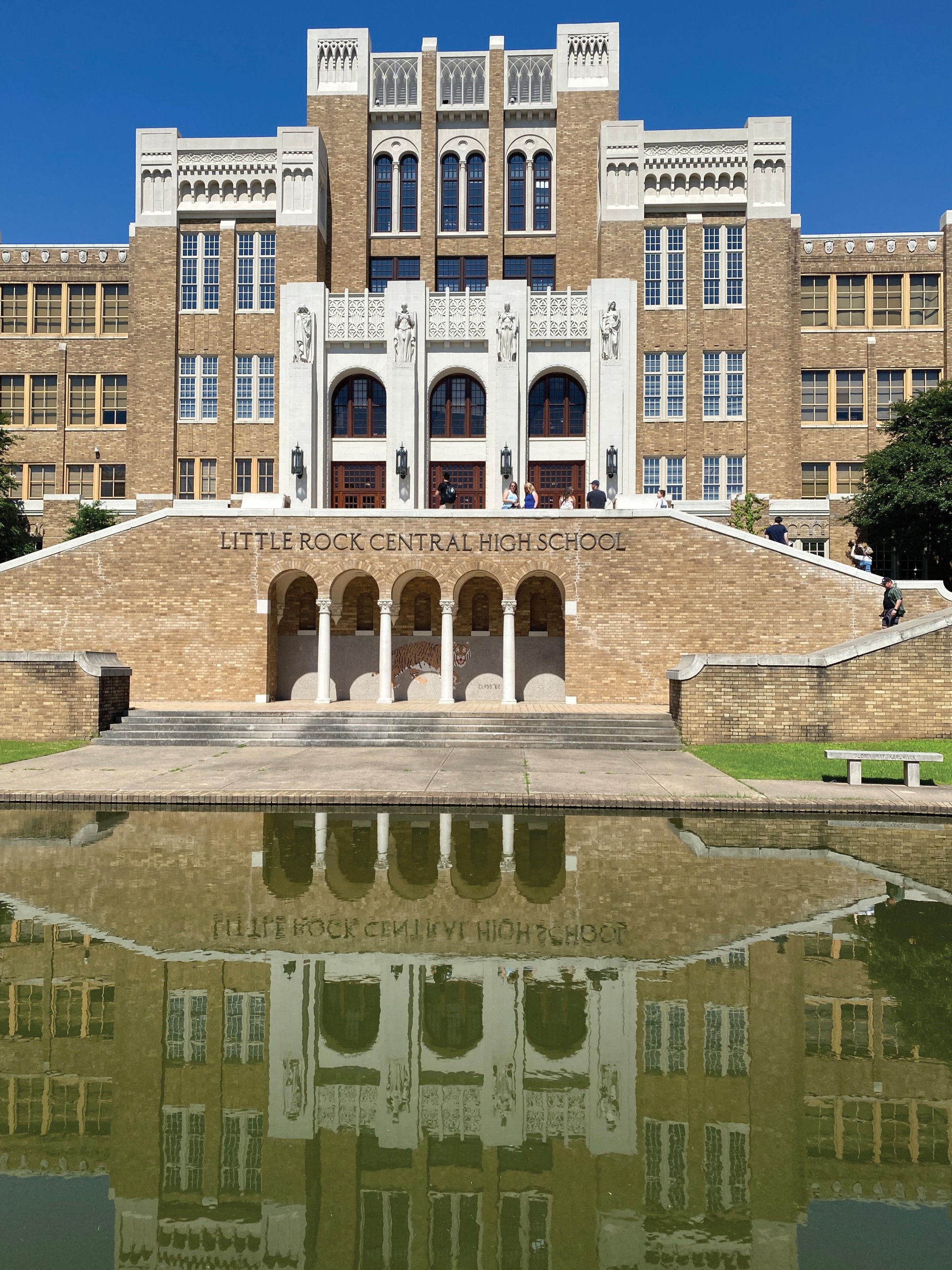 “I left the 11th grade thinking, here’s the hero, here’s the dark force and here’s the calvary,” Schwieger said. “I didn’t know anything about those nine students.”

Schwieger made it his goal when assigned to Little Rock Central, now a National Historic Site although still a working high school, to learn of the brave students who faced angry anti-integration mobs in the fall of 1957. What he tells the tour group assembled outside the school is a story that will “impact your head and your heart.”

He’s correct, for by the time the tour concludes, many eyes are moist with tears.

La Petite Roche
The city of Little Rock was founded for Europeans much like Louisiana, by French explorer Jean-Baptiste Bénard de la Harpe in 1722. The settlement named for a rock outcropping, the largest city in Arkansas and the state’s capital city celebrates its 300th anniversary this year.

Little Rock has been a major stop on the Trail of Tears, the gubernatorial home of former U.S. President Bill Clinton — as well as the current site of the Clinton Presidential Center — and the site of one of the most tumultuous desegregation events, which also marks its 65th anniversary this month.

When Central High School opened in Little Rock, the Art Deco and Collegiate Gothic-designed high school was the largest in the country.

The school was dedicated in September 1927, and school board member Lillian McDermott proclaimed that the new building would “stand as a public school where ambition is fired, where personality is developed, where opportunity is presented, and where preparation in the solution of life’s problems is begun.”

Just not for all residents of Little Rock.

In 1954, the Supreme Court ruled racial segregation in public schools unconstitutional and efforts were put into action to desegregate Central High. Eighty students signed up but, due to harassment, the number dropped to nine. Then Gov. Orval Faubus called in the Arkansas National Guard to block the students from entering the building. Most of the African American students were driven to school that day. Elizabeth Eckford however, arrived by bus. She found herself within an angry mob, the famous photo of her walking silently while white women scream at her back making national news. On Sept. 24, Eisenhower went on TV announcing he was sending in federal troops to escort the Little Rock Nine into school. Over time, the mobs ceased.

During tours, Schwieger explains the desegregation effort and what happened after the integration, detailing the student’s daily experiences, from constant verbal harassment to physical violence.
“My high school history book paid so little attention — not even lip service — to those children,” Schwieger said.

But the National Park Service aims to change that. The Little Rock Central High School site includes a visitor center with exhibits, the Magnolia Mobil Gas Station with its lone pay phone used by journalists during the event, the Commemorative Garden, a statue of the Little Rock Nine and the Elizabeth Eckford Bus Bench. Guided ranger tours take visitors inside the school.