Louisiana is not only a sportsman’s paradise, but also a mecca for those who love the nightlife, food and hospitality our great state has to offer. Here at Louisiana Life, we’ve curated our annual list of the best of what’s new around the state from restaurants and chefs to hotels, outdoor activities and more. 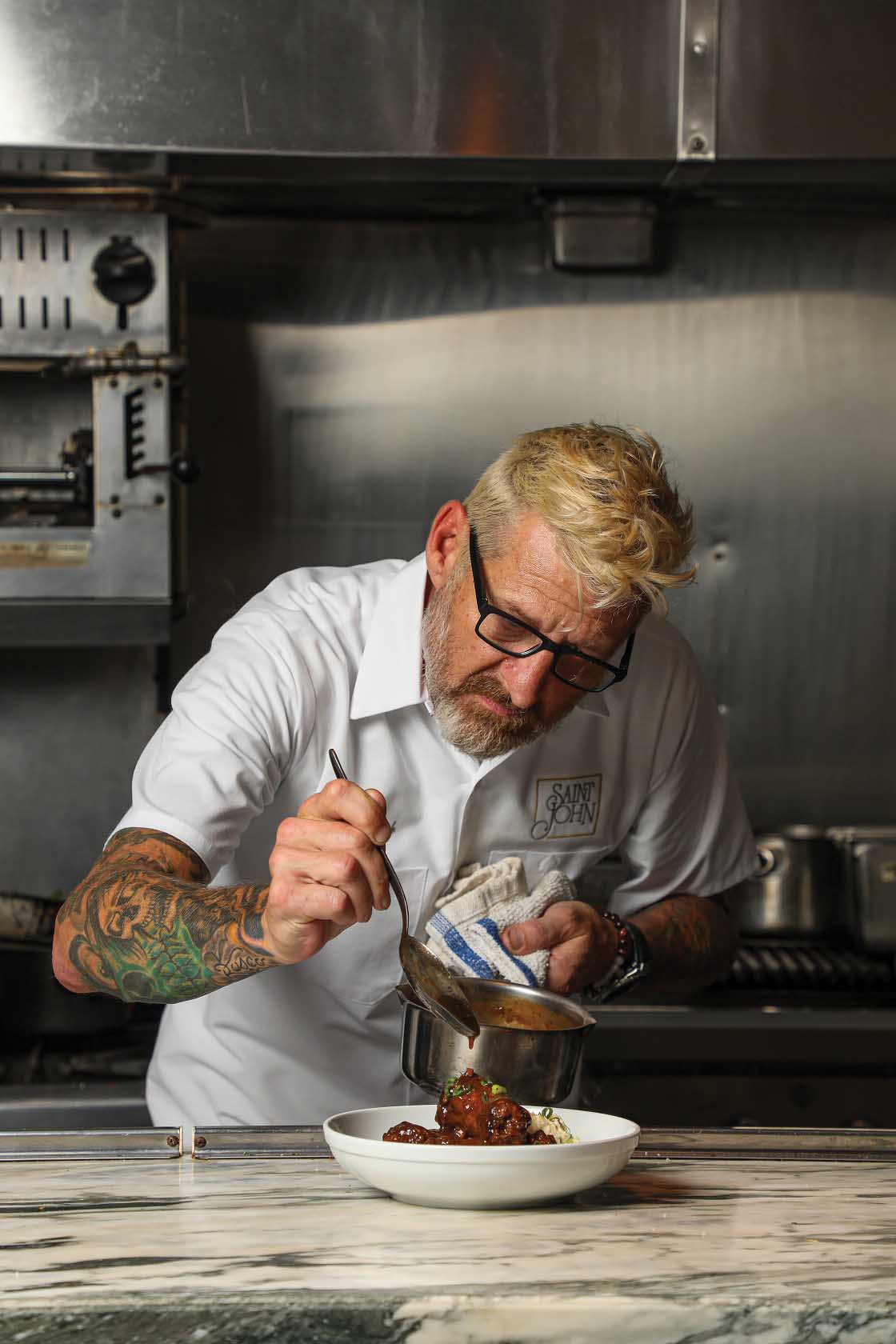 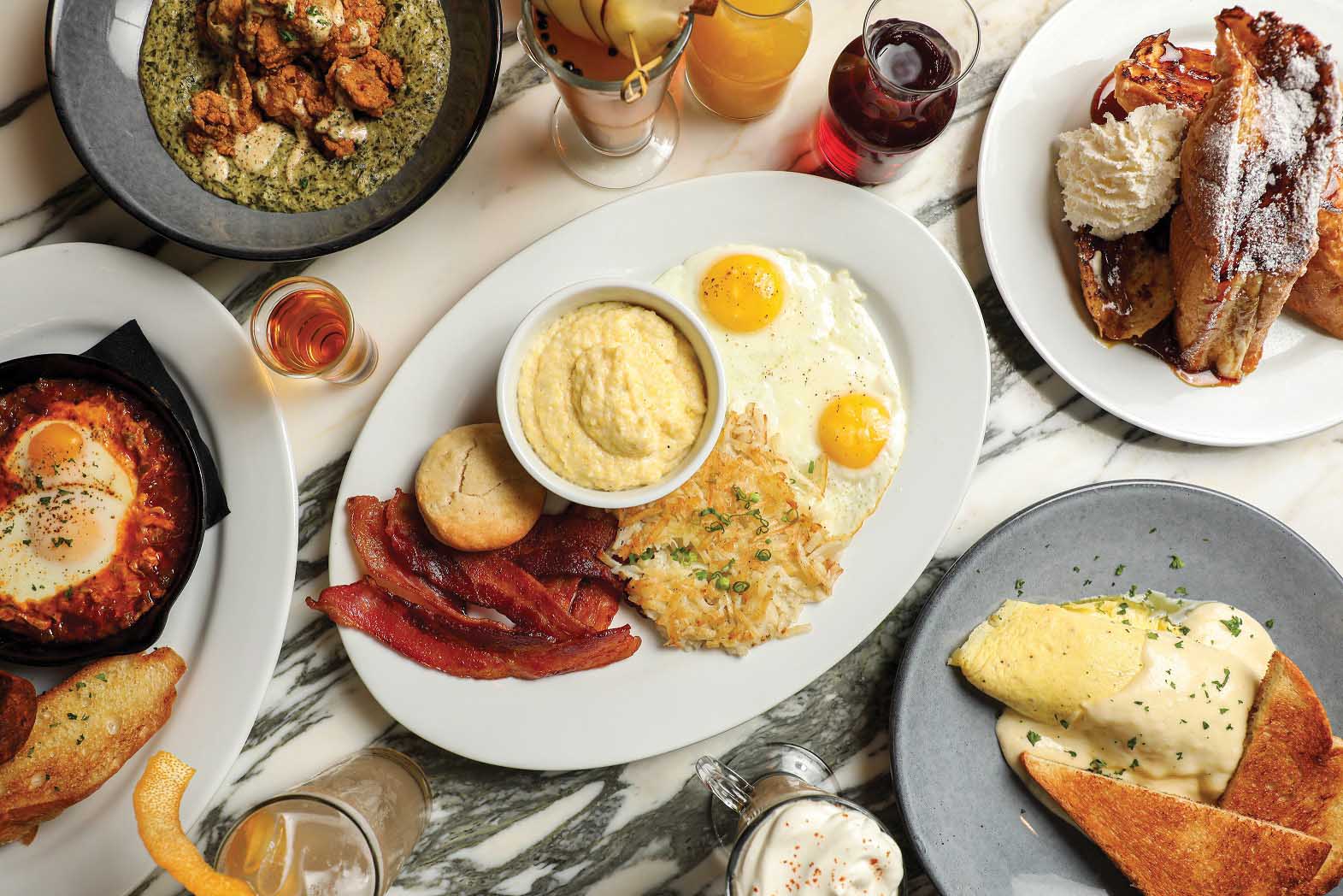 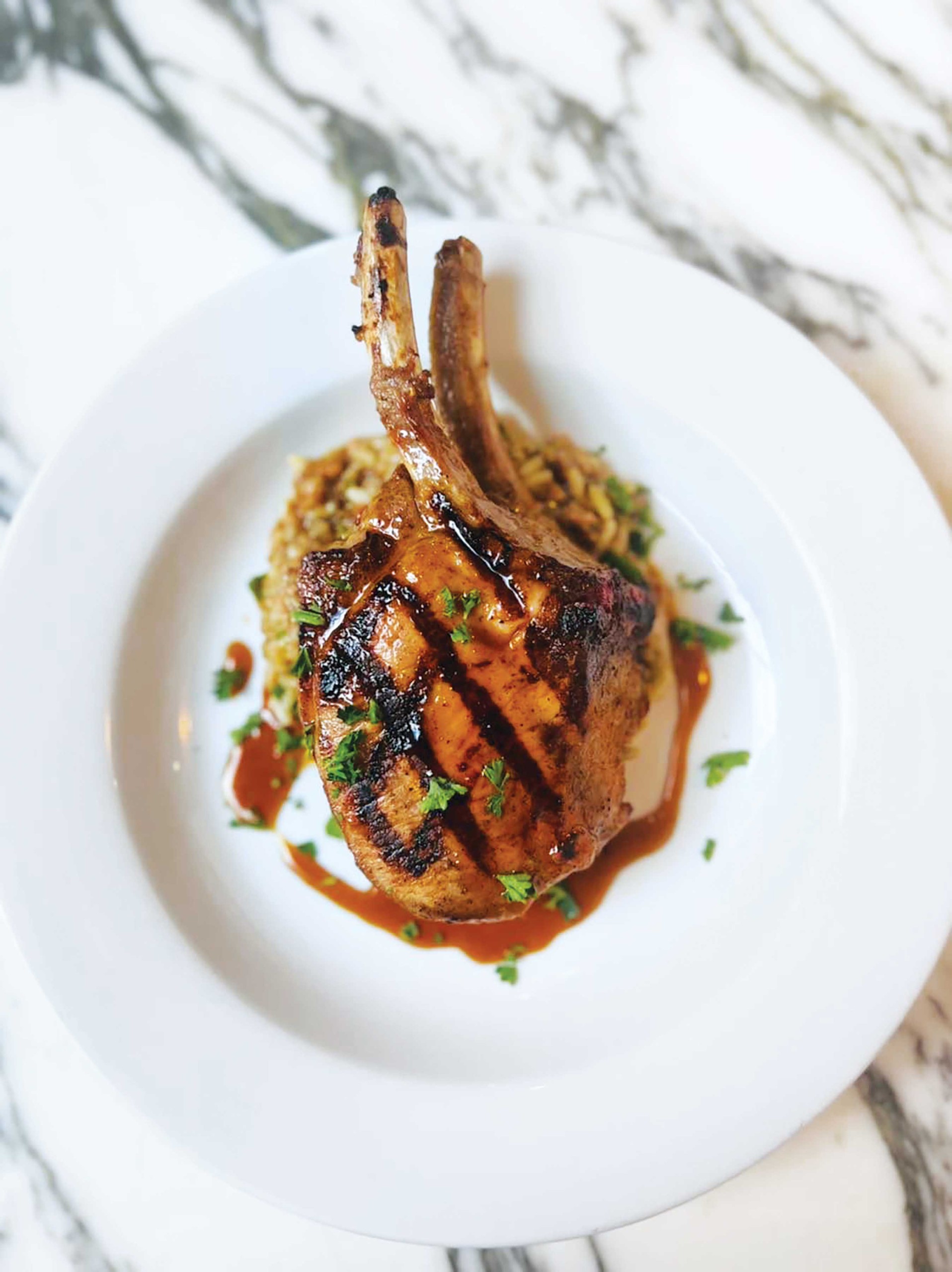 Chef Eric Cook (the talented chef and owner also behind the popular New Orleans restaurant, Gris-Gris) opened his second restaurant, Saint John, in the French Quarter last fall. As to be expected from Cook, the menu features dishes influenced by the melting pot of cultures found in the Crescent City — a style that Cook calls “haute Creole cuisine.” 1117 Decatur St., New Orleans, saintjohnnola.com

“How Did They Build That?”
The second season of the United Kingdom series, “How Did They Build That?” (hosted by actor Jay Ellis and aired on the Smithsonian Channel), continues to cover architectural wonders from around the globe, but this season focuses on American structures. The July 31 episode featured Trey Trahan and partner Brad McWhirter of New Orleans-based Trahan Architects discussing one of the firm’s award-winning projects, the Louisiana State Museum and Sports Hall of Fame. This international coverage brings into focus Trahan’s vision to incorporate Louisiana design elements into the architectural plans. trahanarchitects.com 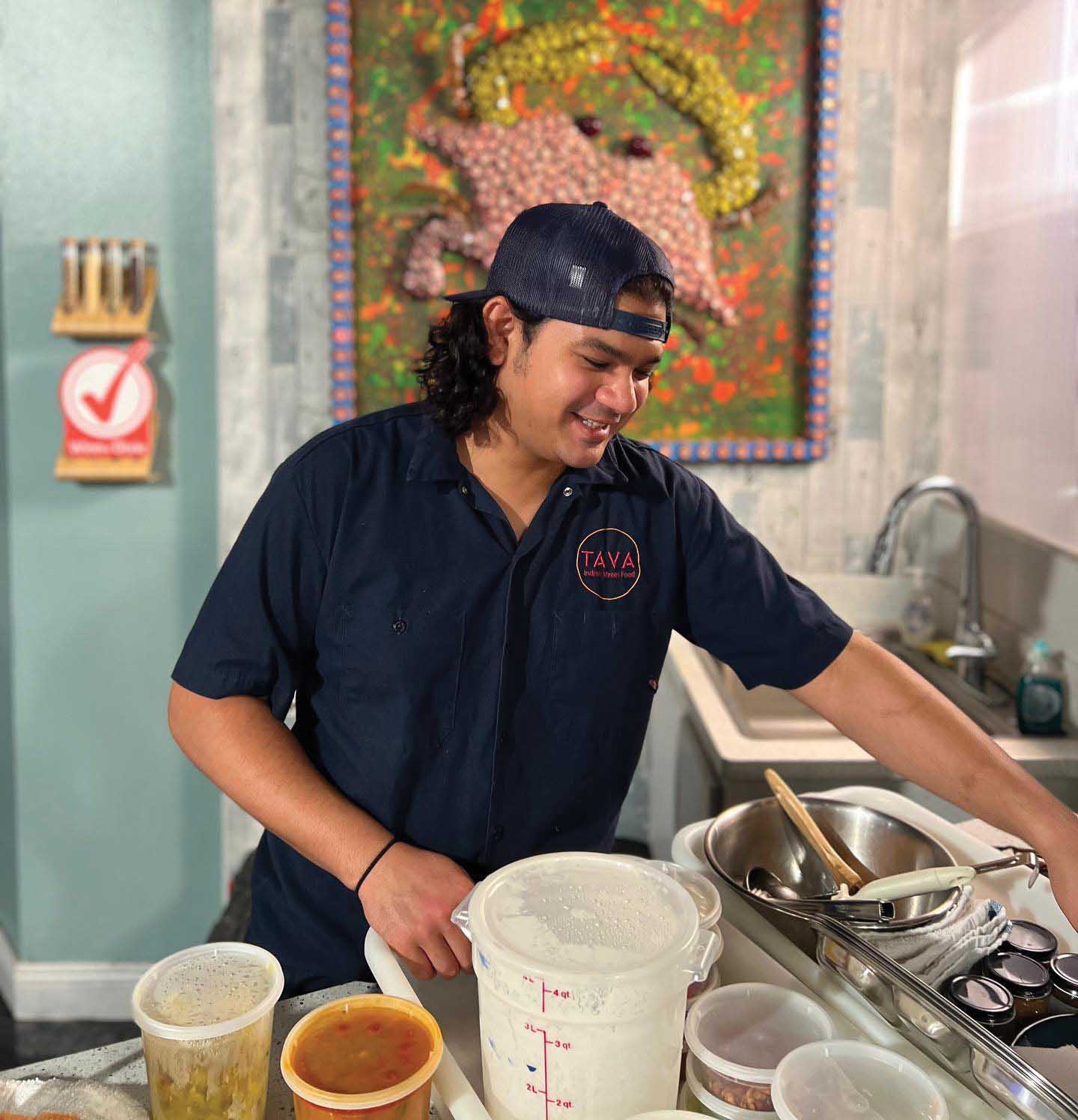 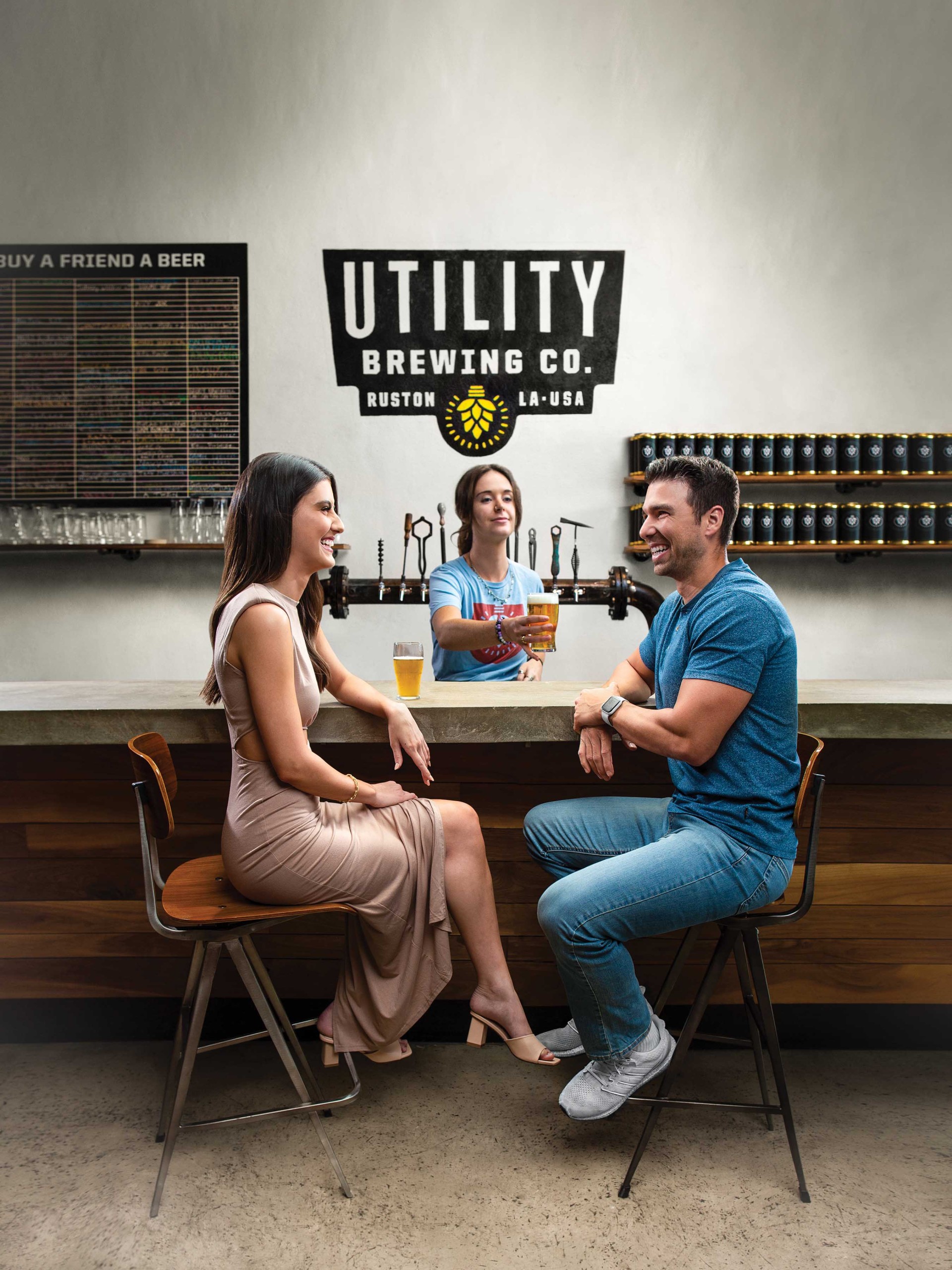 Utility Brewing Company in downtown Ruston offers a continually rotating menu of craft brews, paired with wood-fired pizza — all made from scratch. Wine and cocktails also are available. Tip: Be sure to grab a 32-ounce crowler of suds to go. 206 N. Vienna St., Ruston, utilitybrewing.com

Runners Up
The Seventh Tap Brewing Project
This new brewery and tasting room in Shreveport features a vast menu of craft beers, with everything from lagers and saisons to goses and stouts represented. 2640 Linwood Ave., Shreveport, theseventhtap.com

Lake Charles
Louisiana secured nearly $1.7 billion in federal disaster funding for storm recovery, including $450 million for Lake Charles’ ongoing recovery from hurricanes Laura and Delta in 2020. While recovery is still underway, Lake Charles has made major strides in rebuilding the community. visitlakecharles.org

L’Auberge Casino Resort
The L’Auberge Casino Resort in Lake Charles has undergone several property updates, including the addition of Drago’s among the many dining options. There’s also the Barstool Sportsbook (a new sports lounge that coincides with the legalization of sports betting in Louisiana) with a menu from Chef Lyle Broussard. Expect a great selection of salads, wings, burgers, flatbread pizzas and more. 777 Ave. L’Auberge, Lake Charles, llakecharles.com

Runners Up
St. Stephen Basilica
This historic Napoleon Avenue Catholic church in New Orleans has undergone a restoration and was named a minor basilica (distinguished for ceremonial purposes from other churches) this past summer — making it the third basilica in Louisiana. 1025 Napoleon Ave., New Orleans, goodshepherdparishnola.com 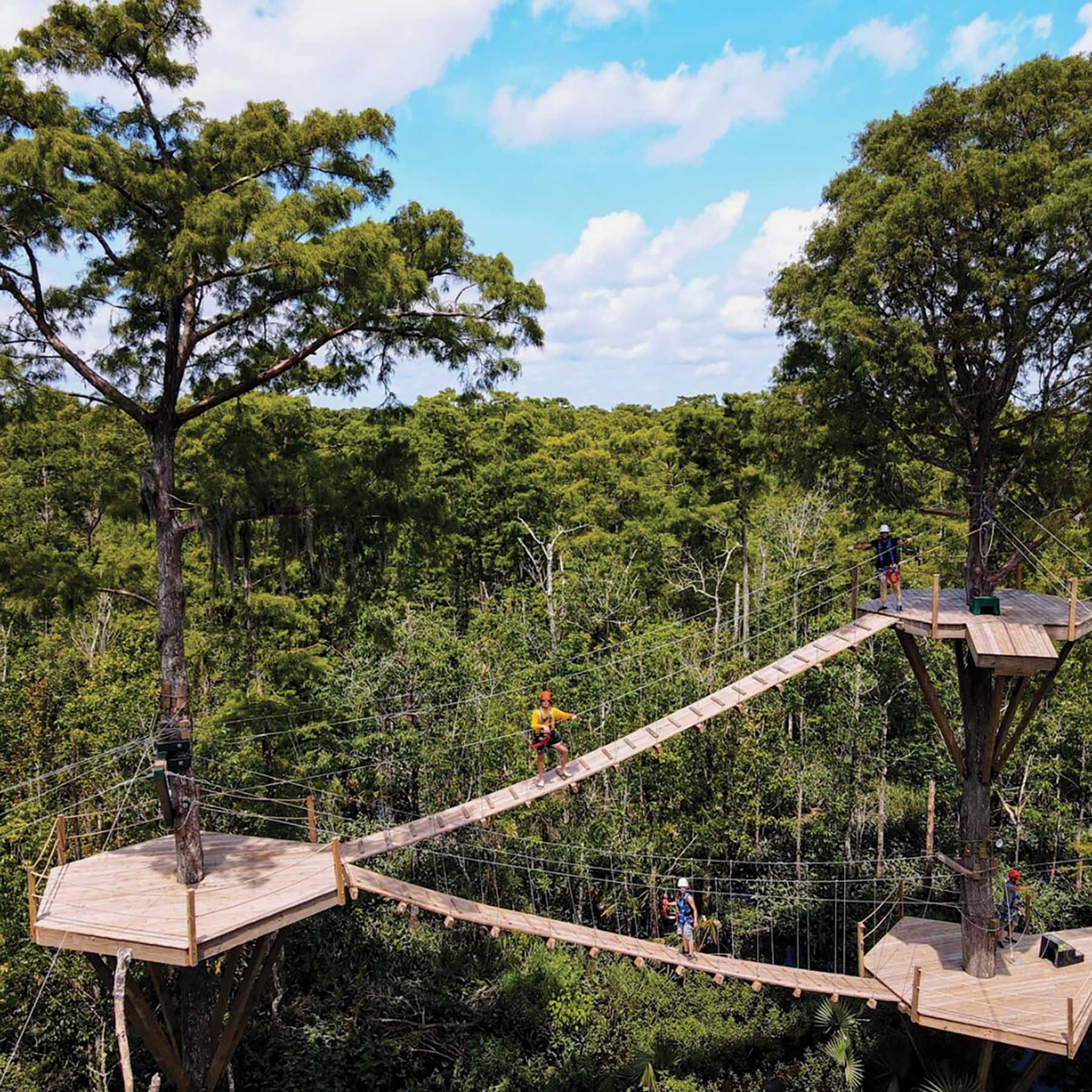 Runners Up
Thirsty Farmer
Husband and wife Michael and Savannah Ray started this new winery and vineyard in Calhoun this past summer. The family-owned winery crafts a nice selection of fruit-forward wines, bold reds and hard ciders. 531 LA-144, Calhoun, thirstyfarmerwines.com

Viking Mississippi
Viking River Cruises has unveiled the Viking Mississippi, a custom-crafted vessel designed for voyages on the lower and upper Mississippi River. Hosting 386 guests in 193 all outside staterooms, the ship sails a number of different itineraries between New Orleans and St. Paul, Minnesota. vikingrivercruises.com 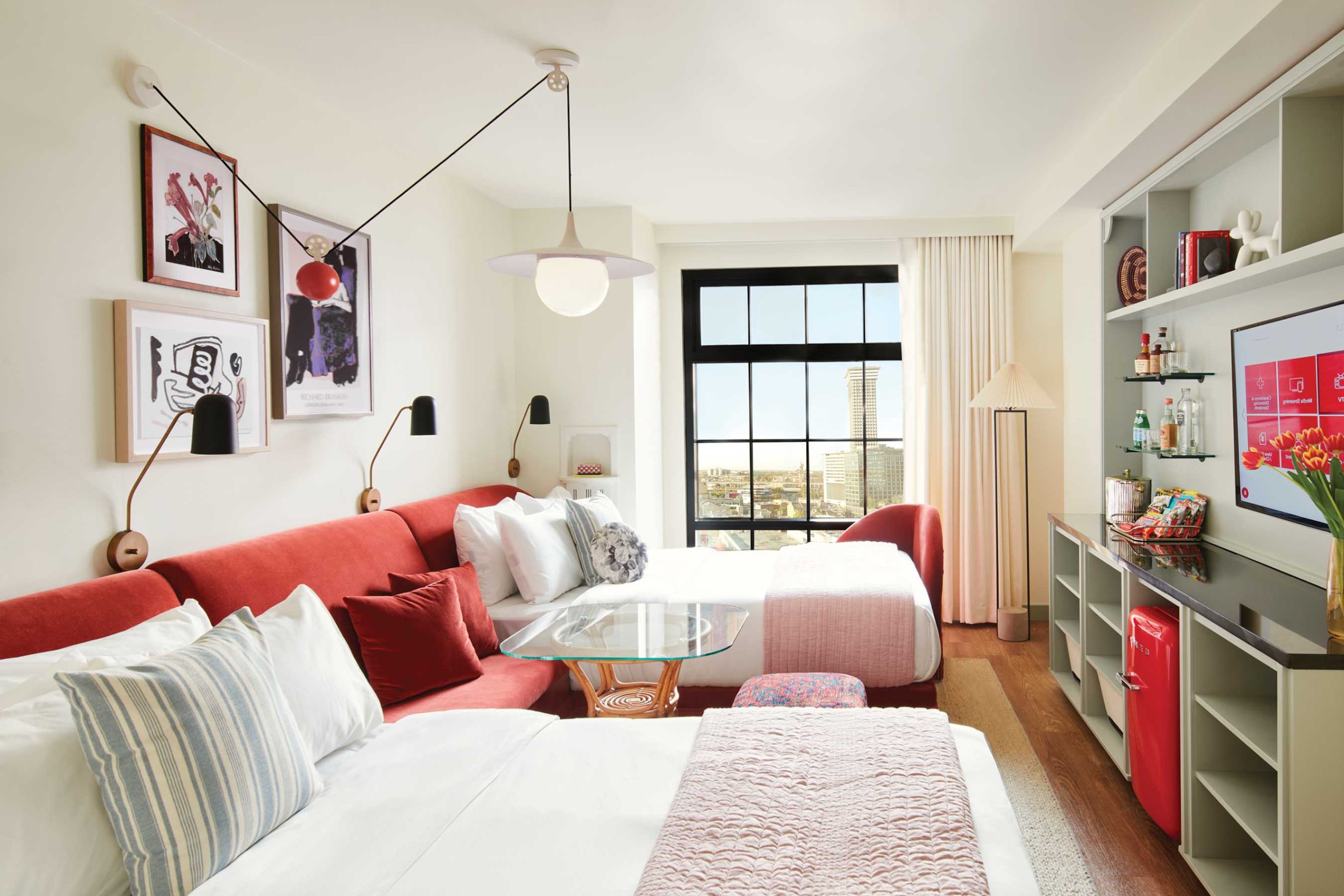 Guests can expect nothing but style and panache from the Virgin brand, and the same is true for the new Virgin Hotels New Orleans. This posh hotel features The Pool Club (a rooftop pool and bar), Commons Club (a restaurant and bar with a menu from beloved Chef Alex Harrell), the Funny Library coffee shop and swanky design throughout. 550 Baronne St., New Orleans, virginhotels.com/new-orleans 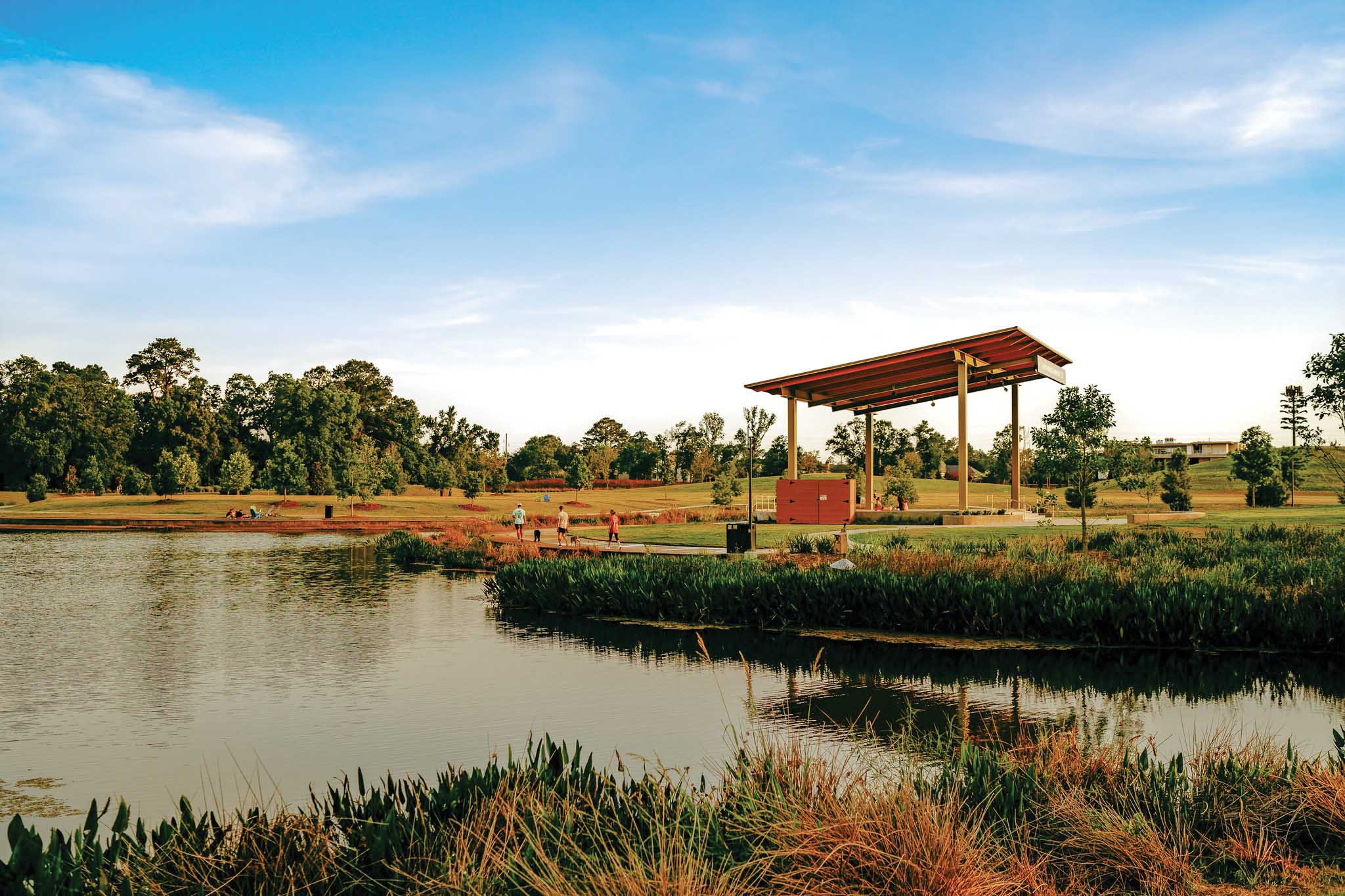 Mountain Bike Trails at Kiroli Park
The new mountain bike trails at Kiroli Park in West Monroe span three miles through dense trees. Be on the lookout for more trails to be added in the future. In the meantime, guests also can enjoy the park’s playgrounds, conservatory, dog park, tennis courts and more. 820 Kiroli Road, West Monroe, cityofwestmonroe.com 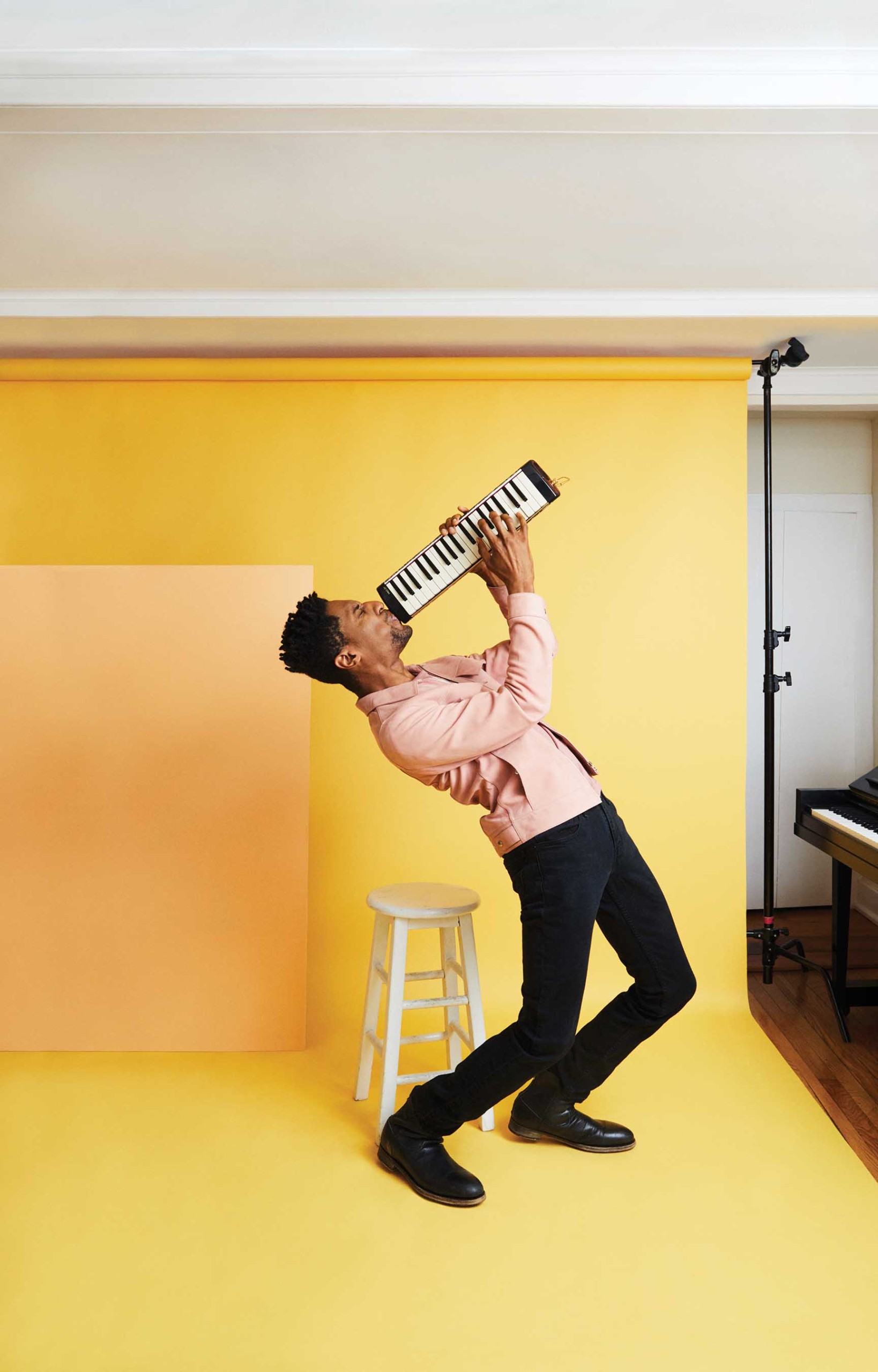 Winner
Musician Jon Batiste, who grew up in Kenner, recently won five Grammy Awards — including Album of the Year for “We Are,” Best Music Video for “Freedom,” Best Score Soundtrack for Visual Media for “Soul” (shared with Trent Reznor and Atticus Ross), and Best American Roots Song and Best American Roots Performance for “Cry.” Batiste had 11 nominations, the most for any artist during the 64th Annual Grammy Awards. jonbatiste.com

Runners Up
Dennis Allen
Last February, the New Orleans Saints named Dennis Allen as the 17th head coach for the franchise. Allen, who spent the previous seven seasons as defensive coordinator for the Saints, also previously served as head coach for the Oakland Raiders from 2012-2014. Here’s hoping for another Super Bowl win! neworleans-saints.com

Derek Stingley Jr.
Cornerback Derek Stingley Jr., who attended The Dunham School in Baton Rouge, was a first round draft pick (selected No. 3 overall) in the 2022 NFL Draft by the Houston Texans. He played college football at LSU, and he joins defensive end Tyson Jackson (2009) as the highest picked defenders in LSU history. houstontexans.com 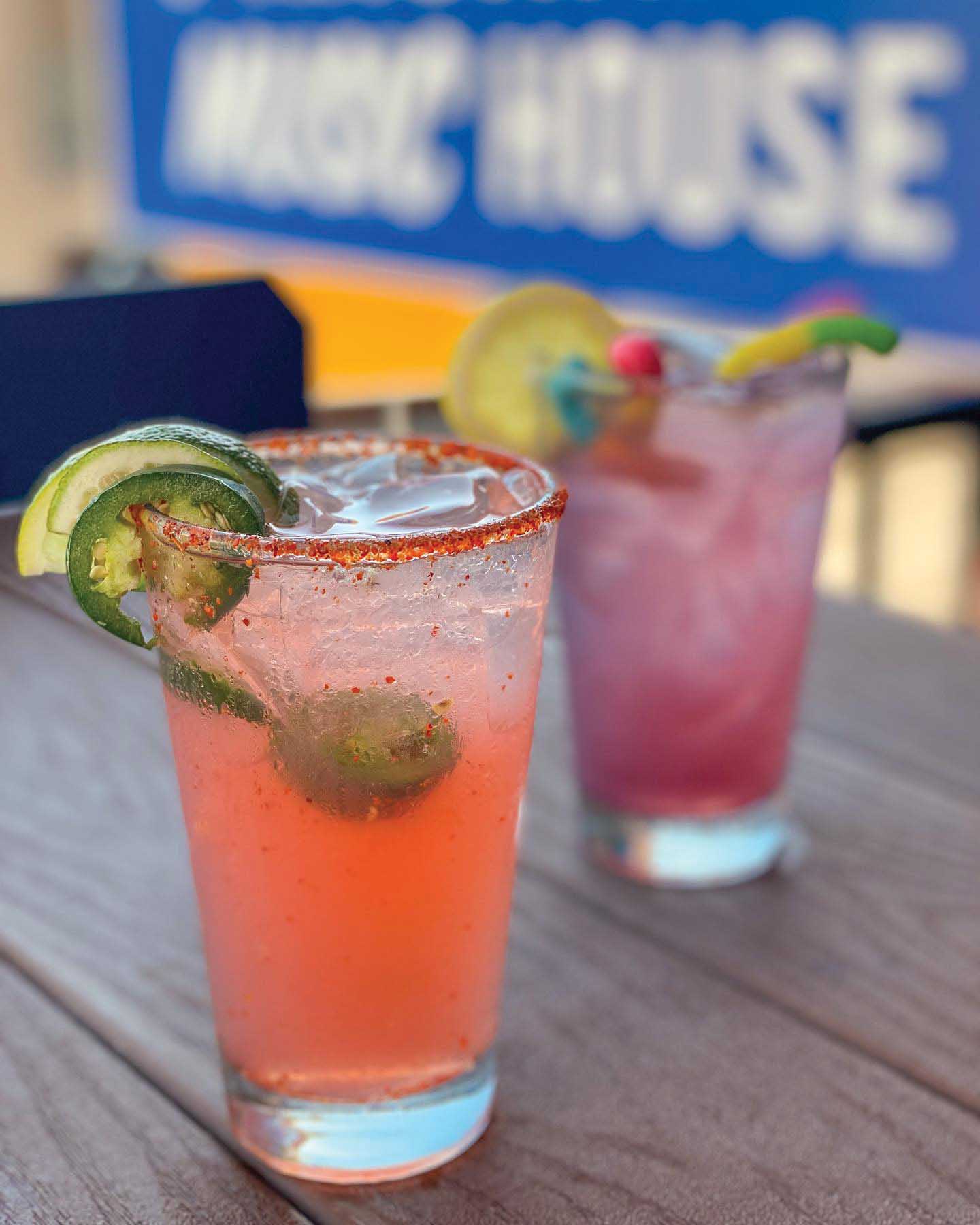 Runners Up
Hideaway on Lee
Hideaway on Lee is a bar, restaurant and music venue located within a converted home in Lafayette. The interior is reminiscent of old hotel bars, and the cocktails change with the seasons. However, some classics are always on the menu (such as the Manhattan and Negroni). The food menu leans heavily on burgers — serving classic burgers, regional burgers and a few unique creations — and we suggest trying the California Love (a smash burger with American cheese, secret sauce and pickles). 407 Lee Ave., Lafayette, hideawayonlee.com

A Kebab by Any Other Name