A beloved Louisiana author dies, an iconic dance hall is sold and other news from around the state 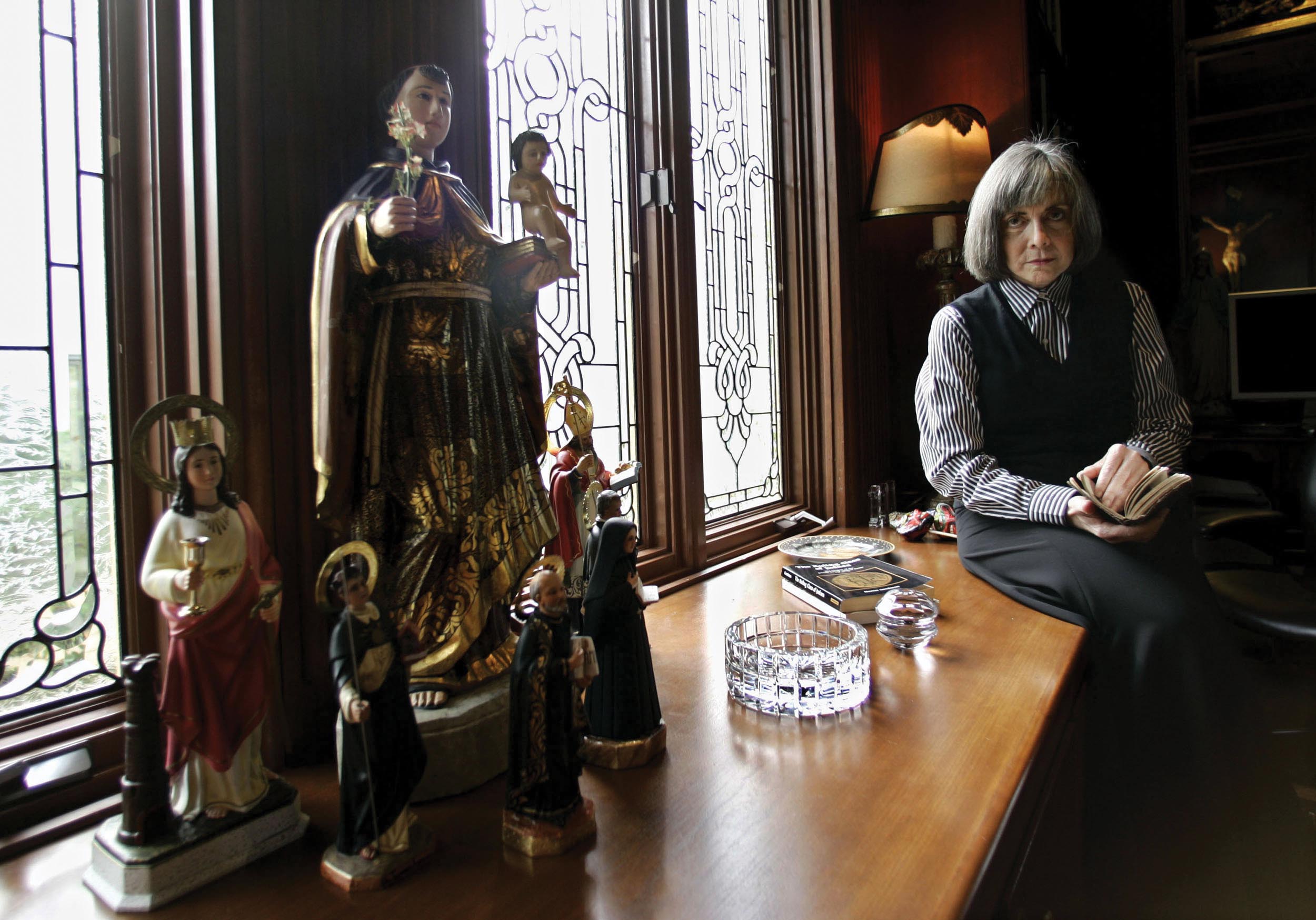 Plans are underway to celebrate the life of the late Gothic novelist and New Orleans native, Anne Rice, who died after complications from a stroke in December at age 80. The event “will be open to the public and will invite the participation of her friends, readers and fans,” according to her son, Christopher Rice. Although Rice published more than 40 books that sold 100 million copies, she is best known for her 1976 debut novel, “Interview with the Vampire,” which is making a comeback as an AMC series being filmed in New Orleans (adapted from the original 1994 film starring Brad Pitt as “Louis” and Tom Cruise as “Lestat”). Cathartically written during a time of grief, it was published 4 years after Rice’s 5-year-old daughter Michele’s death. “Lestat was Stan (her late husband) and I was Louis and Claudia was Michele,” Rice told Event magazine. In the TV adaptation, actor Jacob Anderson, who many know from “Game of Thrones,” is in the lead role as “Louis,” a young man seduced into the world of the undead by amoral “Lestat.”

Dancing with Crowbars
“The offer came out of the blue,” said Frank Randol, owner of Randol’s, the iconic 50-year-old Cajun dance hall and restaurant that was recently sold along with his seafood processing plant. On its fourth dance floor, Randol’s was famous for hosting Crowbar Parties to replace each worn-out floor. Dancers used crowbars to remove the planks over three nights while they kept waltzing to Cajun bands. In the 1980s, Randol introduced Cajun food and culture to major U.S. markets. 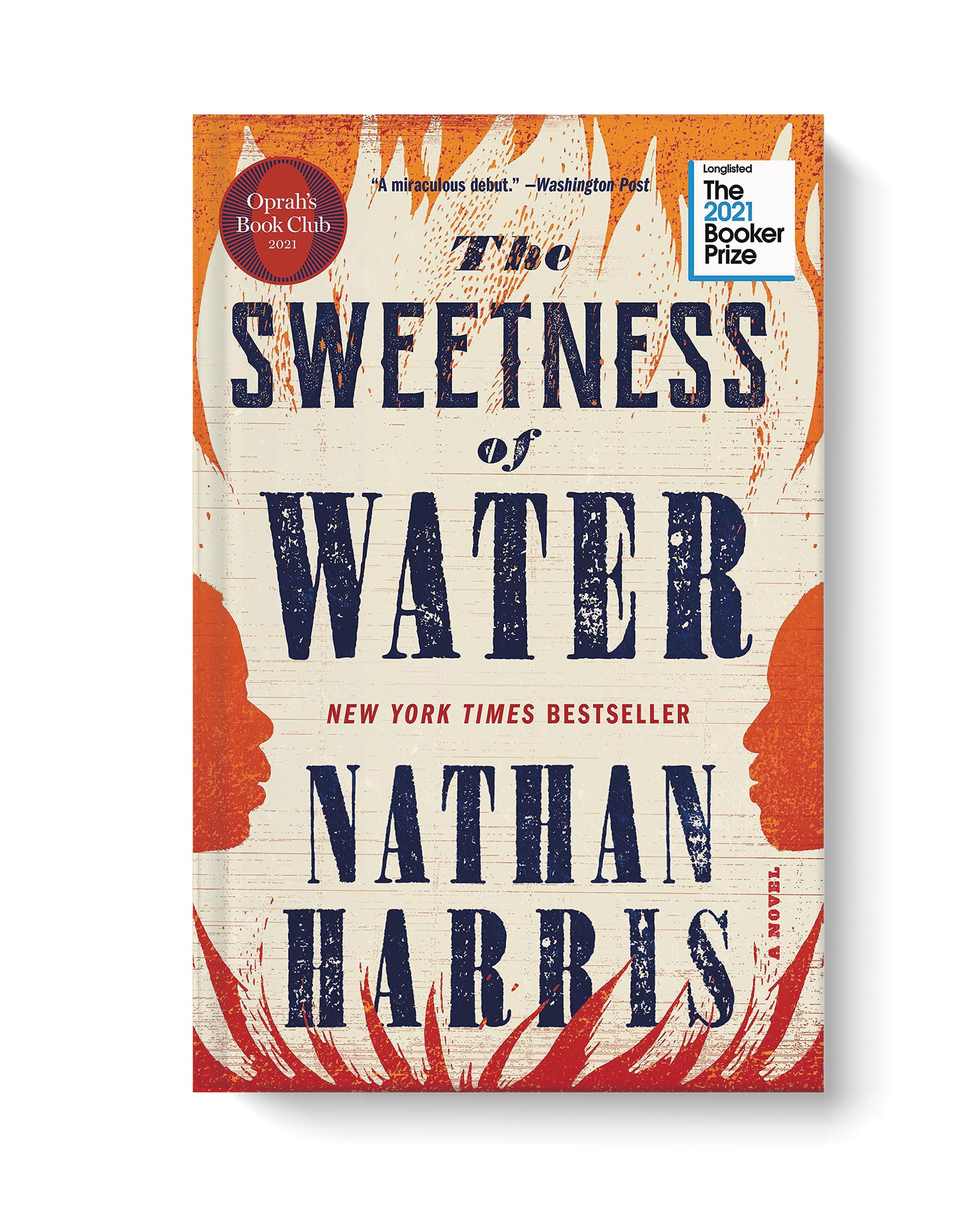 Writer’s Meteoric Rise
“The Sweetness of Water,” Nathan Harris’ debut novel, won the $15,000 Ernest J. Gaines Award for Literary Excellence. The award will be presented by the Baton Rouge Area Foundation on Jan. 25, 2022 in the Manship Theatre (Shaw Center; free). The book was selected by Oprah Winfrey for her global book club, consequently catapulting the novel onto the New York Times bestseller list. It was also longlisted for the prestigious Booker Prize.

Honored with Fame
Acclaimed central Louisiana reporter, editor and publisher Garland Forman, Jr. and preeminent North Louisiana feature columnist and author Teddy Allen were selected for the 2022 Distinguished Service Award in Sports Journalism from the Louisiana Sports Writers Association. They will be inducted in June among an elite 12-person Class of 2022 inducted into the Louisiana Sports Hall of Fame (lasportshall.com).

Hop On, It’s Free!
Starting in January, a ride on the SporTran won’t cost riders a cent. All fares for all vehicles and services inside Shreveport-Bossier City will be free as of on Jan. 2. Made possible by a federal grant that will cover the cost of SporTran bus and OnDemand travel in the SporTran service area, the free rides will last through 2023.

Lights, Camera, Edit!
Loyola’s Department of Digital Filmmaking will receive $248,975 from Louisiana’s new Entertainment Development Fund (EDF) for specialized equipment to increase student training opportunities for highly technical careers in motion picture post-production (the work done in color and finishing, digital dailies and sound post-production after the filming concludes). With the EDF award, Loyola will be launching a Cinema Workflow Initiative to give students hands-on experience with software, hardware and camera media (loyno.edu/film).

Relief on the Horizon
Gov. John Bel Edwards has announced an $11.3 million dollar housing program to aid Lake Charles’ recovery from its 2020 storms. The funds will flow through the Office of Community Development and will be administered by the City of Lake Charles. Designed to help homeowners with low to moderate incomes. Other awards from non-profits or FEMA will not disqualify a resident for being eligible. Two programs will be created: COLC Home Rehabilitation and Recovery Program and the city’s Small Rental Rehabilitation Program.

Hey, Renée
Hammond residents have been having Renée Zellweger sightings around town. The Academy Award-winning actor is starring in a limited true crime series, The Thing About Pam, currently filming in Hammond. Inspired by 2019 episodes of “Dateline NBC.” To air on NBC in 2022.

Flying High
The new $150 million Lafayette Reginal Airport Terminal, slated to open in January, is welcoming its first flights at the 120,000-square-foot terminal, located north of the 60,000-square-foot current terminal. Check out the entrance, decorated by an Acadian flag crafted in beautiful stained glass (lfairport.com).

Gator’s Gumbos
Fun fact for fans of Paramount Network’s popular TV series Yellowstone starring Kevin Costner as John Dutton, the super-rich Montana cattle baron: The actor portraying the Dutton family’s personal chef, “Gator,” is a real south Louisiana chef named Gabe “Gator” Guilbeau (raised in Baton Rouge). His Cajun gumbos and smoked meats became so popular among the Yellowstone staff that he was given a recurring role with his real-life name, “Gator,” in Season 4, which ends in January (paramountnetwork.com).

Amazing Kid
Harvey native, Zaila Avant-garde, known as the first African American to snag a victory when she won the 2021 Scripps National Spelling Bee, received yet another honor. She has been named the SportsKid of the Year by Sports Illustrated, and holds three basketball-related Guinness World Records for dribbling the most basketballs at once. She also has a passion for juggling. Whether it’s dribbling down the basketball court or rattling off complex spellings, the 15-year-old star from Harvey is making Louisiana proud.

Place Those Bets
With the recent grand opening The Rez Sportsbook at Coushatta Casino Resort, fans looking to place a bet on their favorite sports team will now be able to do so at the resort, which boasts the largest gaming floor in southwest Louisiana (coushattacasinoresort.com).

Along the Teche
The featured Great Southern Writer for the Books Along the Teche Literary Festival (April 1-3) will be Osha Gray Davidson, author of The Best of Enemies: Race and Redemption in the New South (which was made into a major motion picture). Attendees can follow James Lee Burke’s favorite character during Dave’s Haunts and Jaunts bus tour, watch cooking demos, enjoy live music and take a ride down the Bayou Teche with T-Boy’s Bayou Adventure Tour (BooksAlongTheTecheLiteraryFestival.com).