Boudin is good on its own, but as a stuffing the possibilities are as endless as your imagination 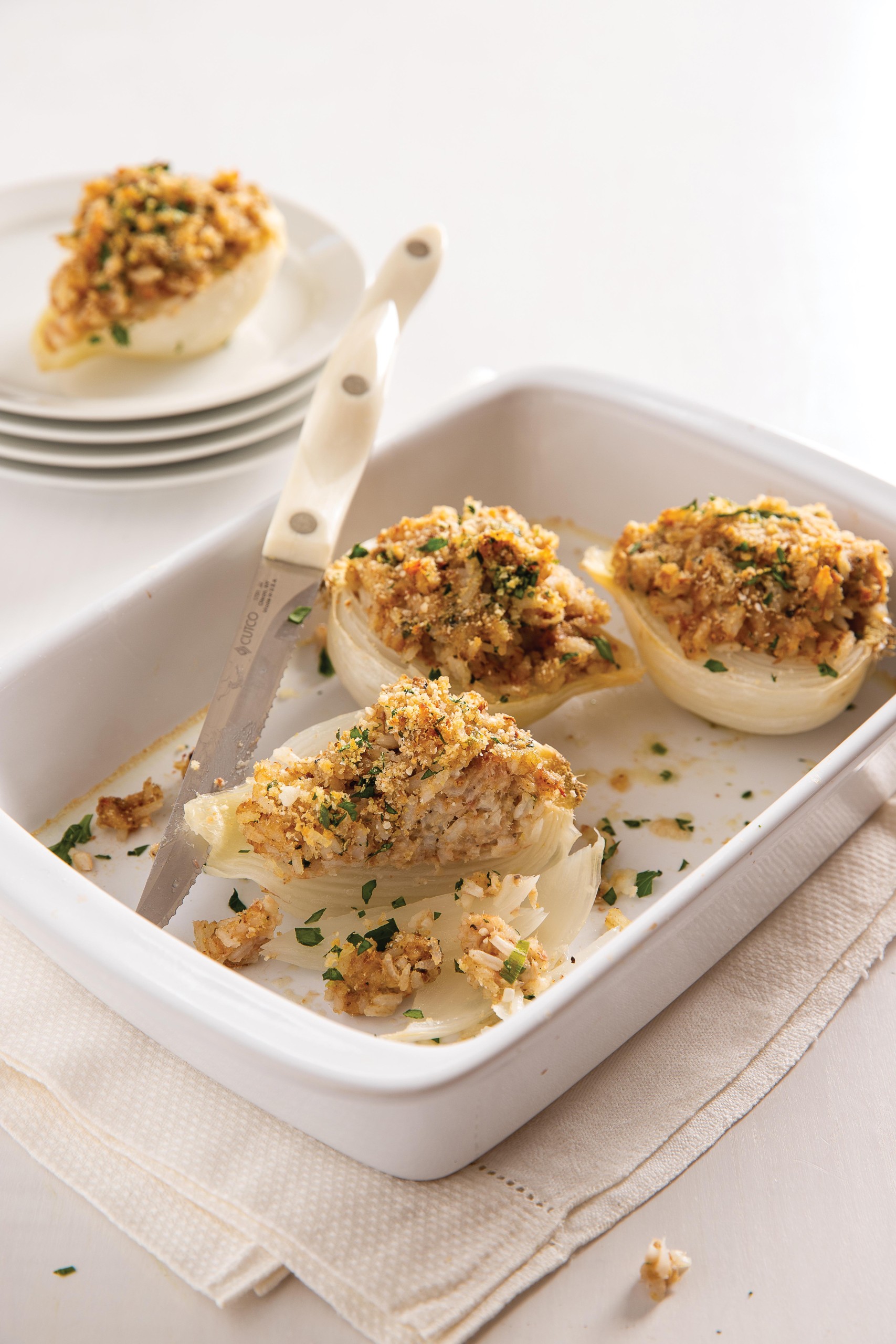 I used to say travelers know they have reached South Louisiana when hot boudin is available at roadside gas stations. That was once a reliable indicator, but I doubt that it still is. Fields of sugar cane and crawfish ponds, which are defining features of the South

Louisiana landscape, have been working their way north, and boudin has followed in their wake.

I’m reminded of my favorite radio ad: “I-10 is a long, lonely road without boudin and cracklins from the Best Stop in Scott!” Today you could substitute I-49 for I-10, and no one would bat an eye. Some lament a cultural homogenization that blurs regional distinctions, and I’m one of them, but not when it comes to the geographical spread of boudin. I’m all for it.

Boudin is made from a seasoned pork and rice mixture that is cooked and stuffed into a sausage casing. But the final product varies greatly from place to place in terms of the ratio of meat to rice, the degree of seasoning, how fine or coarse the meat is ground, the inclusion of liver (or not), and so on. There is also boudin made with crawfish or shrimp or chicken in place of pork. Less common is boudin made with riced cauliflower instead of rice (watch those carbs!).

Boudin is a popular snack often accompanied by a bag of cracklins and a cold beer. It is also a popular breakfast food. Meat markets and stores that sell hot boudin usually open by six or seven in the morning to accommodate the breakfast crowd. In the evening, it’s not unusual to find slices of boudin served on silver trays at cocktail parties. Boudin can also be taken out of its casing, formed into patties and pan fried or broiled.

Most boudin is eaten on its own, but it is also used as a stuffing in pork chops, roasts, chicken and vegetables. Then there are boudin balls: boudin is taken out of the casing, formed into balls, battered and deep fried, sometimes with a piece of pepper jack cheese in the center. There are also boudin egg rolls, boudin pizzas, boudin sandwiches, boudin king cakes, boudin burgers, boudin kolaches and smoked boudin, just for starters.

The recipes this month use boudin as a stuffing — for peppers, onions and mushrooms. There is also a recipe for boudin turnovers and one for boudin patties.

Place unpeeled onions in large pot, cover with water, bring to a boil and boil for 20 minutes. Drain in a colander and rinse under cold water.
Preheat oven to 375 F. Peel onions, then cut in half lengthwise. Remove center section of each onion, leaving a shell several layers thick. (Reserve removed sections for another use.) Sprinkle onion shells with salt and stuff with boudin. Place stuffed onions in a baking dish, top with bread crumbs and dot with butter. Pour ½ cup water in dish and bake in preheated oven until browned, about 30 minutes. Makes 4 servings.

Preheat oven to 350 F and oil a shallow baking dish.
Cut off top of each pepper and reserve. Remove seeds and ribs from peppers. Sprinkle with salt. Using a sharp knife, slit boudin casing. Remove boudin and fill each pepper, without packing. Place peppers in baking dish and replace their tops. Add ½ cup water to dish and bake for 90 minutes. Makes 4 servings. 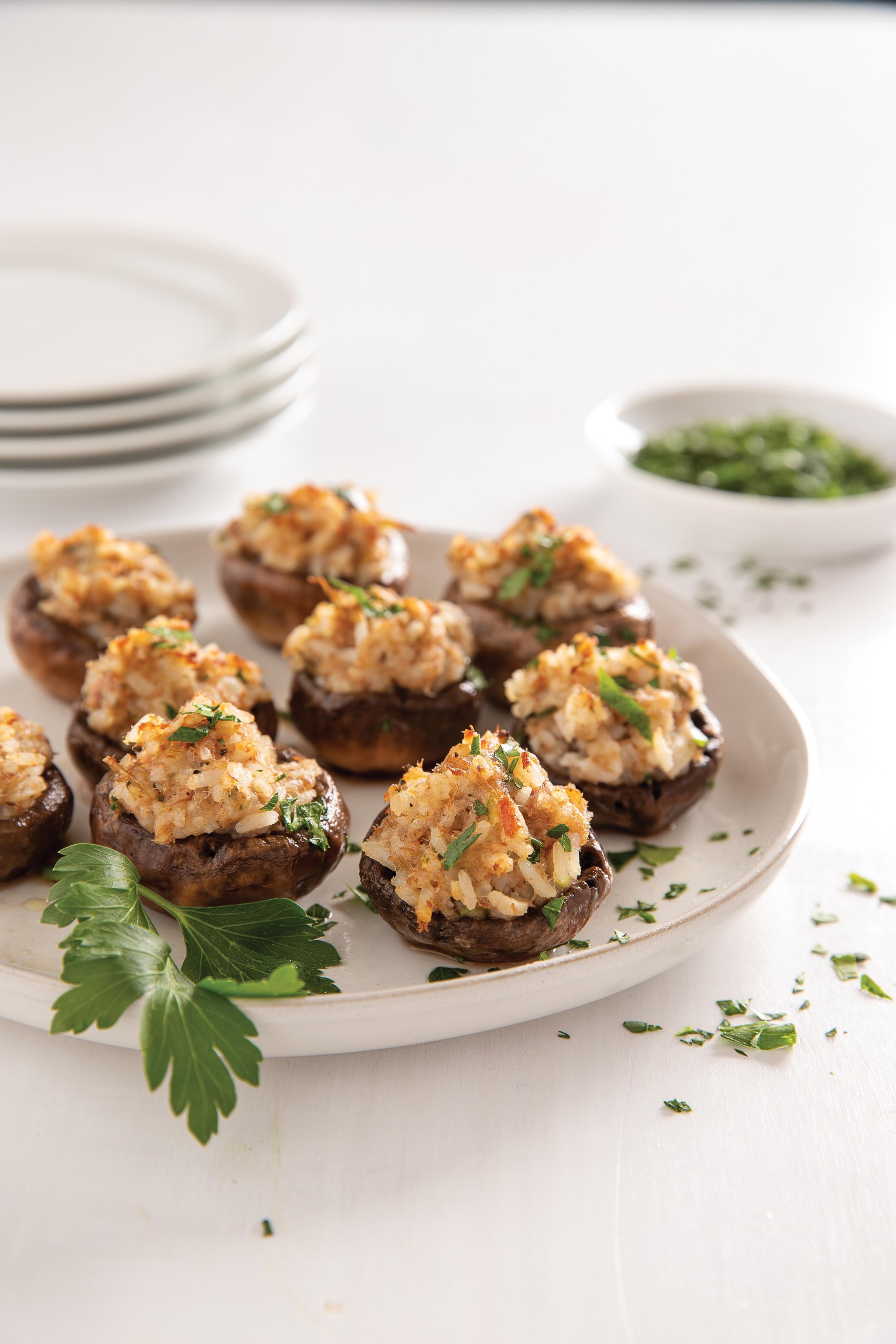 Mix flour and salt in bowl. Work shortening or lard into flour with your fingertips or a pastry cutter until mixture is mealy. Drizzle in water, mixing with a fork, until dough comes together. Turn out onto a lightly floured surface. Knead a few times and form into a disc. Wrap in plastic film and refrigerate for 30 minutes or more.
Preheat oven to 425 F. On a lightly floured surface, roll dough out to a thickness of ¹/8-inch. Cut out rounds of dough 4-inches in diameter. Combine scraps, roll out again, and cut more 4-inch rounds. You should have 9 to 10 rounds of dough.
Form boudin into lumps about the size of a large pecan and place one on each round of dough. Moisten edge of dough with water, fold over, and press with fingertips to seal. With the palm of your hand, gently flatten turnover. Place on an ungreased baking sheet. Repeat with remaining rounds of dough. Brush turnovers with milk and bake in preheated oven until browned, about 15 minutes. Remove turnovers to a rack. Serve hot or warm. Makes 9 to 10 small turnovers.