Rambling Through The State

From the Executive Editor’s Desk

When I was a kid my dad once took me by passenger train to visit relatives near Marksville. The train, called the Southern Belle, was operated by Kansas City Southern railroad.

I have three main memories from the experience. One is that it was unusual for a dad to take a mere kid to something as swanky as a dining car where the walls had decorations, the waiters wore service jackets and the menu offerings were advanced beyond hot dogs. My dad probably thought I would always remember the experience, and, as I sit at the keyboard today, boy was he right.

Experience two was that somehow, I was convinced to order Redfish Couvillion. I had never heard of that word “Couvillion” (pronounced roughly coo—vee—on) and I probably never heard of redfish which I would come to realize was several steps above canned tuna or fish sticks.

But it was the third memory that would linger the most. As we waited to be served fellow diners began pointing to an automobile that was on the highway near Morgana paralleling the train track. The driver was keeping up with the train’s speed while incessantly blinking his lights. “Who is that guy?” fellow travelers wondered. “He must be crazy!” Not even the Couvillion could compete with this spectacle.

None of us realized that a greater spectacle was the Southern Belle itself. These were the last days of commercial passenger service.

Kansas City Southern was, and still is, very important to Louisiana commerce as a freight hauler. The Missouri-bound passenger train connected New Orleans and Shreveport.

In better days there were other passenger lines slicing through the state and terminating in New Orleans. The most famous ones were Illinois Central’s Chicago-bound City of New Orleans and its Panama Limited; Southern Railway’s Crescent rambled through D.C. on the way to New York; There were also Southern Pacific’s Sunset Limited and Louisville and Nashville’s (L & N’s) Hummingbird.

Interstates, trucking and air service would contribute to the demise of commercial passenger service. Where passenger trains survive now, they have been taken over by Amtrak since 1971. Of those that touch Louisiana only the City of New Orleans, the Crescent and the Sunset Limited still exist. Today, there is no passenger rail service through the center of the state. New Orleans to Shreveport? Fill your gas tank and take either Louisiana Highway One or I-10 to 1-49. Along the way you will see the routes where the Southern Belle once rumbled.

If your route takes you through Morgana you would be taking the path where the driver was blinking his lights at the train. The next day after our arrival my father was taking to one of his brothers, Henry, who asked if we noticed him blinking his lights. It was no crazy guy after all, it was my uncle.

Couvillion was a method of preparing fish as a stew. Redfish provided a popular way to serve the dish until a few years later when Cajun Chef Paul Prudhomme (who was from Opelousas not far from the Southern Belle’s route) created a charred spicy preparation known as Blackened Redfish. The fish would seldom be experienced stewed again.

I guess we should have known from my uncle’s automobile lights keeping pace with the train, the future was approaching fast.

Louisiana Insider
Catch up on the latest podcast episodes here> 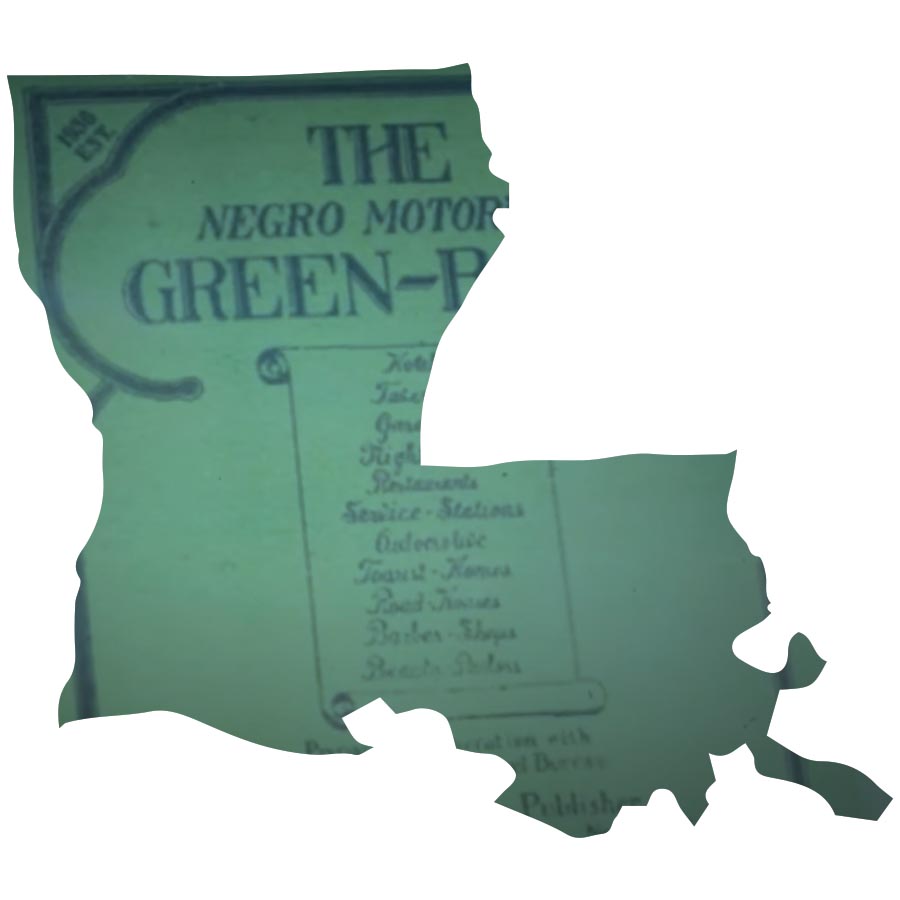 Episode 65
Adventures in No Man’s Land
There was once a part of present day Louisiana that neither France nor Spain could decide on who was the possessor, so it was declared a neutral ground known as “No Man’s Land.” Guests: Filmmakers Bill Rodman and Flo Ulmer-Rodman, along with historian Adley discuss their documentary 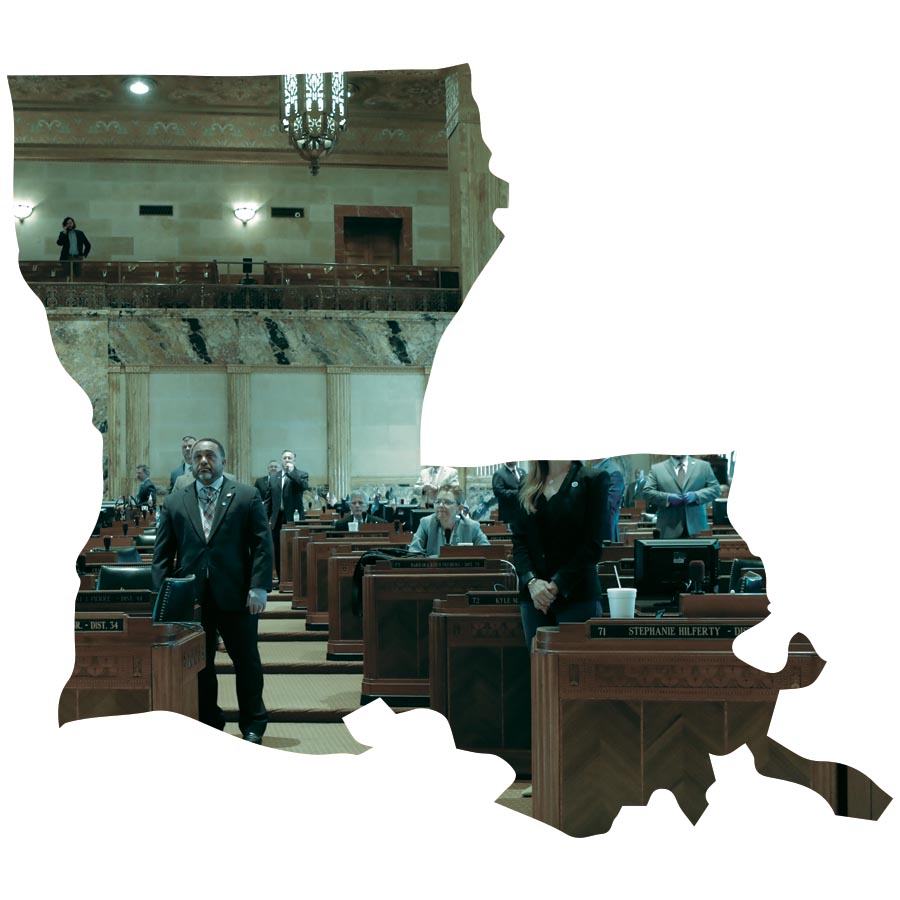 Episode 64
Notes on Votes – How Louisiana Politics is Changing
Louisiana politics is known for being colorful and controversial. It is also, like most politics, constantly changing. Guests: Pearson Cross and Christie Maloyed, political scientists and authors of “The Party is Over: The New Louisiana Politics” 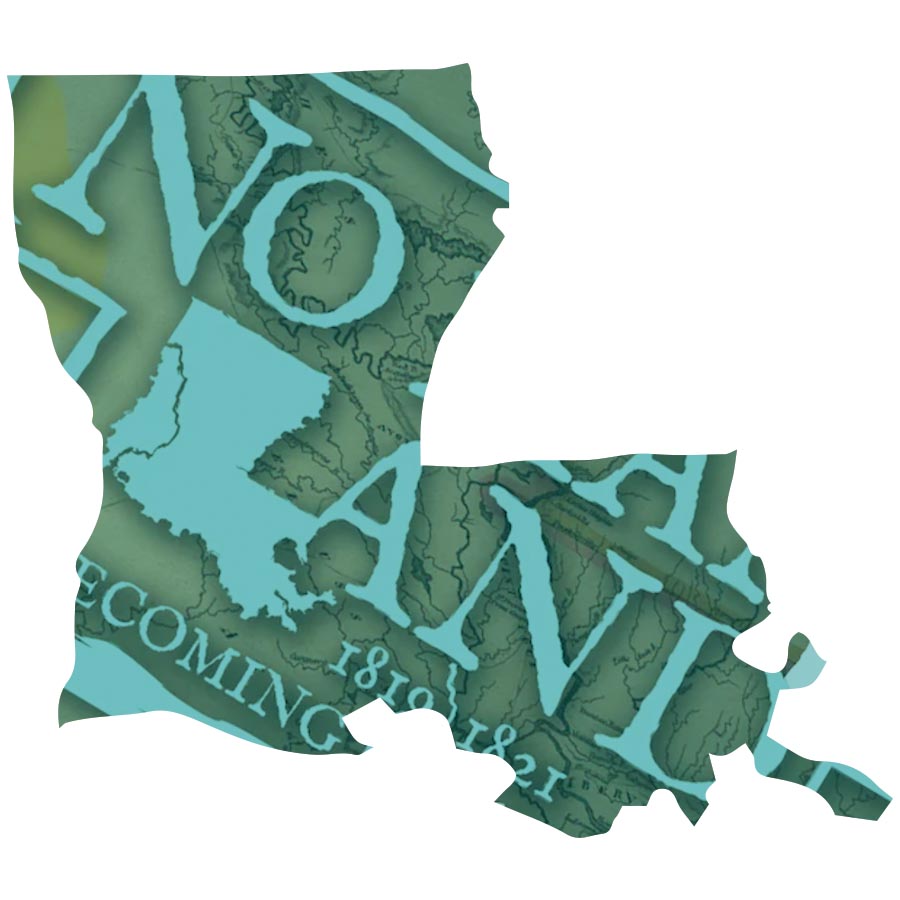 Episode 63
Exploring The Green Book – A Travel Guide From The Age Of Segregation
In the days of racial segregation many road places were denied to black travelers. A guidebook offering travel suggestions was called “The Green Book.” Louisiana Public Broadcast has put together the documentary “Safe Haven – Louisiana’s Green Book,” focused on key locations in Louisiana. Guests: Co-producers Kara St. Cyr and Emma Reid