The craft distilling business is booming nationally, with over 500 distilleries across the country. Louisiana is following the trend with distilleries opening throughout the state, making a variety of spirits. Here, four companies share their toast-worthy success stories.

Atelier Vie is best known for launching Louisiana’s first legal absinthe in 100 years, but owner Jedd Haas is equally excited about one of their newest products: Euphrosine Gin #9. Haas was not always a gin fan – but his partners were. “They were eager to create a gin, and since I had a negative opinion about the spirit, the bar was very high for us to come up with something great,” he says. The partners began working on several recipes. Haas notes there was a lot of tasting and discussion because “sensory evaluation is a very important part of this business.”  Eventually, they chose their ninth iteration as their favorite. The distillery’s location on Euphrosine Street in New Orleans led to the gin’s name.

Haas feels this spirit is a very friendly, accessible gin. “A lot of gins hit you over the head with a blast of juniper. Our goal was to create a more balanced flavor profile,” he says. It’s a taste that won Haas over to the spirit, and others agree with his assessment; Euphrosine Gin #9 has won two gold medals and Best of Category at spirits competitions. Atelier Vie has also been working on a barrel-aged version, aging the gin in a whiskey barrel. He notes, “The barrel gives the gin a little bit of a whiskey and vanilla flavor.” Visitors to the distillery have been able to taste this new product and Haas says “Their reaction has been strong and favorable.” He hopes to have the barrel-aged gin in stores by summer, ready for warm-weather sipping. Speaking of sipping, he says, “One of my partners says that people don’t sit around drinking warm gin, but our gin is so delicious, people might start. It’s a real sipping gin.”

The distillery is open for tours and tastings every weekend from 10 a.m.-2 p.m.
Information, ateliervie.com 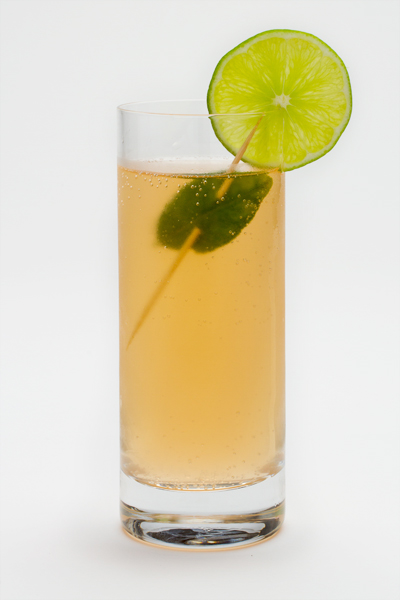 Add ingredients to a shaker tin, including a ripped kaffir lime leaf. Shake and strain into a Collins glass, top with soda. Garnish with the kaffir lime leaf and a lime wheel. 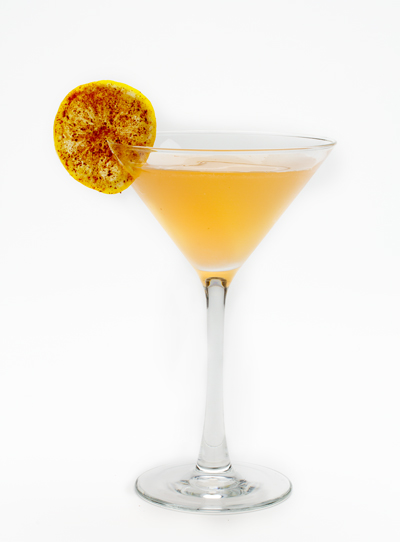 Add all ingredients to a shaker tin, shake and strain into a chilled cocktail glass. Garnish with a cinnamon-dusted lemon wheel.

For Cinnamon Syrup Steep cracked cinnamon sticks in simple syrup (water and sugar with a ratio of 1:1) on low heat in a covered pot. Let simmer until syrup has a brown hue to it. Strain out cinnamon stick pieces and let cool.

Donner-Peltier Distillery was opened in 2012 by two sets of friends, Henry and Jennifer Peltier, and Tom and Beth Donner. Their original plan was to make rum, since the distillery is in the heart of sugar country, but rum takes aging, so they also wanted to make a product they could get to market faster. Vodka was the obvious spirit to make, since it requires no aging and is the country’s most popular liquor. But the owners still wanted to keep that Louisiana influence, so they turned to another state crop as their vodka’s base: rice.

Converting Louisiana long grain rice into simpler sugar that could be fermented, however, took trial and error, most of which occurred in the Donners’ kitchen. They spent time grinding rice into different textures, cooking it and adding enzymes to break larger sugar molecules into smaller ones. But even after they figured out how to create a product that could be distilled, Henry Peltier remembers wondering, “Would it actually taste good?” Indeed, it does. Peltier describes the taste as “creamy, smooth and a tiny bit sweet because of the rice. It’s the rice that makes it stand out from most vodkas.” They named it Oryza, the Latin word for rice. Not long after Oryza was launched, their rum, Rougaroux, also hit the shelves. The distillery soon began working on new products. Oryza Gin also has a Louisiana connection featuring the state’s citrus, and LA 1 is the first aged Louisiana whiskey available since Prohibition. Peltier happily reports, “We are having trouble making enough of it.”

The distillery is located 45 minutes from both Baton Rouge and New Orleans, and Peltier encourages visitors to make a day of their distillery tour. He suggests stopping  at nearby plantations and taking swamp tours along the way. Donner-Peltier distillery is open every day from 12-6 p.m. for tours and tastings.
Information, dpdspirits.com 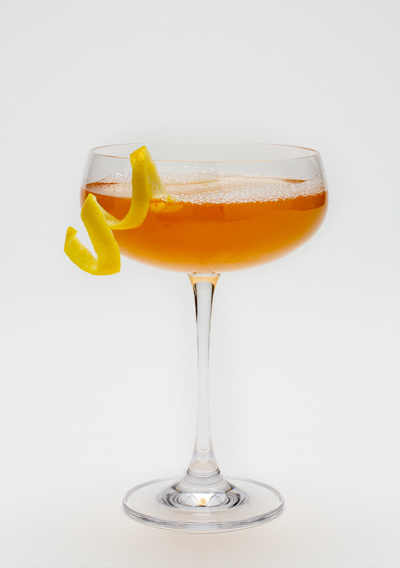 Add lemon juice and pepper jelly to a shaker tin and stir to incorporate the pepper jelly. Add vodka, bitters and St. Germain. Shake and strain into a flute or coupe. Top with champage and stir slightly. Garnish with a lemon pig tail. 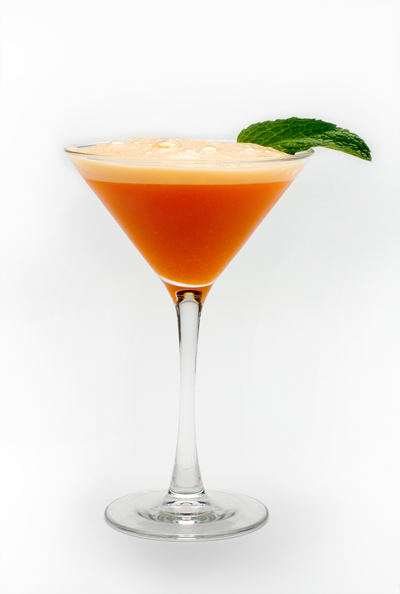 For Carrot syrup Gently warm fresh carrot juice and stir in an equal volume of sugar.

At Louisiana Lightning, making whiskey is a family affair, headed by the father-and-son team of Lionel and Matthew Dufour. Launched in November of 2014 in Amite, the distillery offers unaged whiskey and a strawberry-flavored whiskey featuring Louisiana berries. Matthew Dufour notes that his father had wanted to make whiskey “for years.” Lionel thought it was odd that a state famous for a street named Bourbon wasn’t making any bourbon. “He decided to fill that void,” says Matthew. They hope to launch that true, aged bourbon soon. In the meantime, customers can enjoy their unaged whiskey, an easy-sipping product they are proud of. “We’ve put it in seven tasting competitions and won a medal in each,” says Matthew. He describes the taste as smoother than most white whiskeys and even smoother than many aged whiskeys.

The family ties behind the company started over 81 years ago when Lionel’s father opened a meat-processing business in New Orleans before moving it to Amite in 1982. “My dad worked with his father, and now I work for mine,” Matthew says, adding that it was a surprisingly easy transition for his family’s company to add whiskey-making to their repertoire. “We like to create products that make people happy. It’s a pleasant sensation to see your product end up in somebody’s grocery basket,” he says. Unlike other distillers who have a menu of spirits, Louisiana Lightning has no plans to offer anything other than whiskey. “We are whiskey guys,” says Matthew. “We’ll stick with what we know.”

The company hopes to offer regular public tours soon, in addition to creating a picnic area along the lake next to the distillery and even a garden where they can grow strawberries for their whiskey. Dufour calls it  “a farm-to-bottle approach.” In the meantime, folks who want to visit Louisiana Lightning can arrange for a private tour. Information, louisianalightning.com 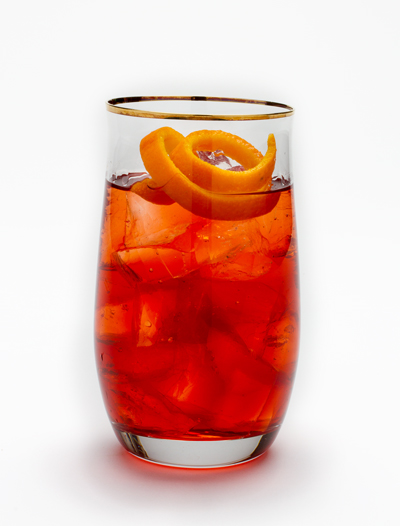 Build in a mixing glass, stir and serve in a rocks glass on fresh ice with an orange peel garnish. 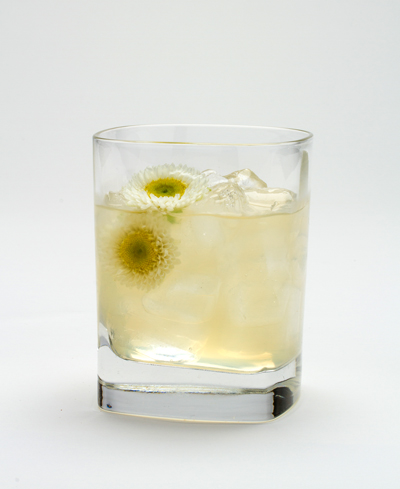 Combine ingredients in a tin and shake with ice. Strain over fresh ice in a rocks glass, and garnish with an edible flower.

The folks at Louisiana Spirits have only one goal: to make a world-class rum. Founder Trey Litel comes from a spirits background, having worked for Bacardi in California and Miami. He always wondered why Louisiana, with its rich sugar history, had not created a premium handcrafted rum. Like any good idea, the plan to make rum was first bandied about “in the duck blind” with his partners, brother Tim Litel and friend Skip Cortese (all Louisiana natives). “We talked about launching a Louisiana rum for years,” he says. The team started researching what they would need back in 2010. That’s when they decided to create a brand from the ground up.

Bayou Rum is made entirely of Louisiana cane, supplied by M.A. Patout & Sons Enterprise in Patoutville, who have been in the sugar business since 1829. Litel says, “We use molasses which creates a rich, flavorful rum. We also use raw, unrefined sugar, which you can only get from factory. It makes a nice difference in our flavor profile.”

Rather than begin with a broad portfolio of spirits, Louisiana Spirits is only making rum. Litel believes there’s tremendous opportunity there. He asserts, “We are focused becoming America’s rum.” This is not an unreasonable goal. Litel points out that American whiskey is an internationally respected and prized product and sees no reason American rum can’t follow in its footsteps. To ensure the quality of their product, Louisiana Spirits brought in international talent and their master distiller and master blender have years of spirits industry experience. Litel is firm in stating, “This isn’t just a hobby of Trey, Tim and Skip.”

Litel invites folks to come to the 35,000 square foot distillery, which is just off I-10. “We have a beautiful visitor’s center with ponds, cypress trees and ducks.” There you can learn not only how rum is made, but also a bit about the state’s sugar history. There is also the opportunity to have a guest pass to work the bottling line, which can be obtained by signing up on their website. 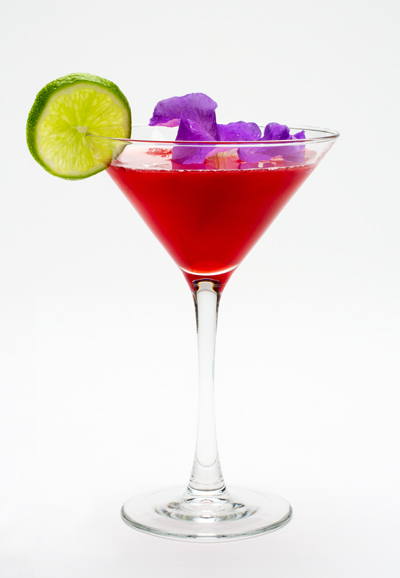 Build in a tin and shake with ice. Strain into a chilled cocktail glass. Garnish with a lime wheel and a hibiscus flower. 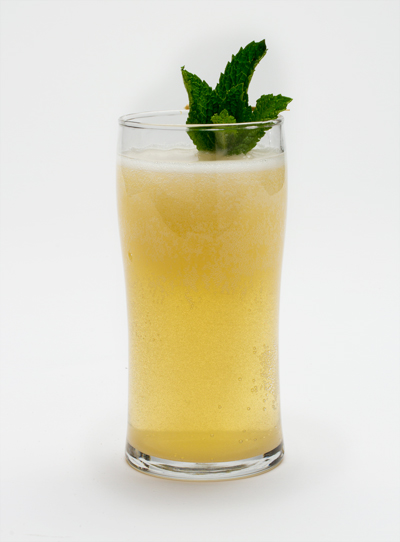 Add rum, lemon, honey and mint to a shaker tin and shake with ice. Strain into a Collins glass, and top with champagne.Give a quick stir. Garnish with a mint sprig.