Chef Nathan Richard of DTB (dtbnola.com) was crowned the 2019 King of American Seafood for his luscious crawfish and goat cheese king cake with cream cheese pepper jelly and Cajun caviar. “I’m serving it at DTB with optional caviar during Carnival season, but you can also get it year-round from cajungrocer.com,” says Richard.

Chef Kelly Fields (winner of a 2019 James Beard Award) and her team at Willa Jean (willajean.com) in New Orleans offers the famous caramel crunch king cake throughout Carnival (tip: be sure to place orders a couple weeks in advance).

You can now find over 50 king cakes from a variety of places at just one location, King Cake Hub (kingcakehub.com), home of the Mortuary Haunted House featuring king cakes from Gambino’s, Bywater Bakery, Cannata’s, Caluda’s, NOCCA, Sugar Love and Girls Gone Vegan, all in New Orleans, to name a few (tip: watch for the debut of the new Dragon Claw king cake in 2020). 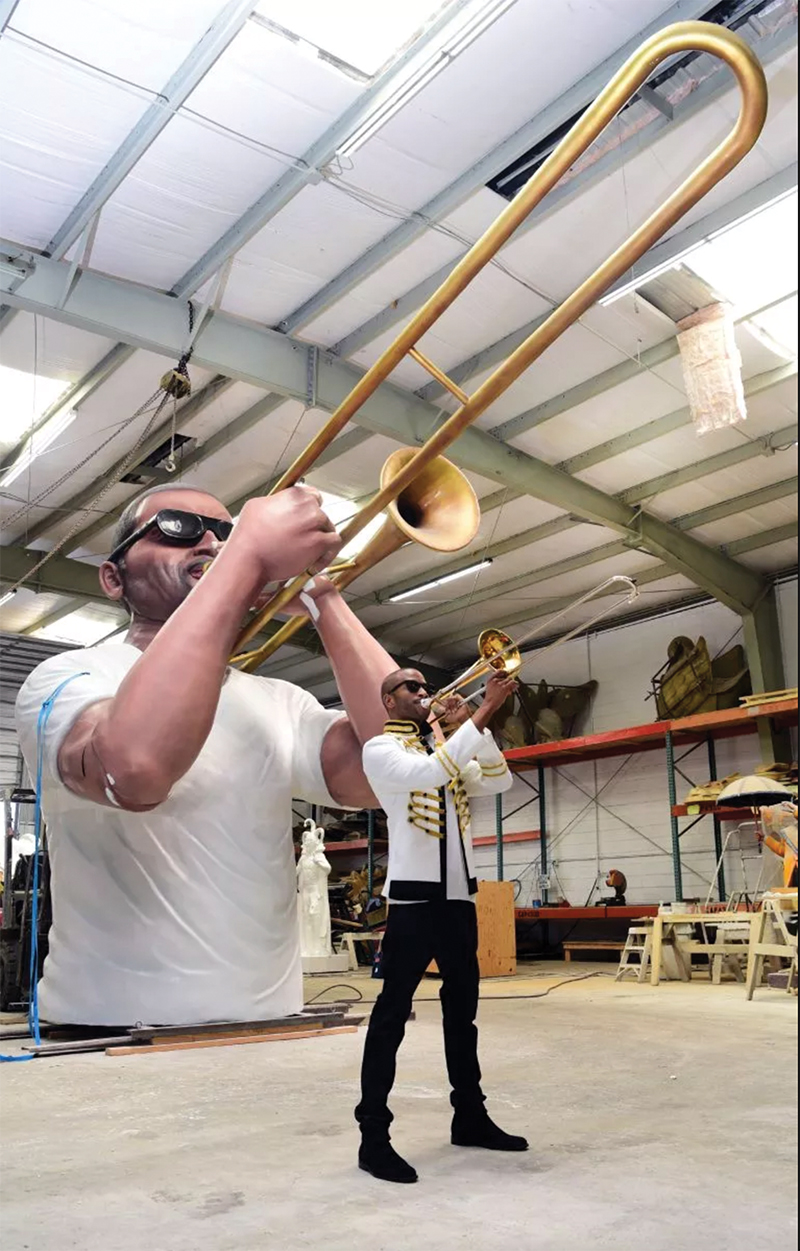 The Krewe of Freret introduces a gigantic animatronic of Trombone Shorty, its grand marshal, when it rolls Feb. 15 with seven new animated floats. Constructed by Kern Studios, the likeness of the musician is over two stories tall, making it the largest prop ever to be featured on a Carnival float. The first annual “Shorty Gras” follows the parade, with an extensive musical lineup put together by Trombone Shorty himself (kreweoffreret.com).

Anything Goes, Ending Carnival with Boats

You can rollerblade, ride bikes, tractors, trailers or cars at the unique Town of Woodworth Mardi Gras Parade Feb. 15 (alexandria-louisiana.com/mardi-gras). The Feb. 15 Mardi Gras Golf Cart and Pet Parade at Indian Creek Recreational Area has featured everything from goats to cats and turtles (alexandriapinevillela.com/event-directory/). Catch the sunset on the waterfront Feb. 25 during Tunk’s Boat Parade in Boyce; great oyster bar, quail and crawfish on the edge of Kincaid Lake (tunkscypressinn.com).