The Return of Jazz Fest and Festivals Acadiens et Créoles 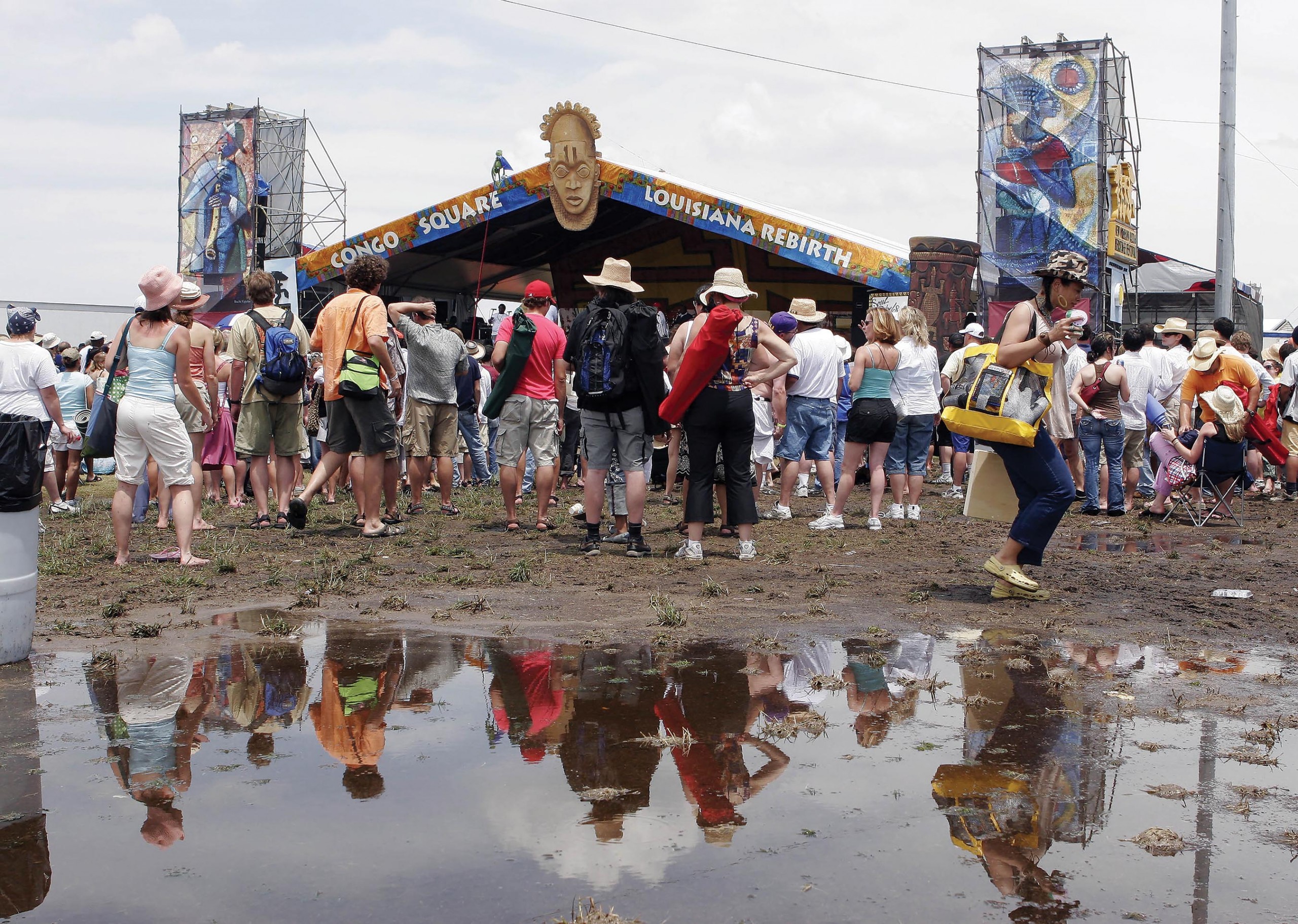 The New Orleans Jazz & Heritage Festival (nojazzfest.com) makes a triumphant return April 29-May 8 after two COVID-cancellation years. Returning headliners previously slated for 2020 and 2021 are The Who, Stevie Nicks and Foo Fighters, appearing on the heels of their new horror film, “STUDIO 666.” Even though New Orleans’ Oscar-winning composer Jon Batiste (nominated for 11 Grammys) is the subject of Terrance Osborne’s 2022 Jazz Fest poster (art4now.com), Batiste is unable to perform this year due to the May 7 Carnegie Hall world premiere of his “American Symphony” (carnegiehall.org). 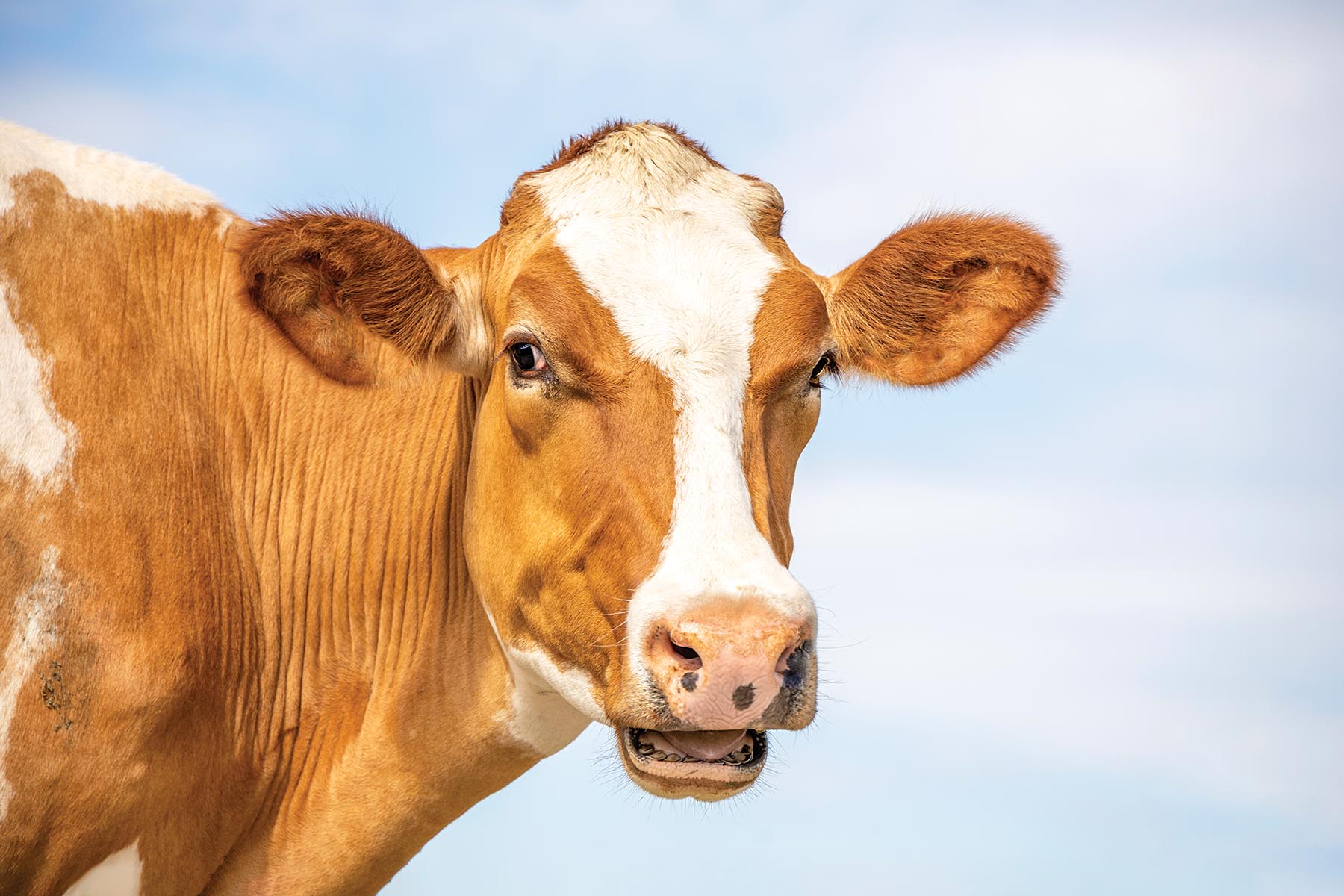 Baton Rouge
Holy Cow!
LSU students reported seeing a cow freely roaming around campus, according to social media posts. Strolling down streets at a fast clip, the sprightly bovine appeared to be rushing to class alongside students and vehicles. The cow had escaped from a 4H livestock show in Parker Coliseum. It was safely returned to its owner following an afternoon of campus glory.

New Iberia
Literary Leanings
Experience a Cajun literary adventure under the oaks during Books Along the Teche Literary Festival, April 1-3. This year’s Great Southern Writer is Osha Gray Davidson (author of “The Best of Enemies: Race and Redemption in the New South,” which became a 2019 movie of the same name). Food and demos by acclaimed Chefs Cody and Samantha Carroll of Hot Tails in New Roads (they’re opening a second location in Prairieville). Enjoy walking tours, workshops, Cajun cuisine and music by the Bunk Johnson Brass Band (booksalongthetecheliteraryfestival.com).

Shreveport
Meet Blaze
After spending several months acclimating, Blaze (the enthusiastic new shark at the Shreveport Aquarium) is now swimming in the main ocean tank with the other sharks. You can easily spot Blaze because she is the smallest of the two whitetip reef sharks. She loves her seafood and can usually be seen enthusiastically participating in public shark feedings (shreveportaquarium.com).

A renewable diesel plant at the Port of Columbia in Caldwell Parish has received a $15 million state grant for infrastructure improvement that will support 1,500 new jobs at peak construction. Strategic Biofuel’s Louisiana Green Fuels Project will reduce carbon emissions that will refine renewable diesel fuel from forestry industry waste from the area. Once completed, it will sequester enough carbon that it will be the equivalent of taking 250,000 cars off the road (facebook.com/StrategicBiofuels/).

As the financial wrinkles are being ironed out, construction on the $30 billion LNG liquefied natural gas production plant starts in April. Driftwood LNG is being built on a 1,000-acre west bank site located on the Calcasieu River, south of Lake Charles. Once online, the plant is expected to export up to 27.6 million tons of liquefied natural gas each year, and create over 400 direct jobs and 6,500 construction jobs (driftwoodlng.com).

Kudos go to Georges and Martha Ward Antoun for donating $1 million to UL Lafayette to help build a 4,500-square-foot classroom and research facility next to the solar field at University Research Park (louisiana.edu).

Entergy has donated $15,000 to the McNeese State University Foundation to support the summer 2022 session of the STEM Academy, a summer program focused on science, technology, engineering and math for children entering grades 1-8 (mcneese.edu/).

American Electric Power, which manages the nation’s largest electricity transmissions system, announced it will invest $100 million to develop a new Shreveport Transmission Control Center (STCC) with average salaries of $115,000 for the new direct jobs created. The project will result in 63 indirect jobs, and more than 80 new jobs in the Northwest region. Construction starts in early in 2022. The 77,000-square-foot facility, slated to launch in 2023, will be developed on 30 acres in Shreveport’s Resilient Technology Park (aep.com).

Louisiana Economic Development is now accepting applications for its 2022-23 CEO Roundtables series, the yearlong program that provides platforms for leaders of second-stage companies to share knowledge. LED will select up to 8 regional cohorts from companies with annual revenues of $600,000 to $50 million and staff sizes of 5-99 people. Starting in July, LED will convene each regional group 10 times for roundtables of peer-to-peer learning and networking. Applications are accepted until the end of March (OpportunityLouisiana.com/CEO-Roundtables).

Categories: Around The State, Festivals